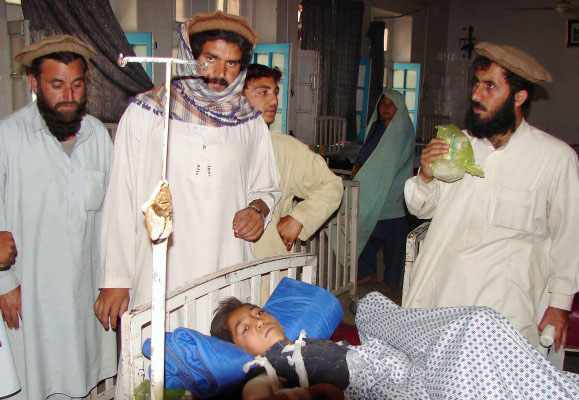 Drones killed senior militants and several civilians in an attack on a vehicle convoy that also destroyed nearby buildings.

Two mothers and their young children were among the dead. A scrap of shrapnel found at the scene was later linked to a Hellfire missile.