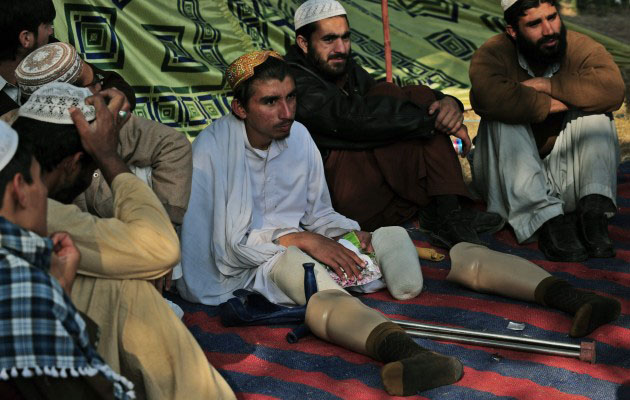 Drones hit a vehicle entering the village but a nearby home was caught up in the blast, with three members of a family killed in the evening attack.

Survivor 15-year-old Sadaullah Wazir, who lost both legs and an eye in the strike, later complained to the UN that the attack was unlawful. Senior al Qaeda leader Ilyas Kashmiri was incorrectly reported killed. He died in June 2011 (see Ob213).