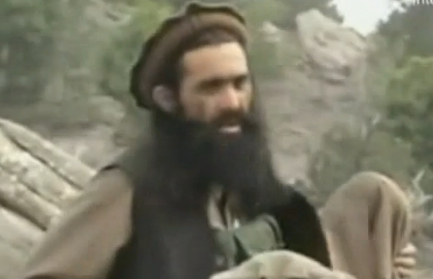 Sangeen Zadran was a senior Afghan militant and a commander of the Haqqani Network who was killed in a US drone strike on a house in Darga Mandi village, North Waziristan, September 6, 2013.

According to the UN, Zadran was born in 1976 or 1979 in the village of Tang Stor Khel in Afghanistan’s Paktika Province. He was reportedly hailed from the same sub-clan as Haqqani Network leader Jalaluddin Haqqani. According to a biography of him in Islam Times, Zadran was a relative of Haqqani.

US forces in eastern Afghanistan claimed to have killed Zadran in an ‘unspecified raid’  December 2007. ‘Sangeen was responsible for attacks on Afghan forces and improvised explosive device bombings,’ a statement from the US Combined Joint Task Force said. The claim proved inaccurate as Zadran later emerged as a key Haqqani Network operative.

Zadran was reportedly put in control of US Army Sergeant Bowe Bergdahl, a Taliban prisoner from June 30 2009, when he walked off his base alone and unarmed, to May 31 2014. The exact circumstances of Bergdahl’s capture were unclear. But he was reportedly passed from one group of armed insurgents to another, soon ending up in the Haqqani Network’s possession.

‘He was kept as a precious treasure,’ according to one anonymous source who reportedly had close contacts to the Haqqani Network. The source said Bergdahl was moved back and forth across the Pakistan-Afghan border, between hideouts. He was reportedly held frequently in safe-houses in the Shawal Valley on the border of North and South Waziristan.

Zadran was reportedly chosen as Bergdahl’s jailer because of his strong contacts with militant groups on both sides of the border. He had control of Bergdahl by by December 2010 when the two appeared together in an propaganda video.

The website All Voices reported Zadran had been in charge of the Haqqani Network’s Fedayeen – or suicide bomber – contingent. Zadran was also reportedly a chief liaison with the Pakistani intelligence services in Miranshah, North Waziristan.

In an interview with Islamic media outlet As-Sahab in September 2009, Zadran revealed that he had been appointed as the Afghan Taliban’s shadow governor for Paktika province. He said he had ‘started training the Mujahideen and preparing them with the latest fighting techniques, especially, remote control bombing and other fighting techniques,’ adding that al-Qaeda and the Taliban had ‘united’.

In August 16, 2011, the US State Department added Zadran to its list of specially designated global terrorists. In the designation Zadran was described as a ‘Haqqani Network commander’ and accused of helping to ‘lead fighters in attacks across Southeastern Afghanistan.’

‘Sangeen has also been connected to many improvised explosive device (IED) attacks [and]… the kidnappings of Afghans and foreign nationals in the border region between Afghanistan and Pakistan,’ the designation notice said.

He appeared in a video in July 2012 calling on Turkish and Kurdish Muslims to join the Taliban and fight against foreign troops in Afghanistan.

As of late 2012, Zadran remained Taliban shadow governor of Paktika province, Afghanistan, according to the UN. His name appeared on a UN Security Council list of individuals associated with the Taliban, which described him as a ‘senior lieutenant’ to Haqqani Network leader Sirajuddin Haqqani. The Islamabad-based FATA Research Center described Zadran as ‘a very important and effective commander of Haqqani Network.’

Zadran was killed on September 6 2013, along with at least four other alleged militants when two to three missiles fired from a US drone hit the house he was staying in in Darga Mandi, North Waziristan. Those killed reportedly included Zadran’s bodyguards. US officials contacted by the Long War Journal confirmed that Zadran had been killed in the strike and local residents contacted by the New York Times said news of his death was read out over loudspeaker throughout Miranshah. Images allegedly showing Zadran’s body at his funeral were posted online some weeks later. It was not clear who took control of the prisoner Bergdahl after Zadran’s death.