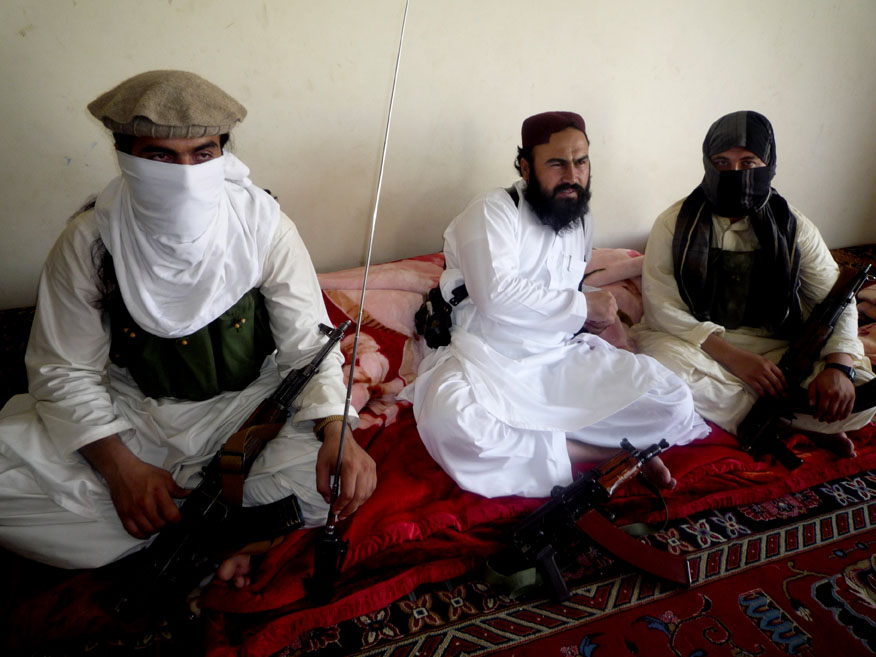 Former teacher Wali Ur Rehman joined the Taliban in 2004 and rose to prominence in the organisation. He was known for his strategic skill and conciliatory manner. He died nine years later as the deputy leader of the Pakistan Taliban (TTP).

Rehman was born into a middle-class family in South Waziristan in 1970 as the eldest of six children. For his early education he went to a madrassa in Tank district of Khyber-Pakhtunkhwa and attended Jamia Islamia Imdadia madrassa in Faisalabad for religious studies, graduating in 1996.

After graduating he began working as a teacher at a madrassa in Kani Guram in South Waziristan. He was a member of Islamist political party Jamiat Ulema e Islam (JUI-F) party and became a junior local leader. In 2004 he reportedly joined an armed group although reports differ on whether this was the Taliban in South Waziristan, or the Haqqani Network. In 2010 a detailed profile in Foreign Policy claimed he maintained contacts with JUI-F.

Rehman was described as a “conciliatory figure” inside the Taliban. A commander told the New York Times: “Wali was always at the forefront whenever a dispute emerged with Hafiz Gul Bahadur, the Haqqanis or Mullah Nazir. Inside the movement, his weapon was diplomacy.”

He fought with the South Waziristan “Mehsud” Taliban against Pakistani security forces and Nato and Afghan forces across the border in Afghanistan in the years before the Pakistan Taliban (TTP) was formed in 2007, under the command of Baitullah Mehsud.

Rehman became spokesman for Baitullah Mehsud, and rose to prominence, also looking after the group’s finances. Over time, he expanded the group’s earnings by cultivating cells dedicated to kidnap and ransom, extortion and robbery in Karachi, an unnamed Taliban member told researchers at the Combatting Terrorism Center.

One of his brothers, Qareeb ur Rehman, was killed in July 2008 during an assault on Pakistani security forces in Splitoi fort, South Waziristan. That year the US accused Rehman of planning the September 2008 attack on the Marriott Hotel in Islamabad. A massive truck bomb detonated outside the hotel, which is the most prestigious in the Pakistani capital, popular with foreigners and Islamabad’s elite. The Telegraph reported the attack killed 52 and injured more than 270.

He was reportedly a charismatic leader, well-respected among Taliban fighters and capable of inspiring young men to join the the group’s ranks. He was described as  “humble, cool-minded, intelligent and polite” – apparently in contrast to Hakimullah Mehsud, who became his rival for the overall leadership of the TTP after the death of Baitullah Mehsud in a drone strike on August 5 2009.

Pakistani intelligence officers suggested that Rehman shot and killed Hakimullah during a heated debate over who should control the TTP on August 8 2009. However these rumours were quashed on October 4 2009 when Hakimullah invited tribal journalists to a briefing to show he was alive.

Hakimullah Mehsud was eventually declared leader of the TTP, while Rehman was given overall command of the Mehsud Taliban in South Waziristan, with up to 10,000 followers.

Rehman reportedly tried to avoid internecine strife that would splinter the network. Rehman was said to have knowledge of an impending Pakistan military assault on the tribal regions and knew disunity could prove fatal.

The Pakistan military did launch an offensive. In late October 2009 the army moved into South Waziristan in what was meant to be the decisive offensive to end the TTP campaign of violence. However Hakimullah and Rehman, among others, reportedly moved into neighbouring tribal agencies and continued to attack targets in Pakistan as well as Nato and Afghan forces in Afghanistan.

In early November the Pakistan government released a list of most wanted terrorists. Wali Ur Rehman had a 50m rupee ($600,000) reward advertised for information leading to his arrest. Hakimullah and Qari Hussain Mehsud, trainer of the TTP’s suicide bombers, who is believed to have been killed in October 2010, also attracted offers of 50m rupee rewards.

On December 30 2009, a suicide bomber attacked a CIA base in Khost, Afghanistan. The bombing killed nine people, including five CIA officers and two private security guards from private contractor Xe, formerly known as Blackwater. The bomber, Jordanian Human Khalil al Balawi, was a double agent. He had been apparently turned by Jordanian intelligence in 2008 and persuaded to work for the CIA. But as he arrived at the base he detonated his car bomb. The New York Times called this the “single deadliest episode for the spy agency” since September 11 2001.

A video of al Balawi, recorded before his death, was broadcast by al Jazeera in January 2010. This showed him sitting next to Hakimullah. Al Balawi claimed his attack on Camp Chapman was in revenge for the CIA drone strike that killed Baitullah Mehsud in 2009.

The US government claimed that Rehman had helped the bomber and in response declared him a “specially designated global terrorist” in 2010. It also offered a $5m reward for information on his location because of his alleged involvement in the Khost and Islamabad attacks.

Another rift in the Taliban leadership appeared to open in December 2012. A senior Pakistani official told Reuters that Hakimullah had “lost operational control of the movement and the trust of his fighters”. The official said: “Rehman is fast emerging as a consensus candidate to formally replace Hakimullah”.

Mansur Khan Mahsud of the FATA Research Centre, an Islamabad-based think tank, later told The Independent: “[Rehman] was bold, intelligent and had a cool manner. He preferred to resolve differences through talks. He was also in favour of peace talks with the government. That is what he fell out with Hakimullah Mehsud, who did not want to have talks.”

The TTP released another video, showing Hakimullah and Rehman, to try to quash rumours of ructions. The two commanders sat side-by-side in the 45-minute tape. Hakimullah said: “There is no divide in TTP. I and Maulvi Waliur Rehman are one, and look, we are sitting together.”

Five months later Rehman was dead – killed by a CIA drone strike in Chashma, North Waziristan. He was buried in the Haqqani graveyard in Danday Darpakhel.

He had been reporteedly killed on at least two previous occasions, but this time it was widely confirmed by multiple sources. He had three wives and two daughters. One of his brothers was injured in the same drone attack.

An unnamed Pakistani intelligence officer told the FT the death would have severe internal consequences for the Taliban: “The Taliban will feel very vulnerable after this attack… This is crippling for their top command structure.”

The “illiterate” 36-year-old Khan Said, previous commander of the TTP in Miran Shah and a close friend of Rehman’s, was appointed his successor.