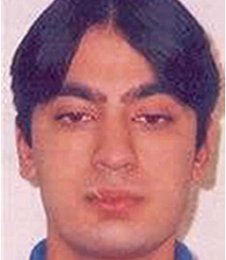 Aslam Awan (AKA Abdullah Khorasani) was a Pakistani national and alleged ‘senior external operations planner’ for al Qaeda. He was killed in a drone strike on 10 January 2012.

Awan was reportedly 27 or 29 years old and came from Abbottabad, north-east Pakistan. He studied at the University of Manchester in the UK from 2003, and lived in Manchester. There he allegedly contacted al Qaeda, joined a terrorist cell which was exposed in 2006, and left in 2006 or 2007 – reportedly to fight in Afghanistan.

Awan reportedly wrote to an acquaintance in Manchester about the fighting in Afghanistan saying, ‘We have to do this work even with our last drop of blood. Please do migrate and encourage others to migrate too. Please invite everybody towards this cause.’ The letter also described a battle with western forces, ‘The second time was a very big job… in which our three friends were martyred.’

The letter mentioned his training as a terrorist, visiting the graves of al Qaeda fighters, and gave instructions on how to distribute material featuring dead fighters.

Security forces began tracking Awan in 2008 as part of an operation against an al Qaeda cell in Pakistan.

In March 2010, he left Abbottabad, and broke off contact with his father. His father later told Express Tribune: ‘Since he was unemployed and financially dependent on his elder brothers, I asked him to avoid overspending on the construction of a new bungalow adjacent to our existing residence. He refused to listen to me and left.’

Awan stayed in contact with his mother, who he told he was working in a ‘business of used garments’. Some sources say Awan joined al Qaeda in Miranshah in 2010 after leaving home, and that he married a German convert to Islam. Awan is believed to have worked for an unnamed external operations chief in al Qaeda.

On January 10 2012 he was killed in a CIA drone strike in Miranshah, in the tribal area of Pakistan. US and Pakistani forces confirmed Awan was the target of the strike. His wife, described in the Express Tribune as a German convert to Islam, was reportedly injured.

A US official said: ‘Aslam Awan was a senior al Qaeda external operations planner who was working on attacks against the West. His death reduces al-Qaeda’s thinning bench of another operative devoted to plotting the death of innocent civilians.’

His father, Khushal Khan, denied Awan was involved in terrorism. Khan said, ‘I don’t believe this is true, my son was not indulging in these things.’