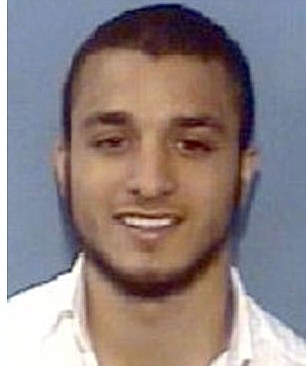 Jude Kenan Mohammad is the only US citizen known to have been killed in a drone strike in Pakistan. His death was confirmed in May 2013 when US Attorney General Eric Holder included him among four US citizens who had been killed in drone strikes under President Obama. The other three all died in Yemen.

Mohammad was born on November 4 1988 in Florida, and grew up in Raleigh, North Carolina with four sisters and their US mother and Pakistani father. His mother Elena, who had converted from Catholicism to Islam, met his father Taj Mohammad in New York while he was studying for a masters in law, the New York Times later reported. The couple lived in Pakistan with their children for a few years, until the late 1990s, when Elena moved the children back to the US. Their father remained in Pakistan.

In his early teens, Mohammad volunteered at his local mosque’s kitchen in Raleigh and delivered groceries to the housebound on his bike, the New York Times reported. ‘If someone needed their grass cut, he would cut their grass. If they needed help moving, he would help,’ Khalilah Sabra, director of the local Muslim American Society and mother of one of Mohammad’s friends, told the Los Angeles Times. ‘It was his nature. But like all kids, when they turn 17 or 18, they go through a transition.’ Another friend quoted in The Guardian, remembered that Mohammad enjoyed drinking and partying and was ‘very popular, cool as hell’.

Friends told reporters he felt caught between the two worlds of his parents, opposed the Afghanistan war and felt discriminated against by the American response to Muslims after the September 11, 2001 attacks. ‘He was part of that 9/11 generation,’ Sabra told the Los Angeles Times.

In 2006, he dropped out of Fuquay-Varina High School. He went on to study at Wilson Community College and, later, Wake Technical Community College, local TV station WRAL reported. He used drugs after dropping out of school, an anonymous family friend told the New York Times.

In 2008 Mohammad was charged with driving 105 mph in a 55-mph zone, but failed to make a court appearance in that case. Earle Purser, a Raleigh lawyer who represented Mohammad in this case told WRAL he was impressed by Mohammad’s intelligence. Speaking to local paper the Daily Dispatch, Purser added: ‘He said that Muslims were peaceful people, they didn’t believe in war unless they had to and didn’t believe in killing anybody,’ Purser said. ‘He impressed me a whole lot.’

In his late teens, Mohammad met and was increasingly influenced by Daniel Patrick Boyd, a building contractor then in his late 30s who had undertaken terrorist training in Afghanistan and Pakistan, the US government later claimed.

Boyd was charged in 2009 with building a terrorist cell of young Muslim men, which included his two sons and Mohammad, and planning attacks. Boyd pleaded guilty to the charges in the North Carolina Federal District Court in 2011.

In October 2008, Mohammad fled to Pakistan after the other members of Boyd’s group were arrested and accused of plotting a terrorist attack on the Marine Corps headquarters in Quantico, Virginia. Mohammad was the only member of the group to escape arrest. He fled North Carolina for Pakistan shortly before his twentieth birthday.

Pakistani police arrested Mohammad weeks after his arrival in the country, as he tried to enter the Mohmand tribal area, near the Afghan border, which is off-limits to foreigners. Mohammad had told his father he was buying movies, the Guardian reported. His lawyer Ghawas Khan told the Guardian: ‘He only wanted to boast to the people in America that he had seen the place where the Taliban are fighting.’

Shortly after coming to Pakistan, he got married; the name of his wife is not known. Little has been reported about his activities between 2008 and 2009.

In 2009, Mohammad was added to the FBI’s Most Wanted list, with a notice saying: ‘On July 22, 2009, a Federal Grand Jury in North Carolina indicted Jude Kenan Mohammad for conspiracy to provide material support to terrorists and conspiracy to murder, kidnap, maim, and injure persons in a foreign country. Mohammad is at large and a federal warrant was issued by the United States District Court, Eastern District of North Carolina, Raleigh, North Carolina, for his arrest.’

His uncle Evan Risueno who helped raise him, told The Washington Times: ‘I think it’s ridiculous. He’s not that kind of kid.’

The Most Wanted notice added that Mohammad had brown hair, dark eyes, was 5’6″ (172.5cm) tall and weighed 160 pounds (72.5kg). US counter-terrorism officials also linked him to to a ‘credible but unconfirmed al Qaeda threat’ to set off a car bomb in New York or Washington on the tenth anniversary of the September 11 2001 attacks, local TV station WRAL reported.

American counter-terrorism officials claimed that Mohammad was recruiting militants for both al Qaeda and TTP. He was also said to have published videos online encouraging violence against the US.

On September 5 2009, he failed to show up for a court hearing in Pakistan, Associated Press reported.

On November 24 2010, he was charged alongside Boyd and six others with offences including conspiracy to murder and material support for terrorists.

In summer 2011, Khalilah Sabra, the immigration lawyer who knew Mohammad, heard from him for the last time, she later told the LA Times. ‘He said life was difficult there, but he felt happy. He was content,’ Sabra said. Mohammad also told Sabra his wife was expecting a child.

A CIA drone strike on a compound in South Waziristan killed Mohammad on November 16  2011. Mohammad’s wife called his mother in North Carolina to inform her of his death.

WRAL reported rumours of his death three months later. The FBI left his name on its Wanted list after his death because of the covert nature of the drone program, but removed it when Attorney General Holder revealed Mohammad’s death.

On May 22 2013, the day before President Obama made a major policy speech on drones, Attorney General Eric Holder wrote a letter to Senator Patrick Leahy – which was also made public – that Mohammad was one of four American citizens killed by CIA drones. According to the letter, he was not specifically targeted.