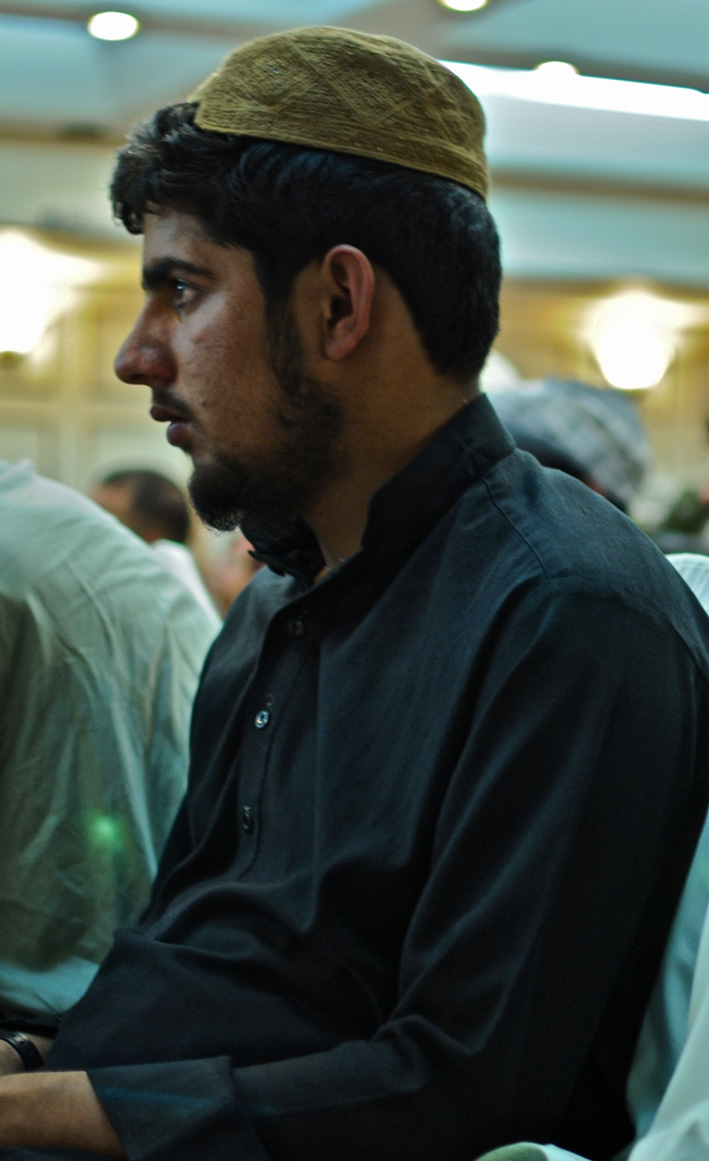 Tariq Aziz was a 16-year-old from North Waziristan, who attended a high-profile anti-drone rally in Islamabad in October 2011. Days after his return home, he was killed in a drone strike with his cousin and up to two others.

Aziz was the youngest of seven children. His father Mumtaz Khan worked in the United Arab Emirates as a driver to support his family.

He was described by relatives as a quiet teenager, good with computers. His uncle Noor Kalam said: ‘He was just a normal boy who loved football.’

On October 27, days before his death, Aziz made the eight hour drive to Islamabad for a grand jirga – a high council meeting. The meeting was convened by Waziri elders to discuss how to end civilian deaths in drone strikes. Pakistani politician Imran Khan, his former wife Jemima, members of legal campaign group Reprieve and several western journalists also attended the meeting.

Aziz had a personal interest in the subject matter: 18 months earlier, his cousin Aswarullah had been reportedly killed by a drone as he rode a motorcycle. Tariq took his cousin’s identity card to the conference. The Bureau has not been able to identify the specific strike in which Aswarullah reportedly died.

Aziz went to the jirga after lawyer Shahzad Akbar called him offering him basic photography classes and a camera to help document drone strikes.

Around 25 men of all ages entered the conference hall, shaking hands and kissing cheeks of over a dozen Waziri elders who had convened the high level meeting at the Margalla hotel in Islamabad. Tariq walked in, pressing his right palm on the chest of each of the elders who lined up to meet them. He took his place in the audience, two rows behind Jemima Khan.

Neil Williams from Reprieve, who attended the meeting, said Aziz seemed very introverted. He said he asked Aziz if he had ever seen a drone. Aziz said he saw 10 or 15 every day. He said they meant he could not sleep. ‘He looked absolutely terrified,’ Williams added.

After a four-hour debate, the audience joined around 2,000 people at a protest rally outside the Pakistani parliament. After the rally, the tribesmen made the long journey home. The following day Aziz and his cousin Wahid went to pick up his newly married aunt to take her back to Norak. On their way they dropped off a friend. When they were 200 yards from the house two missiles slammed into their car. The blast killed Aziz and Wahid instantly.

Some reports suggested Wahid was 12 years old, although video seen by the Bureau indicates he was more likely to have been in his mid- to late teens.

An anonymous US official acknowledged the CIA had launched the strike but denied they were children. The occupants of that car were militants, he said.

Following the strike, Shahzad Akbar wrote to the US ambassador: ‘I am considering initiating legal proceedings against you as a co-conspirator in Tariq and Wahid’s murder – for murder is the only word that can properly be applied to the act committed by CIA agents and their accomplices.’