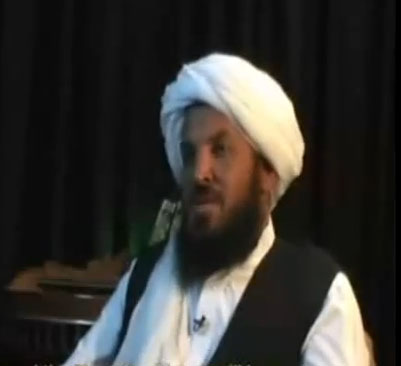 ‘Veteran jihadist’ Abu Laith al Libi reportedly acted as al Qaeda’s chief of operations and was killed in a US drone strike in North Waziristan on January 29 2008.

He was born in Libya in 1967. He became a member of the Libyan Islamic Fighting Group (LIFG), a militant group, before fighting in Afghanistan in the early 1990s. He returned to Libya in 1994 to organise an unsuccessful coup against Gaddafi. He fled to Saudi Arabia, where he was arrested following the 1996 Khobar Towers bombings, in which 19 US military staff died. He either escaped or was released from prison in Riyadh.

Around 1999, al Libi returned to Afghanistan, where he forged closer links with al Qaeda, acting on their behalf as a field commander and spokesman. Following the 2001 US invasion of Afghanistan, it was al Libi who announced the survival of Osama bin Laden and Mullah Omar, the Taliban leader in the initial attacks.

A Pakistani intelligence official claimed al Libi established a base in Pakistan in the area of Norak, near Mir Ali, where he stayed until 2003 and owned several homes. He then moved to the Afghan side of the border, but did not cut off his links with the area.

In 2006, the Washington Post quoted US security officials, who stated that al Libi was not a ‘fully sworn’ al Qaeda member, though they added the organisation was ‘increasingly dependent’ on him.

But the following year he and Ayman al-Zawahiri, one of bin Laden’s leading commanders (later to become leader), announced the LIFG was to become part of al Qaeda. In the video announcing the move, al Libi was referred to as the LIFG’s leader.

Al Libi became an increasingly prominent presence in al Qaeda propaganda and was believed to have orchestrated numerous attacks, including a suicide attack on Bagram Air Base that killed 23 people during a visit by US vice president Dick Cheney.

A US spokesman told the BBC that al Libi was ‘knowledgeable about how to conduct suicide bombing missions and how to inflict the most civilian casualties’. He added that he had probably also run at least one suicide camp.

In 2007, the US military in Afghanistan named al Libi as one of the ‘mid-level’ al-Qaeda and Taliban members it was hunting.

In January 2008, al Libi was in a house near Mir Ali, North Waziristan, when a drone struck in the middle of the night. At least 11 others also died, including women and children related to the home’s owner Madad Khan (or Abdul Sattar), who was later described as a cab driver.

It was later claimed that this was the first strike for which the US did not seek permission from Pakistan in advance.

Admiral Mike Mullen, chairman of the US Joint Chiefs of Staff, told reporters: ‘While this particular strike was very successful and we were very pleased with the outcome, there is still a great deal more work to do.’

In 2009, the LIFG separated from al Qaeda, condemning ‘indiscriminate bombings’ that killed civilians. The group said al Libi had announced the alliance to al Qaeda without the ‘agreement of the majority’.