January 13, 2017 by Jessica Purkiss and Jack Serle
Published in: Uncategorized
Tweet
Email this 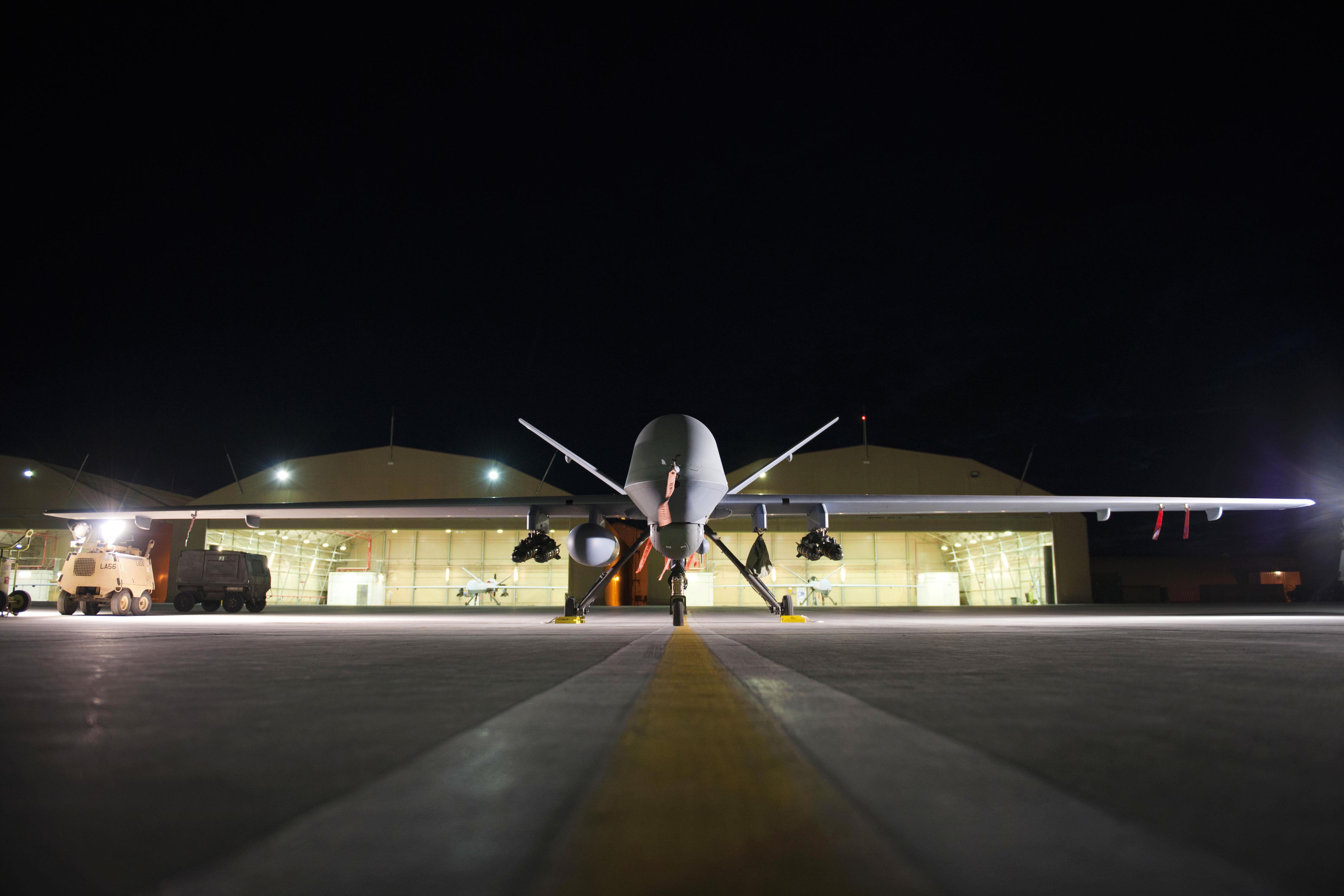 This page details events reported by US and Yemeni government, military and intelligence officials, and by credible media, academic and other sources.

Many of the US attacks listed below have been confirmed by senior US or Yemeni officials. However some events are only speculatively attributed to the US, or are indicative of US involvement. We therefore class all strikes in Yemen as either “confirmed” or “possible”.

Both the Pentagon and CIA have been operating drones over Yemen. But the US has also launched strikes with other weapons systems, including conventional jet aircraft and cruise missiles. The Bureau records these operations as “additional US attacks”.

You can download the full database from Google drive here.

The Bureau will continue to add to its knowledge base, and welcomes input and corrections from interested parties. If you have any comments or suggestions please contact us at [email protected] with the phrase “Yemen data” included in the subject line.

A US military press release announced a strike in Bayda province had killed one AQAP operative. The press release was published four days after the strike occurred.

Pentagon Press Secretary Peter Cook said in a statement on January 13 that the strike had killed Abd al Ghani al Rasas, described as an AQAP “terrorist leader”. Cook said: “This strike removes an AQAP senior leader and facilitator in the area and will disrupt AQAP’s terrorism operations in Yemen and the region.”

Reports surfaced of at least two suspected US drone strikes hitting Bayda province and killing members of Yemen’s branch of al Qaeda, but the reporting differed on some key details.

A security source told AFP that a drone strike on 20 January killed a “local military instructor” for al Qaeda and second strike on 21 January hit a vehicle in Sawmaa of Bayda province killing three “armed members” of al Qaeda. A third strike on the same day killed three suspected “jihadists” riding a motorcycle.

Although these strikes seem to be the first US strikes outside areas of active hostilities since the new administration moved in, the Washington Post reported Pentagon spokesperson Navy Captain Jeff Davis saying that they did not require approval by recently appointed Defense Secretary James Mattis or President Donald Trump.

The US Navy special forces conducted a raid in the Yakla region of Bayda province with the intent to gather information on AQAP. A US Central Command press release said a US serviceman and approximately 14 terrorists had been killed in the operation. Yemeni officials reported multiple civilian casualties following the raid.

US soldiers were flown to the location from the USS Makin Island, an amphibious assault ship, off the Yemeni coast. They approached the compound with Emirati troops but were met with withering fire. The “site exploitation mission” target was described by CENTCOM in a February 3 press release as an AQAP “staging area, propaganda center, and logistics hub”. Three US soldiers were wounded and Chief Special Warfare Operator William “Ryan” Owens, a Navy SEAL, was killed, according to CENTCOM.

According to the US, a military aircraft assisting the operation experienced a “hard landing at a nearby location,” resulting in three more American injuries. It was unable to fly afterwards and was intentionally destroyed. US sources said it was a MV-22 Osprey, a helicopter-fixed wing hybrid used by the US marines.

US Central Command issued a later press release which said that an investigating team “concluded regrettably that civilian non-combatants were likely killed”, which “may” include children. It said that the civilian casualties appeared to have been potentially caught up in aerial gunfire called in to assist US forces in “contact against a determined enemy”, which included “armed women firing from prepared fighting positions”. The ongoing assessment is probing whether there are still un-detected civilian casualties.

The Bureau worked with a journalist who visited the targeted village of al Yakla five days after the raid and talked to nine of the survivors. We collected the names and ages of all 25 civilians killed as reported by those who live there, see here. Nine of those killed were under 13, including a baby of three months. Eight women were killed, including one who was heavily pregnant. Seven more women and children were injured.

Notes on the data: an older boy, 17-year-old Abdallah Ahmed Abad al Zouba is also reported by villagers to have died

Among the dead was Nawar al Awlaki, the eight-year-old daughter of Anwar al Awlaki, Nasser al Awlaki. US-born Anwar Al Awlaki was killed in a drone strike in 2011, as was his son. Nasser al Awlaki, a former minister of agriculture, said Nawar and her mother, Anwar’s widow, had moved to the house in Bayda from the capital Sanaa to shelter from the ongoing war between the Shia Houthi militia and a Saudi-led coalition of Arab states.

Nawar Al-Awlaki, 8 years old, was killed in the US raid in Yemen yesterday. They haven’t admitted it, but it happened. An 8 year old girl. pic.twitter.com/so8DHHPTUj

AQAP say 14 “of its men” were killed in the clash, including six villagers. The youngest was 17, the oldest 80.

Pentagon spokesperson Captain Jeff Davis confirmed women were killed in the operation but said they were combatants. “The [female fighters] ran to pre-established positions as if they’d trained to be ready and trained to be combatants and engage with us. So, some of the enemy killed in combat are in fact female,” he said.

A CENTCOM press release on February 3 said officials believe Sultan al Dhahab and Abd-al-Ra’uf al-Dhahab, described as “longstanding AQAP operational planners and weapons experts”, had been killed in the operation. The al Dhahab family is an AQAP ally based in Bayda province. Its members have been attacked by the US in Yemen before.

Initial news reports differed on casualty figures. Reprieve found that 23 civilians were killed, including a newborn baby boy and ten children. According to them, local reports said a heavily pregnant mother was shot in the stomach during the raid and gave birth to an injured baby boy who died on January 31. Reprieve said that an 80-year-old man and a man who narrowly escaped death in a 2013 drone strike on his wedding were also killed. According to Washington Post, a Yemeni official said 35 to 40 people in the village had been killed, but it was unclear if they were all considered to be militants. According to the provincial official, 16 civilians were killed in the attack, including eight women and eight children. Medics at the scene told Reuters that around 30 people, including 10 women and children, were killed.

The operation had been planned for months but had been authorised by President Trump, according to the Washington Post. In a statement, Trump called the raid “successful” and credited it with capturing intelligence that would assist the US in “preventing terrorism against its citizens and people around the world”. CENTCOM shared clips from a series of lessons on bomb-making obtained from a computer seized in the raid, however it transpired that the videos appeared to be ten years old and had already been available on the internet.

An unnamed US official painted a grim picture of the assault, telling NBC News: “Almost everything went wrong.” US military officials told Reuters that Trump approved the operation without sufficient intelligence, ground support or adequate backup operations. As a result, the SEAL team found “itself dropping onto a reinforced al Qaeda base defended by landmines, snipers, and a larger than expected contingent of heavily armed Islamist extremists”, three officials told Reuters.

In response, CENTCOM spokesman Colonel John Thomas said: “CENTCOM asks for operations we believe have a good chance for success and when we ask for authorization we certainly believe there is a chance of successful operations based on our planning.” White House Press Secretary Sean Spicer detailed the process of approving the mission in a press briefing, stressing the steps taken prior to Trump taking office, although some members of Obama’s national security team disputed this version.

A US drone strike killed two al Qaeda operatives driving through the southern province of Shabwa early on January 30.

The attack came shortly after a US special forces raid targeting an al Qaeda-linked house in the Baihan area of Bayda province left scores dead, including a US serviceman and at least two children.

A US military spokesperson told the Bureau: “I can confirm that Centcom did not conduct a strike in that area.” US Special Operations Command denied it was responsible for the operation. The CIA, which is believed to still be conducting strikes in Yemen, declined to comment.

Yemeni security officials told AP they suspect US warships have been firing cannons and rockets at al Qaeda fighters in the mountainous areas north of the coastal town of Shakra for a period of five days.