December 1, 2016 by Jack Serle
Published in: All Stories, Drone Warfare
Tweet
Email this 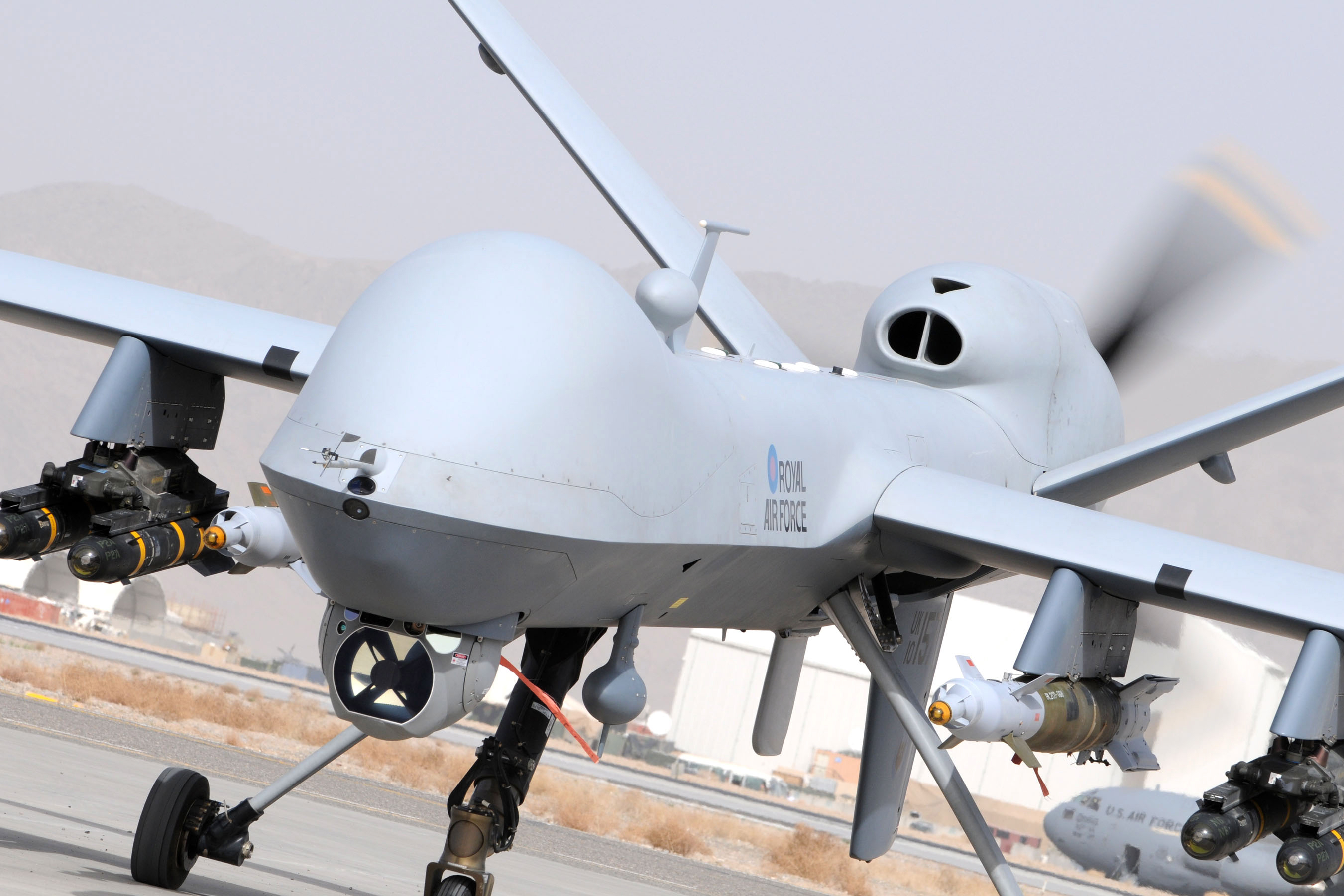 New figures indicate the bill for a massive expansion of the UK’s armed drone fleet has almost doubled in six months to $1 billion.

The government outlined plans to buy more than 20 new drones last year, and in April announced details of the procurement, stating it was buying a set of Reaper drones from the US and the total cost of the deal would be £415m ($520m).

Late last month, the US released its own announcement about the deal – stating it had approved the possible sale and the estimated cost would be $1bn (£790m).

The money would be spent on up to 26 drones as well as the kit required to fly them, said the US. The UK currently has 10 armed drones, five of which have only been in operation since 2014 following much criticised delays, which the new drones will replace.

The Ministry of Defence (MoD) insists the price of the deal has not doubled. It told the Bureau the $1bn figure was simply the maximum price the sale could cost if the UK buys everything the US is offering. The Americans have agreed in principle to sell the UK 16 drones with an option of 10 more, and eight ground control stations, with an option for four more. The MoD would not say how many drones it was planning to buy and how much they would cost, saying only that negotiations were ongoing and “the figures published are not comparable.”

However previously published government information indicates it is likely the UK will go for the full deal of 26 drones and 18 ground stations, or at least something approaching it. The 2015 Strategic Defence and Security Review said the UK would have “more than 20” armed drones by 2025, and the new fleet will replace the existing Reapers.

The Reaper drone is both a hunter-killer and an intelligence-gathering platform. It can fly for hours on end, orbiting far above the battlefield hoovering up information through its infrared and TV camera, and array of other sensors. It can also take out targets with Hellfire anti-tank missiles or 500lb laser guided bombs.

RAF officers began flying armed drones in 2005, embedded with US units and operating American aircraft over Iraq and Afghanistan. The RAF has flown its own Reaper drones since 2007 – in Afghanistan until 2014, and now over Iraq and Syria.

The new batch of drones are a more advanced version of the ten Reapers already in the UK’s armoury. They can fly further and for longer in worse conditions, and carry more bombs. And if the ongoing development work by manufacturer General Atomics Aeronautical Systems comes to fruition, they will be able to fly in European airspace, unlike the current fleet.

Funeral of Akram Shah and at least four other civilians in June 2011 (THIS KHAN/AFP/Getty Images) The US government today claimed it has killed between 64 and 116 “non-combatants” in 473 counter-terrorism strikes in Pakistan, Yemen, Somalia and Libya between … Continued