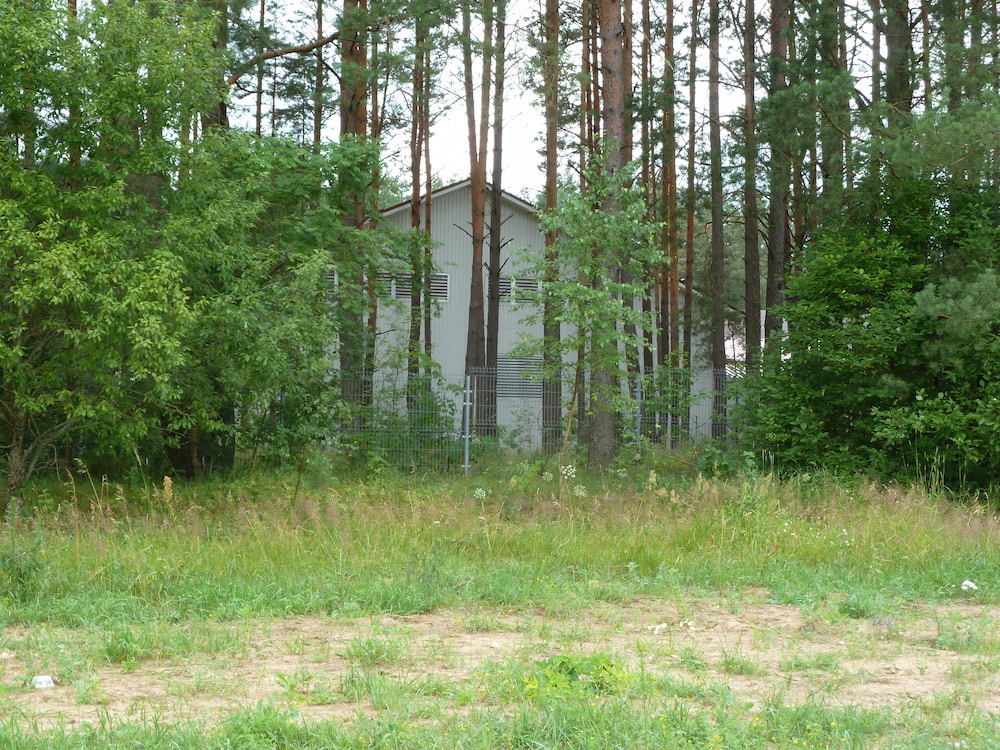 A warehouse in a tiny Lithuanian village: the site of a CIA secret prison. Photo by Crofton Black

Secret documents obtained by the Bureau prove that Lithuania helped the US Central Intelligence Agency (CIA) set up and run a “black site” for detention of al Qaeda suspects, say lawyers.

The building, not far from the Lithuanian capital city of Vilnius, is thought to be where the alleged 9/11 mastermind Khaled Sheikh Mohamed was held, as well as other prisoners who were subjected to secret confinement by the CIA. It was established in 2004 at the height of the US-led “rendition, detention, interrogation” programme, which saw terror suspects clandestinely captured and transported around the world.

The documents obtained by the Bureau disclose inside details of assistance provided by the Lithuanian State Security Department (SSD) to the CIA.

They take the form of dozens of pages of interview summaries gathered during a 2010 investigation by the Lithuanian state prosecutor which looked at allegations state officials had helped US agents set up a secret prison. The cache, which has been secret up until now, forms part of several hundred pages of material disclosed by the Lithuanian government to the European Court of Human Rights (ECHR) last year.

“The vehicle was loaded with boxes of length not less than 1 metre, which were carried by 2 persons. The officer could not remember how many boxes there were.” Notes from interview with SSD officer

The prosecutor’s investigation concluded there were no grounds to charge any Lithuanian officials. But lawyers say that by cross-referencing the information given in the interviews with details from a US Senate report and other declassified US government documents, it is possible to prove beyond reasonable doubt that Lithuania actively assisted the CIA.

Lithuanian officials are quoted in the documents describing how the CIA had asked them to arrange “temporary accommodation or protection” for “confidential informers” or “secret collaborators.” They were also asked to facilitate their “transfer” or “extradition” to Lithuania.

After a small building was earmarked for this purpose, but not used, the SSD helped the CIA purchase a larger site in 2004.

No government file was opened for this site, according to Lithuanian officials. No paper records were kept of anything happening there, and everything at the site was paid for by the US.

To read the documents click below. The relevant interview summaries start at paragraph 100.

Officials told prosecutors that the US had intended the site to be an “intelligence support centre”. They claimed that this idea never came to fruition – the CIA “changed their plans”, “stalled” and did not “fully exploit” the building, the documents say.

Other parts of the interviews suggest the building certainly was put to use by US intelligence agents, however. On several occasions, SSD officers describe helping the CIA transfer boxes – which they described as “cargo” – in and out of the facility. The dates of these transfers match those on which lawyers believe that al Qaeda suspects were brought in and out of Lithuania. The boxes were each more than a metre long and needed two people to carry them, the documents say.

Lithuanian officials told prosecutors they did not know what was in the boxes they helped transport, and that although they had access to the building, they did not see all of it.

In shutting down their investigation, Lithuanian prosecutors stated that they had “no data” concerning the “precise purpose of the cargo”. It “could have been communications equipment,” the office concluded.

The country has long denied that CIA prisoners were held on its territory, since first being identified by US broadcaster ABC News as a CIA prison location in 2009. Justice Minister Paulius Griciūnas told the ECHR in June that “no secret CIA detention centre was in operation on the territory of Lithuania”, and said that the cargo was “special equipment meant for the special investigation department, to equip this department and its personnel”.

But details in the interview summaries correspond closely with findings in a 2014 Senate Intelligence Committee report on CIA secret prisons, which describes how two facilities were set up in the same country. One of them, known as “site Violet”, was used to hold prisoners in 2005 and 2006.

At the time the CIA thought a high-ranking official in the country that hosted site Violet “probably believes that it is some sort of [redacted] center”, the Senate report said.

“These documents make clear that Lithuanian government officials not only turned a blind eye to the existence of a CIA black site on their territory, but actively assisted in the black site’s creation and enabled its operation by the CIA, free from legal oversight,” said lawyer Amanda Jacobsen, who represents Abu Zubaydah – the first prisoner ever held by the CIA under the rendition programme, who was waterboarded 83 times at a secret site in July 2002.

Abu Zubaydah is believed to have been held in Lithuania during 2005-6, and is suing the country for its alleged role in his detention at the ECHR. The documents obtained by the Bureau relate to his case. A public hearing took place earlier this year but a judgement has not yet been issued.

“They looked for premises for temporary accommodation and protection of secret collaborators.” Notes from interview with SSD officer

Jacobsen and lawyers representing another former CIA prisoner, Mustafa al Hawsawi, say that their clients were transported out of Lithuania to Afghanistan in March 2006.

Documents declassified by the CIA in June this year suggest that Khaled Sheikh Mohamed was also held in Lithuania, arriving there in October 2005 and leaving in March 2006. “There were hooks on the floor,” Mohamed told a military tribunal at Guantánamo Bay in 2007. “There was a bigger room; food was better; it had a gym. But still we were never allowed to see the sun.”

Jacobsen said that the previously confidential interview summaries reveal shortcomings in the Lithuanian domestic investigation: “What is most notable to me about these documents is how much they undermine the conclusions drawn by the prosecutor’s office, as the basis for not bringing charges.”

Lawyer Kyra Hild from the NGO Redress – whose client al Hawsawi is currently facing trial in Guantánamo Bay – said the documents provided further detailed evidence confirming that Lithuania cooperated with the CIA to secretly transfer prisoners and detain them on Lithuanian territory.

“The government of Lithuania has had access to this information for over six years but continues to deny its role in the CIA’s rendition, detention and interrogation programme,” she said. “Lithuania has completely failed to take the necessary action to fulfil its obligations under international human rights law.”

Home Secretary Theresa May A Nigerian closely connected to a notorious group of British Islamists has been stripped of his UK citizenship amid fears he would return to London to execute a Paris-style massacre, a court has heard. The man, … Continued