October 7, 2016 by Madlen Davies
Published in: Uncategorized
Tweet
Email this 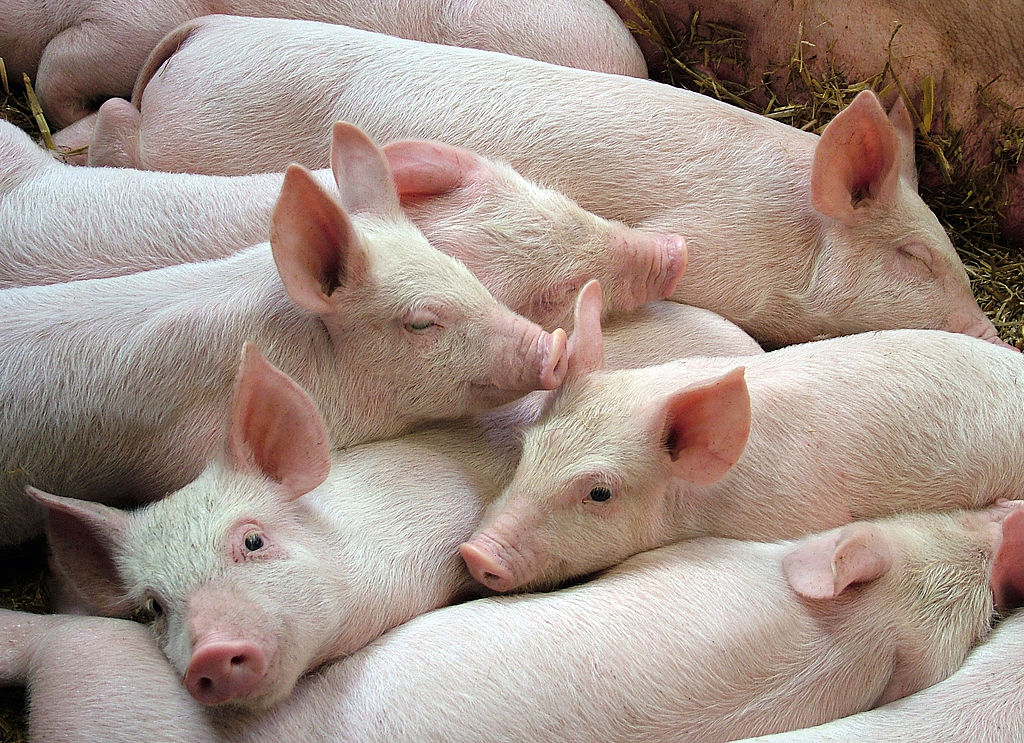 Pigs on Norwegian farms became infected with a superbug common in the Danish herd – despite Norway having a near total ban on live imports – through farm workers who had worked abroad, a study has found.

Researchers looked at three outbreaks of a livestock variant of MRSA (Methicillin-resistant Staphylococcus aureus) in Norwegian pigs and concluded they were very likely sparked by humans – a transmission route that was previously unknown.

In two cases the bacterium was very similar to that found in Danish pigs and workers on the affected Norwegian farms had known contact with pig farms in Denmark. The third case also involved foreign farm workers, though it was not known whether the laborers had been in contact with livestock before entering Norway.

Norway has strict procedures in place to keep its herd disease-free and is now considering introducing mandatory screening of all farm workers before they enter pig farms. The approach is a marked contrast to that of the UK, which does not see Livestock Associated-MRSA (LA-MRSA) as a serious threat to animal or human health.

The Bureau revealed earlier this week that regulatory loopholes meant pigs known to infected with LA-MRSA could be freely exported from Denmark to Britain.

Recent testing of supermarket meat suggests the British herd is already becoming infected. The campaign group Alliance to Save Our Antibiotics looked at 93 samples of pork produced in the UK and found the bug was present in three packets of mince on sale in Asda and Sainsbury’s.

A strain of LA-MRSA known as CC398 is rife in pig herds in Denmark and the Netherlands. In Denmark thousands of humans have contracted the bug and six people have died since 2012.

The bacteria can be passed to humans when they work directly with infected livestock but also when they handle contaminated meat.

Many people carry the bug without getting ill but if they do develop the disease it is hard to treat as the bacterium is resistant to human medicine. It can cause skin complaints as well as more serious and life-threatening infections – mainly in people with underlying conditions such as pneumonia and blood poisoning.

In order to prevent the infection becoming widespread, Norway introduced a near-ban on live imports more than a decade ago, allowing less than 80 pigs to enter the country between 2000 to 2015. All were screened to ensure they were free of disease.

Despite this, there were were three outbreaks of the superbug between 2008 and 2014. As part of the new study, Danish and Norwegian researchers worked collaboratively to find out how it came into the country.

Genetic testing revealed the bacteria in two of the cases were very similar to the CC398 strain found in Denmark. The third outbreak was found to be genetically similar to strains from several European countries, including Denmark, so it is possible the disease was solely spread from there.

The study, published in the Clinical Infectious Diseases journal, “strongly suggests that the outbreaks were caused by human introduction of MRSA”, the authors said.

Once the bug had been introduced into the Norwegian pig herds, it spread to other pig farms through the country as animals were traded – and it may also have been transmitted through farm workers and on livestock trucks, researchers said.

The Norwegian study was carried out by researchers from the Norwegian Institute of Public Health and the Statens Serum Institut, Copenhagen.

This story is part of the Bureau’s in-depth investigation series looking at AMR. If you have any stories or tips please contact our dedicated AMR reporter Madlen Davies: [email protected]

Get all of TBIJ’s antibiotic resistance updates on Twitter: @TBIJAntibiotics

Photo of piglets via Getty Images