October 3, 2016 by Abigail Fielding-Smith
Published in: Uncategorized
Tweet
Email this 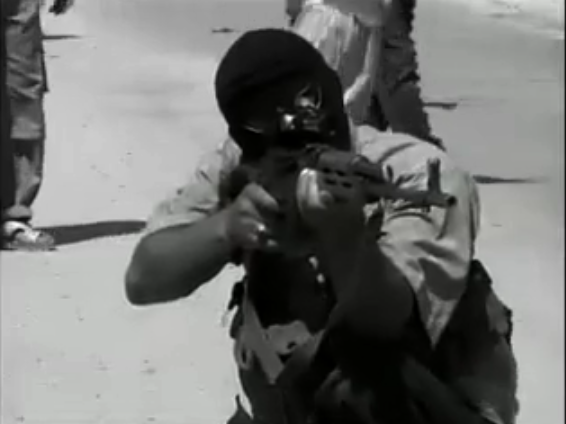 Screengrab from an anti-al Qaeda infomercial produced by Bell Pottinger in Iraq, supplied by Martin Wells

The Pentagon has hired private contractors to produce propaganda combatting Islamic State’s “lies and deception” on social media, the Bureau has established.

A Department of Defense official confirmed the digital warfare tactics in response to revelations by the Bureau yesterday that a British PR firm had been paid $540 million by the US military to produce infomercials fake news in Iraq. Bell Pottinger – a company which has attracted controversy in the past for representing repressive regimes – also made fake al Qaeda propaganda DVDs that were encoded to track whoever watched them when they went online, according to a former employee.

The official did not detail what kind of material companies were producing for the Pentagon today, saying only that the “robust online program” operated using “truthful information directed toward regional audiences to combat ISIL’s (Islamic State’s) lies and deception.”

The effort grew out of information operations to counter al Qaeda and Taliban online propaganda, he said, and “harnesses the professional talents and expertise of both military members and contractors working together.”

Martin Wells, a video editor who worked on Bell Pottinger’s project in Baghdad during 2006-8, told the Bureau he had made news segments made to look as if they were produced by Arabic television networks. He also said he produced fake al Qaeda films recorded onto CDs embedded with code which linked to a Google Analytics account once the films were opened with the media streaming application RealPlayer. This provided the Pentagon with a list of IP addresses where the CDs had been played.

The Pentagon would not comment on whether it was using similar tactics against Islamic State.

Click below for the Bureau’s full investigation on Bell Pottinger’s secret propaganda work in Iraq: 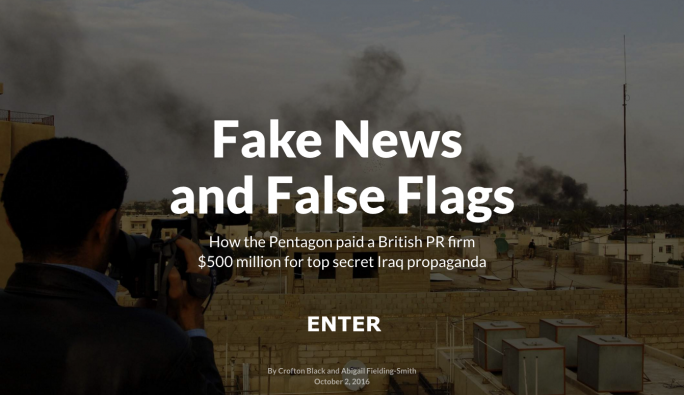 PR guru Lord Tim Bell, who chaired Bell Pottinger at the time of the Iraq contract, said he was “proud” of the work the firm did there.

“We did a lot to help resolve the situation,” he told the Sunday Times, which worked with the Bureau on the story.  “Not enough. We did not stop the mess which emerged, but it was part of the American propaganda machinery.”

Bell Pottinger changed ownership after a management buyout in 2012 and its current structure has no connections with the unit Wells worked for, which closed in 2011.

Both jihadi groups and the media have evolved drastically since Bell Pottinger were working on the Pentagon programme in Iraq, a contract which lasted from at least 2006 to 2011.