September 27, 2016 by Madlen Davies
Published in: Uncategorized
Tweet
Email this 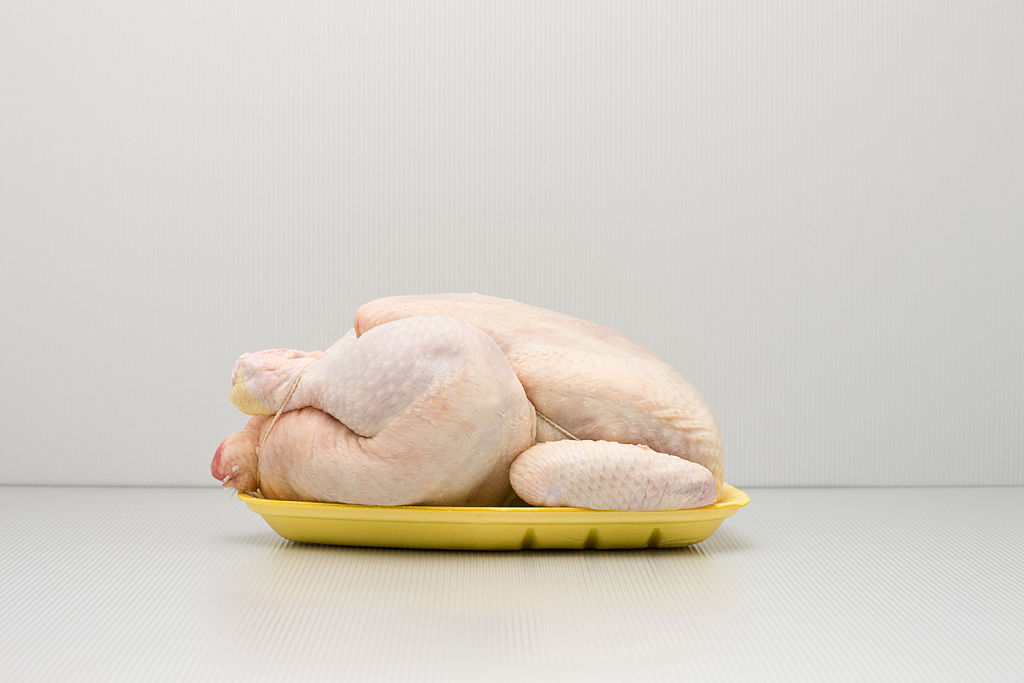 The UK’s most common type of food poisoning bug is showing drastically increased resistance to antibiotics, testing has revealed, which could mean the infection becomes harder and harder to treat.

The Food Standards Agency (FSA) tested campylobacter bacteria found in chickens sold in supermarkets across the country, and discovered that resistance to certain antibiotics had more than doubled. The FSA also found that 5% of the bacteria samples tested had multiple drug resistance, meaning there would be few treatment options available.

Campylobacter bacteria are the main cause of food poisoning in the UK, responsible for half a million infections, 100 deaths and 80,000 GP consultations every year. They are primarily found in poultry, with about three quarters of all fresh chickens sold in British supermarkets and butchers contaminated with the bug. The illness is thought to cost the economy at least £900 million annually.

The bugs are killed when the chicken is thoroughly cooked, but can cause food poisoning when people handle and prepare the raw meat.

The FSA tested 283 samples of campylobacter found in whole chickens and found that almost three quarters were resistant to at least one antibiotic.

The samples tested contained two strains of campylobacter known as C. jejeuni and C.coli. The FSA found that resistance to ciprofloxacin – a commonly-used antibiotic in human medicine and one which is used to treat severe cases of campylobacter – had more than doubled in the C. jejeuni bacteria since the last survey was carried out in 2007/8. About half the C.jejeuni was resistant to ciprofloxacin, up from 19% eight years ago.

Ciprofloxacin resistance had risen by almost two thirds in the C.Coli – 55% of the bacteria samples were resistant, up from 34%.

The report also revealed a big increase in resistance to the antibiotic nalidixic acid – more than half the C.jejuni and C.Coli were resistant to the drug, up from 20% and 34% respectively in the 2007/8 survey by the FSA.

Across the 283 samples tested by the FSA, 5% showed resistance to multiple antibiotics, meaning treatment options would be very limited. Given that 900 million chickens were produced in the UK in 2014, millions could be carrying multi-drug-resistant bacteria, the report warns.

See all of the Bureau’s stories on antibiotic resistance here

Professor Tim Lang from City University’s Centre for Food Policy said the rise in resistant campylobacter in chickens could cause more infections and deaths.

“The likelihood of rising deaths due to antimicrobial resistant bacteria and profligate drug use increases. This is deeply worrying and poses gross pressures on the NHS,” he said. “We’re passively accepting 100 deaths a year, will we accept 1,000 or 10,000? What I fear is the normalisation of antimicrobial resistance related deaths.”

Ciprofloxacin and nalidixic acid are part of a group of antibiotics known as fluroquinolones, which are a type of drug classified as “critically important”. Such a label means a drug is the only option or one of very few alternatives for treating a certain illness in humans.

One of the key drivers of antibiotic resistance is the use of the drugs within industrial farming. An investigation earlier this year by the Bureau revealed UK poultry producers were continuing to use significant quantities of fluoroquinolones, despite the fact it is fuelling the rise of resistant campylobacter.

We obtained previously unpublished data compiled by the British Poultry Council (BPC) revealed its members had increased their use of the drugs from 2013 to 2014 by almost 60%. Poultry producers used 1.126 tonnes of fluoroquinolones in 2014 compared with 0.71 tonnes in 2013.

Subsequent industry data showed use of fluoroquinolones by poultry producers dropped 48% in 2015. The BPC says it is committed to reducing antibiotic use.

However the FSA’s report indicates the practice change has not yet had an impact on the levels of antibiotic resistance found in chickens.

The findings raise concern about finding drugs that can treat campylobacter effectively, particularly when infections are severe, said the FSA. It would continue to monitor trends in resistance, it added.

The routine use of drugs like fluoroquinolones in agriculture should be phased out altogether, said Professor Lang.

The FSA has also released the results of its first survey measuring antibiotic resistance in E.coli in pork and beef.

Six out of 624 beef and pork samples tested were found to contain E.coli bacteria which was multi-drug resistant.

The E.coli contained enzymes known as ESBL or AmpC, which can break down different classes of antibiotics and make them ineffective.

Overall, results showed about 1% of retail beef and pork samples tested positive for enzymes, suggesting the bacteria were multi-drug resistant.

Image of raw chicken via Getty