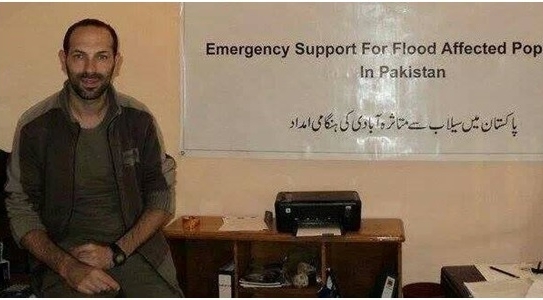 The US government has paid more than €1m to the family of an Italian aid worker killed in a CIA drone strike in Pakistan last year – the first confirmed example of the US paying relatives of a drone strike victim.

An Italian government document outlining the agreement between the US government and the family says the payment is a “donation in the memory of Mr Giovanni Lo Porto”.

There have been several reports of the US making payments to families in Yemen through the Yemeni government. In the past the US has either denied or refused to comment on such reports.

The Italian document, dated July 8 2016 and published on September 16 by Italian newspaper La Repubblica, outlines the legal agreement between the US government and Lo Porto’s parents. It names the US official responsible for the transfer.

The Intercept first reported in July this year the family had received a payment. The value of the donation remained unknown until now.

The agreement explicitly states the €1.18m donation is an “ex-gratia payment,” meaning the US government is making the payment voluntarily and accepts no legal liability or obligation as a result.

It also states the US government and its officials keep their right to immunity from prosecution for the drone strike itself in an Italian court.

The January 15 2015 attack killed Lo Porto while al Qaeda held him captive in a house in Pakistan’s tribal areas. The attack flattened the building and killed another hostage, American aid worker Warren Weinstein.

Four al Qaeda fighters were also reported killed in the attack. One of them, Ahmed Farouq, was a US citizen.

News of Lo Porto and Weinstein’s death did not emerge until April when President Barack Obama publicly acknowledged the US had conducted the strike -the first time a US official had publicly accepted the US was responsibile for a drone strike in Pakistan.

This story is published as part of the Bureau’s Naming the Dead project which is supported by Joseph Rowntree Charitable Trust.

The names for all 10 came from either terrorist propaganda or the US government.