May 14, 2016 by Andrew Wasley and Victoria Parsons
Published in: Uncategorized
Tweet
Email this 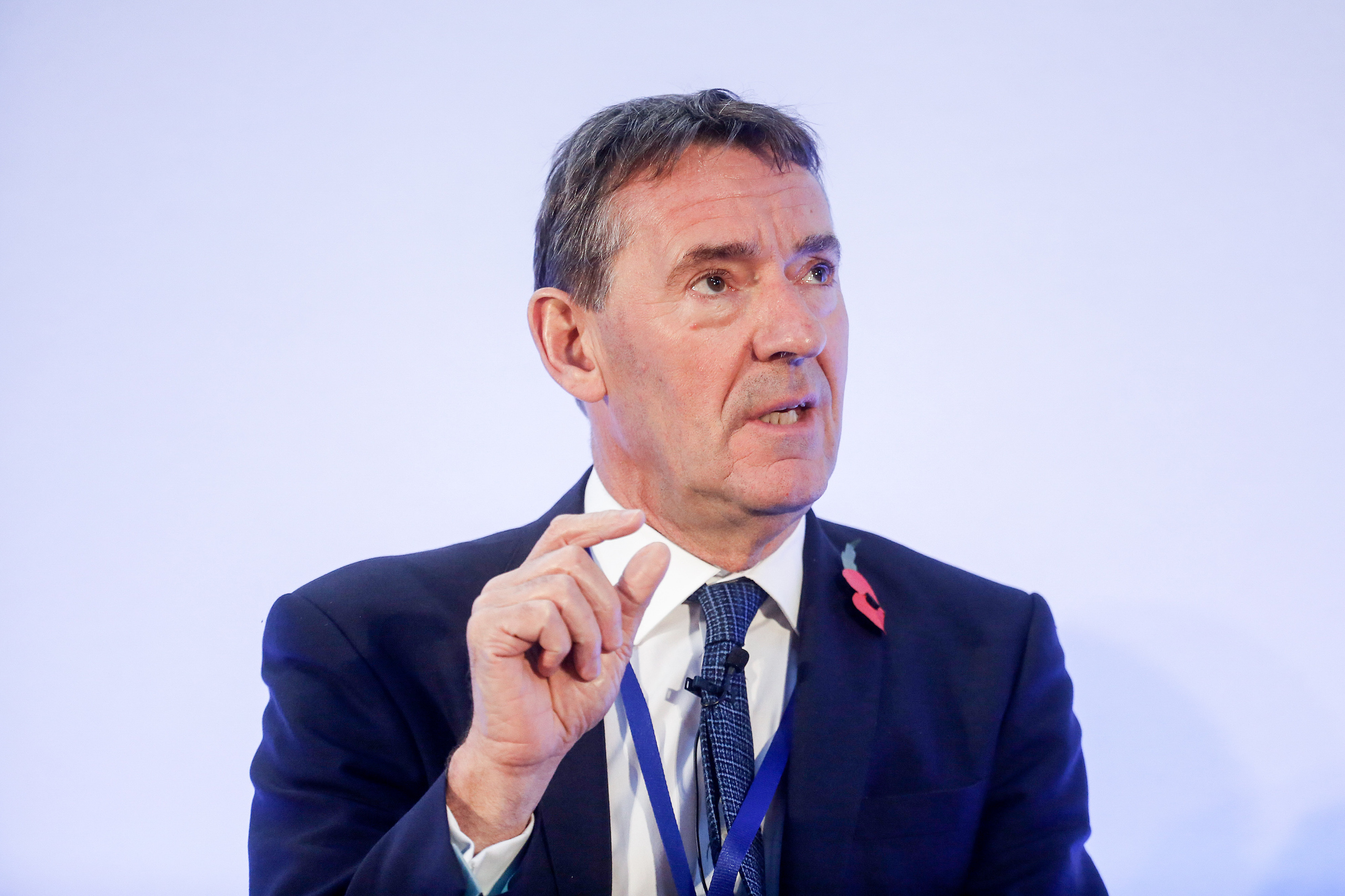 The danger to human health from the world’s antibiotic resistance crisis is “a much more troubling train wreck” than even the great financial crash of 2008, former Goldman Sachs chief and now UK minister Lord Jim O’Neill has warned.

Speaking exclusively to the Bureau of Investigative Journalism, Lord O’Neill, who was handpicked by David Cameron to examine the issue for the government in 2014, said there was an urgent need for industry leaders and consumers to “change mindsets” – and that a tax on antibiotics may even be one option to help fight the crisis.

O’Neill, the Commercial Secretary to the Treasury, has spent the last 23 months chairing the government’s Review on Antimicrobial Resistance (AMR Review), and he is due to publish its final report and recommendations on Thursday.

It will include a tax on antibiotics as one possible mechanism to raise money to address AMR, although it is not given particular prominence or highlighted as a preferred option.

He has recently briefed not only the cabinet on the wider issue, but also all the permanent heads of departments throughout the civil service – a sign of how important his work is being taken.

“The rate of change is shifting in an exciting way,” he told the Bureau, which is currently investigating the issue as part of a long term project.

O’Neill was chosen to lead the government’s fight on the issue because of his world renown as an economist. Formerly the chief economist of Goldman Sachs and later chair of Goldman Sachs Asset Management, he is most famous for coining the term BRICS to describe upcoming nations Brazil, Russia, India, China and South Africa.

Cameron specifically wanted an economist’s outlook to tackle the antibiotics crisis, while Chancellor George Osborne last month told an IMF meeting in Washington that left unchecked it could be a greater threat to health than cancer by 2050.

“But here you can see a very different, much more troubling train wreck coming because of the lives lost and all the rest of it.” – Lord Jim O’Neill

Drawing on his experiences of the recent financial crash, O’Neill said he wanted to encourage consumers and companies to realise it was in their interests to act before it was too late.

He said: “I’m saying that as someone whose come obviously out of the finance industry and been through the financial crisis. You know, it’s like, that was a train wreck. How did nobody ever notice it but plenty of us could see it coming – we just didn’t know when and what [was] the right thing to do.

“But here you can see a very different, much more troubling train wreck coming because of the lives lost and all the rest of it.”

Although the overuse of antibiotics in human healthcare is widely viewed as the bigger cause of drug resistant bacteria, veterinary use of the drugs outstrips human use globally. However, until recently, little attention has been focused on this area.

In December, the AMR Review called for a reduction in antibiotic use in livestock farming, and for drugs that are important for human medicines to be curtailed or even banned on farms.

The body warned that human health was at risk from antibiotic resistant infections being passed on via the food chain, from direct contact with infected animals and from farm waste.

In his interview with the Bureau, although O’Neill was guarded about the contents of next week’s report, he said it would not specifically call for a tax on food companies.

However, when asked whether some kind of charge similar to the “sugar tax” could be on the agenda, he said it was a move that could be expected somewhere down the line.

He said: “If big food producers don’t see that it’s in their own enlightened self interest to shift to a more sustainable model then it will inevitably become a policy attraction at some point.

“Because as we get closer and closer to ten million people around the world dying […] one thing that you’re guaranteed governments do – and saying that as somebody who’s here inside a government – you know [when] something goes wrong, somebody gets blamed.

“The idea of using the tax system, or some other form of charging, is definitely something we have explored and have ideas about on the pharma industry.

“And so why would it not be something that would be relevant for all those participants that are part of [..] what in classic economic terms would be regarded as a market failure problem?”

He said such mechanisms for tackling drug resistance were very much in keeping with the strategy of the government-commissioned review.

“The whole approach has been thinking about it from an economic perspective, and assuming all the knowledge we can on the science and therefore we’re trying to think of the right incentives, rewards, penalties in order to come up with solutions,” he said.

In 2014, the Review’s first report warned that failure to tackle drug-resistant infections could lead to at least 10 million extra deaths a year by 2050 and end up costing the global economy up to $100tn.

The stark figures were the result of the first attempt to quantify the “cost” of the resistance crisis, a move designed to galvanise Governmental action globally.

Despite the scale of the problem – and the relatively little focus on farm use of antibiotics so far – O’Neill said he was encouraged by the actions of some large food companies, citing a decision by McDonald’s to prohibit certain antibiotics in chicken production in the US.

“I call it the Shake Shack factor […] and it’s a great development because as you know, we find in all walks of life, you can’t beat the power of the consumer,” he said.

“If big consumer [companies] start to realise that the emerging generation actually wants to eat better stuff and wants to eat at Shake Shack and not McDonald’s and not Burger King and God knows what else, you know they’d better shift pretty quickly or they’ve got problems. That’s a really good development that we’re eager to encourage more of.”

“There’s nothing like enlightened self interest [to] get companies shifting, when they realise if they don’t do something then their business model is in trouble,” he said.

“And I’m pretty sure that’s why McDonald’s didn’t suddenly wake up and think, ‘Oh wow, let’s be good guys and do something on antibiotics’.

“[It’s because] ‘We’ve seen this new company suddenly appear and if we don’t do something we’re going to lose a lot of market share’.”

Although the AMR Review’s work has focused on the global problem, rather than the UK specifically,  O’Neill said he was confident senior figures in the government were now taking the issue seriously.

He said Cabinet Secretary Sir Jeremy Heywood, had also recently invited him and Chief Medical Officer Dame Sally Davies to present to all of the permanent heads of department at their weekly meeting.

The minister confirmed that a cross-government group – including officials from the Treasury, Foreign Office, Cabinet Office and the Department for Farming and Rural Affairs – would continue to work on the issue after the Review’s formal remit ends with the report’s publication.

He said it would focus on proposals to finance new drugs at the G20 meeting of world leaders in the autumn, and the development of a global UN agreement around antibiotic use in agriculture.