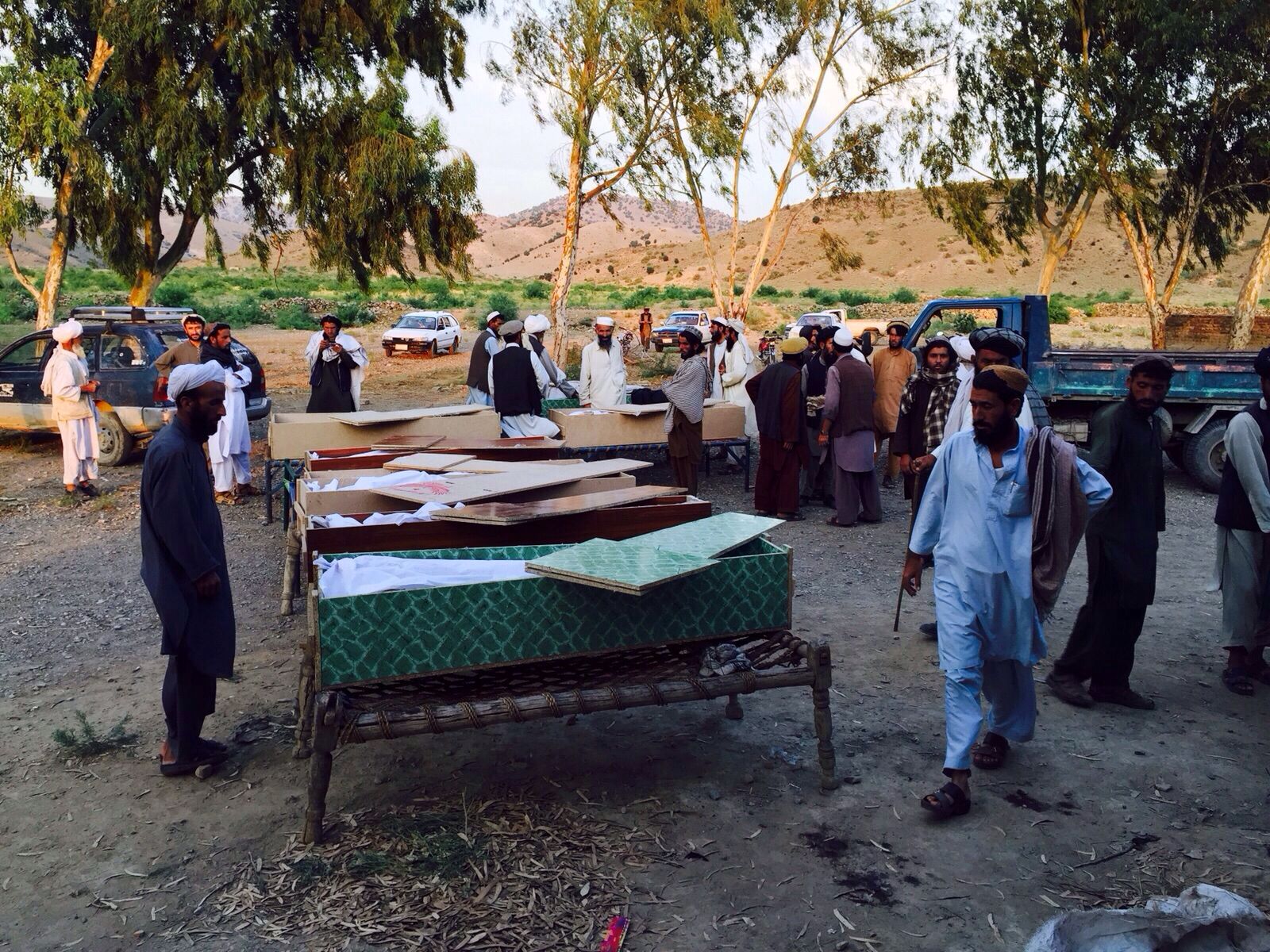 The rate at which civilians are being killed by US airstrikes in Afghanistan is at its highest point since 2008, an analysis of newly published UN data reveals.

Research by the Bureau shows that on average a civilian was killed every fourth drone or jet strike in 2015 – up from one in 11 attacks the year before and the first time the casualty rate has risen since 2011. The rate was last at such levels at the height of the Afghan war in 2008.

The rates are calculated by using civilian death tolls compiled by the United Nations Assistance Mission in Afghanistan (Unama) for its annual report and from official US Air Force data on the number of strikes it carries out in the country.

In its latest annual report published at the weekend, Unama said there had been 103 civilian deaths from US air actions in Afghanistan in 2015. Although these deaths are slightly more than the 101 recorded in 2014, they came from a third as many airstrikes. While there were 1,136 airstrikes in 2014, this number fell to 411 in 2015, the first year after the withdrawal of most US troops.

The sudden rise after so many years of falling casualty rates has raised concerns that military targeting is becoming less accurate or that there might have been an unannounced change in the rules of engagement.

With mounting pressure on the US to increase the number of air attacks in Afghanistan, observers feel these concerns are particularly urgent.

Special Report: The Mystery of Khost: Did US kill 14 innocent Afghans?

Chris Woods, director of the monitoring group Airwars, said “hard-won” lessons from 2009 onwards, when serious efforts to reduce the civilian casualty rate from international airstrikes began, were being lost.

He said: “What this [the UN data] indicates to me is that they are not taking the same care. This is not just about accuracy, it’s about politics.

“Bluntly, how many civilians is the US prepared to kill in Afghanistan to achieve its goals?”

In 2009, the US made targeting rules far more stringent after then commander US General Stanley McChrystal regarded soaring casualty rates as hugely damaging to the war effort. Apart from a brief spike in 2011, the average number of UN-recorded civilian casualties per airstrike has fallen every year since.

A US army spokeswoman in Kabul declined to tell the Bureau whether there had been any change in targeting policies in 2015, citing operational security.

Of the 103 civilian deaths recorded by the UN in 2015, the gunship attack on a Medecins Sans Frontieres hospital in Kunduz in October accounted for 42 of the total.

In addition, as a highly detailed four-month investigation published by the Bureau today shows, the UN has also classified 14 people killed in a counter-terrorism strike in Khost province in June as civilian deaths. The US disputes the UN’s account of Khost.

Excluding these two single attacks from the casualty total would 47 dead in 409 attacks – a rate of one civilian dead for every nine strikes.

It is also possible that the UN’s 2015 figures were produced by a handful of bloody attacks which indicate a propensity for error but not necessarily a systematic change in targeting procedure or intelligence.

The UN report does not specify how many individual incidents produced 2015’s death toll of 103.

Since combat operations were declared over at the end of 2014, the US has been carrying out three types of strikes in Afghanistan – counter-terrorism strikes against al Qaeda and Islamic State, actions in defence of US or Nato forces, and, in extremis, air support to Afghan forces. Prior to 2014, the figures provided by the US Air Force for airstrikes included a relatively small number by its coalition allies.

Most US troops were withdrawn from Afghanistan by the start of 2015. Around 6,000 US troops remain there as part of a multinational operation training mission, along with a 3,000-strong counter-terrorism force.

The Taliban pressed forward in 2015, capturing towns and killing large numbers of Afghan security forces. There is now growing pressure on the Pentagon to start offering air support to Afghan forces.

Experts fear the Afghanistan conflict will intensify in 2016.

Sahr Muhammedally from the Center for Civilians In Conflict, an NGO, warned that Resolute Support (RS), the Nato mission in Afghanistan, needed to ensure its systems were ready for 2016.

“I think its going to be a difficult year,” she said. “In 2016 the fight’s going to be ugly… RS has to ensure that all policies and guidance have been disseminated and are being adhered to by all troops.”

When asked about the shifting civilian casualty rate, Colonel Michael Lawhorn, of Resolute Support’s Kabul headquarters, said: “We continue to take all reports of civilian casualties seriously and thoroughly review each one. We remain absolutely committed to doing everything possible to avoid civilian casualties.”