January 26, 2016 by Melanie Newman
Published in: Uncategorized
Tweet
Email this 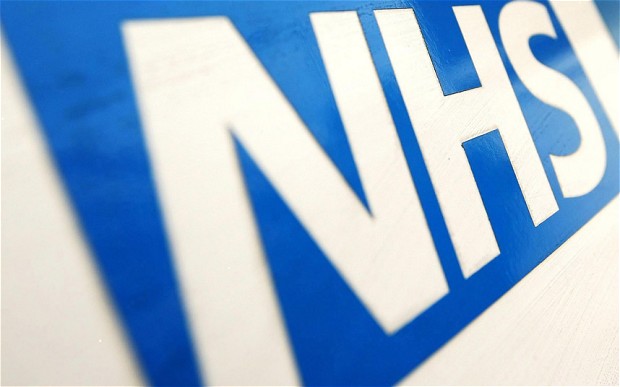 A patient tried to strangle themselves during an official inspection of a mental health trust which had repeatedly failed to follow formal advice on reducing suicide risks, a report revealed today.

The unnamed patient, who was found unconscious, attempted to kill themselves with a ligature as inspectors visited the North Essex Partnership University NHS Foundation Trust last August. Two men had already died by hanging on the trust’s acute wards earlier in the year.

The Care Quality Commission, which carried out the inspection, today published a damning report into its findings.

It said the trust had failed to respond to warnings from the CQC and others over five years about ligature points on its acute wards, despite repeated assurances that it was acting on the concerns.

The CQC’s report found that overall, the trust “required improvement” but gave it the worst possible rating – inadequate – for safety.

The report follows the Bureau of Investigative Journalism’s findings, published last year, that internal recommendations made after a hanging death as far back as 2004 had not been adopted. These included removing ligature points on doors. Since then at least seven patients killed themselves using ligatures at the trust.  The Bureau is investigating the provision of care in the UK.

Melanie Leahy, whose son died by hanging while an in-patient at the trust in 2012, said she welcomed the CQC’s report but that it was “too long in coming”.

The report coincided with the release of NHS figures showing the number of deaths annually among mental health patients in England has risen 21% over the last three years from 1,412 to 1,713.

According to today’s CQC report, inspectors found a total of 25 incidents relating to the use of a “ligature attached to a fixed object” had occurred over nine months in the Essex trust’s acute psychiatric wards.

An emergency incident also occurred during their four-day visit in August 2015. “During this inspection staff found a patient unconscious following an attempt to strangle themselves with a ligature,” the report said.

The inspectors said the incident “was in spite of serious concerns identified to the trust by the Care Quality Commission as part of our ongoing regulatory inspections”.

It added: “Two deaths due to self-ligature had happened over the past 12 months. There were a number of similar deaths in the previous years.”

The report found that staff on two of the acute wards, where the men died last year, “were not immediately aware of where the ligature cutters were located”.

Dr Paul Lelliott, deputy chief inspector of hospitals at the CQC, said today: “Over the past five years, CQC inspectors, along with Mental Health Act reviewers, have inspected the trust several times. Each time we have identified problems that the trust needed to address…each time the trust had given assurances and then has not done so.”

For example, the trust, which manages sites in Colchester and Chelmsford, had identified the need to make changes to wards to remove fixtures and fittings that might put patients at risk but had not yet undertaken the work.

Ligature-free doors had not been installed or even commissioned despite these having been agreed some time ago.

“Senior managers and directors could not explain why the trust had not addressed the problems”, the report said.

The trust’s acute wards have been on the CQC’s radar for a number of years.

In 2012, Matthew Leahy, 20, was discovered hanging from bedding attached to the hinges of his bedroom door.

After Matthew’s death an internal inquiry established that his bedroom door did not open outward or have safety hinges.

The inquiry recommended the type of door hinges used by the trust be reviewed “to reduce the possibility of this method of suicide”.

In June 2013, the CQC inspected the trust’s acute wards. Its report acknowledged that the trust had carried out risk audits but highlighted ligature points as a concern.

The CQC report, published in July 2013, said: “This was discussed with the senior management team on the day of our inspection who assured us that this had been noted in the service’s patient safety audit and would be addressed.”

In March 2014, 73-year-old Iris Scott hanged herself from the door of her en-suite bathroom in the trust’s Crystal Centre for the elderly.

Eleven months later, on February 17 2015, a 57-year-old man died after being found hanged from the door of a shower room in one of the acute wards.

When its inspectors’ report was finally published in May last year, it found “high risk” potential ligature points.

The inspectors also found that no action had at that point been taken to replace door hinges on the wards despite the recommendations of the inquiry into Matthew Leahy’s death.

On May 21 2015, the day after the CQC inspectors’ report was published, another man died after being found hanged on one of the acute wards.

A follow-up CQC inspection in August 2015 – which was published today – found “an unacceptable number of ligature risks remained” and that anti-ligature doors had “not been installed or even commissioned despite being agreed some time ago”.

Dr Paul Lelliott, deputy chief inspector of hospitals at CQC: “Each time we have identified problems that the trust needed to address…each time the trust had given assurances and then has not done so”

Melanie Leahy said today: “I’ve been pushing since 2012 for an official acknowledgement that safety standards at the trust are inadequate.”

She wrote to the CQC last summer to complain about the trust’s failure to change the doors in the acute wards.

“If this issue had been addressed after my son’s death in 2012 I believe the two other men might not have died,” she said.

She has set up a Facebook page to highlight the issues at the trust.

The trust’s chief executive, Andrew Geldard, who is paid £150,000 per year, said today: “While much of the discussion around the report will focus on our in-patient adult wards, where the inspectors found issues regarding the quality of the environment, the range of activities for service users and care planning, we must remember they also reported many areas of good practice and received many positive comments about care from service users and carers.”

He added that the trust had already begun a programme of improvements costing more than £1m and “more work that addresses all the CQC’s comments is either in progress or planned”.

Last September a trust spokesman told the Bureau doors with anti-ligature hinges and pressure pads were being installed throughout “all our centres and wards”.