January 11, 2016 by Drones Team
Published in: Uncategorized
Tweet
Email this 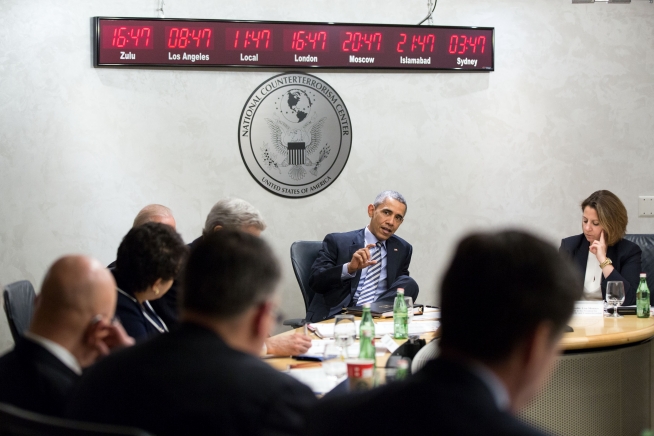 The events detailed here occurred in 2016. These have been reported by US or Pakistani government, military and intelligence officials, and by credible media, academic and other sources, including on occasion Bureau researchers. Below is a summary of CIA drone strikes and casualty estimates for 2016. Please note that our data changes according to our current understanding of particular strikes. Below represents our present best estimate.

You can access a complete spreadsheet of all strike and casualty data for Pakistan here.

See the Pakistan drone strike database for all strikes under President Bush, 2004 to January 2009.

The first reported CIA drone strike in Pakistan since September 1 2015 killed five people in the Shawal area of North Waziristan.

The second CIA drone strike of the year in Pakistan killed three or four people and injured another. The strike hit a collection of buildings and vehicles in lower Kurram tribal agency.

Current or former Haqqani Network fighters were said to be the targets of the attack however none of the dead were identified in the first reports to emerge on the afternoon of February 22.

The strike hit before dawn, hitting three buildings and two vehicles used by Haqqani fighters to carry out operations in Afghanistan, according to an unnamed Pakistani official. However a security source told Express Tribune the attack targeted Abdullah and Jamshed Markaz, “former Haqqani Network” fighters. The source did not say if the men had perished in the strike. The injured man was taken to Doaba hospital, according to the INP news agency.

US drones killed Mullah Akhtar Mansour, the leader of the Afghan Taliban, in eastern Pakistan, and one other person according to President Obama, Afghan government and a Taliban leader.

The attack hit at about 3pm local time (10am GMT) and was characterised as a force protection strike, conducted to take out a threat to US and international forces in Afghanistan, in a statement by the President.

It was an unusual strike in several ways. The first since February, it was the first in Balochistan and only the sixth outside Pakistan’s Federally Administered Tribal Areas. It was also the first known drone strike in Pakistan to be conducted by the US military and not the CIA. Every strike in Pakistan hitherto had been commanded by the CIA, though the actual equipment was owned and operated by the US Air Force.

Mansour was killed while being driven through Balochistan, a troubled region of Pakistan which is home to a separatist movement as well as the Afghan Taliban’s leadership. He had just returned from Iran, according to a passport found at the scene. The passport, thought to be Mansour’s, showed he had returned from Iran that day.

The bodies of two people were recovered from the wreckage. The other dead man was just a taxi driver, according to local officials. Mohammad Qasin, the driver’s brother, told the Washington Post: “On Thursday night, he told me that he’ll be on a long drive with a passenger coming from Afghanistan… I don’t know anything other than that.”

Analysts and experts speculated on the likely impact of Mansour’s death on the Taliban insurgency. Some suggested it would drive factions apart, weakening the group. Others said these splits would make peace less likely as negotiators would not have a unified entity to talk to. And still others warned it would spur an enraged Taliban to greater violence.

Obama announced Mansour’s death while on a trip in Vietnam. He said it was “an important milestone”, adding: “We have a high-profile leader who has been consistently part of operations and plans to potentially harm US personnel and has been resistant to the kinds of peace talks and reconciliation that could ultimately bring an end to decades of war in Afghanistan.”

Obama personally authorised the strike earlier on May 21. It involved multiple drones.

Islamabad in the past has reacted furiously to strikes outside the tribal areas. However, externally, it was treating the incident with uncharacteristic sangfroid.

This is unusual not least considering in 2010 Dawn reported it had seen Pakistan government documents detailing Pakistan and the US’s collaboration on drone strikes. It set out Pakistan’s “red lines” when it came to what it was not willing to tolerate. They included a stipulation that there be “no extension of drone attacks to Balochistan.”

However the Pakistani government’s initial response was limited to protestations that the strike violated Pakistani sovereignty – something that followed each drone strike as a matter of course.

This had led some to speculate the strike was conducted with the blessing of the Pakistani military establishment. The US has said it informed Pakistan after the strike took place.

On May 23 however the Pakistan government called the US ambassador in to protest the strike in person. And privately Pakistani officials were livid, according to the Express Tribune. One said the US had deceived Pakistan. “The US was telling us they will not target Taliban leaders while efforts are on to bring them to the negotiating table,” the official said.

The official lamented the detrimental impact the strike would have on negotiations and hinted at “far reaching implications” it could have on US-Pakistani relations.

Analysts also saw a dim future for what was historically an uneasy alliance. Ahmed Rashid, author of a book on the Taliban, told the Wall Street Journal: “I think this is going to create more tension between the US and Pakistan… This is a sign of the US getting more and more frustrated with Pakistan’s inability or unwillingness to put pressure on the Taliban.”

Bruce Riedel, a South Asia expert at the Brookings Institution and former CIA officer, told the Washington Post: “This is an unprecedented move to decapitate the Taliban leadership in its safe haven of Pakistan… It exposes Pakistan’s role in promoting and protecting the Taliban, and will provoke a crisis in US-Pakistan relations.”

The Bin Laden raid was one of several incidents in 2011 that soured US-Pakistani relations. It remained to be seen how detrimental the death of Mansour would prove to be.

A leadership council, or Shura, began the negotiations to choose the next leader by May 23. The Wall Street Journal reported there were three possible candidates. The first was Maulavi Haibatullah, one of Mansour’s deputies and leader of the religious Ulama council. The second was Mullah Abdul Qayum Zakir, an operational commander who had opposed any talks with the Afghan government. The third was Mullah Yacoub, the son of the Tailban’s founding leader Mullah Omar. He was seen as perhaps too young.

A fourth candidate put forward by some experts was Sirajuddin Haqqani, leader of the Haqqani Network. Affiliated to the Taliban, the Haqqanis are part-insurgent group and part-drug smuggling cartel. He had recently taken responsibility for Taliban field operations and was in contention for the top job, some analysts believed.

Some speculated killing Mansour would exacerbate internal divisions and weaken the Taliban, making them more likely to come to the negotiating table. But other experts said a fractured insurgency would mean negotiators had no single entity to work with, making peace harder.

Thomas Rutig of the Afghan Analyst Network, took a pessimistic view of how Mansour’s death would affect the prospect of peace. He told the Daily Telegraph: “There wasn’t much of a peace process. There was an attempt to get one going. If you then target their leader, that doesn’t really look to me like an invitation to talks. If it turns out that Mullah Mansour has been killed, or even just targeted, it will encourage their anger.”

A US intelligence analyst told the Telegraph a leadership shake-up may not necessarily weaken the Taliban given their battlefield success. “It’s hard to see much incentive for them to start compromising now, with the fighting just heating up again,” the analyst said.