December 11, 2015 by Jack Serle
Published in: Uncategorized
Tweet
Email this 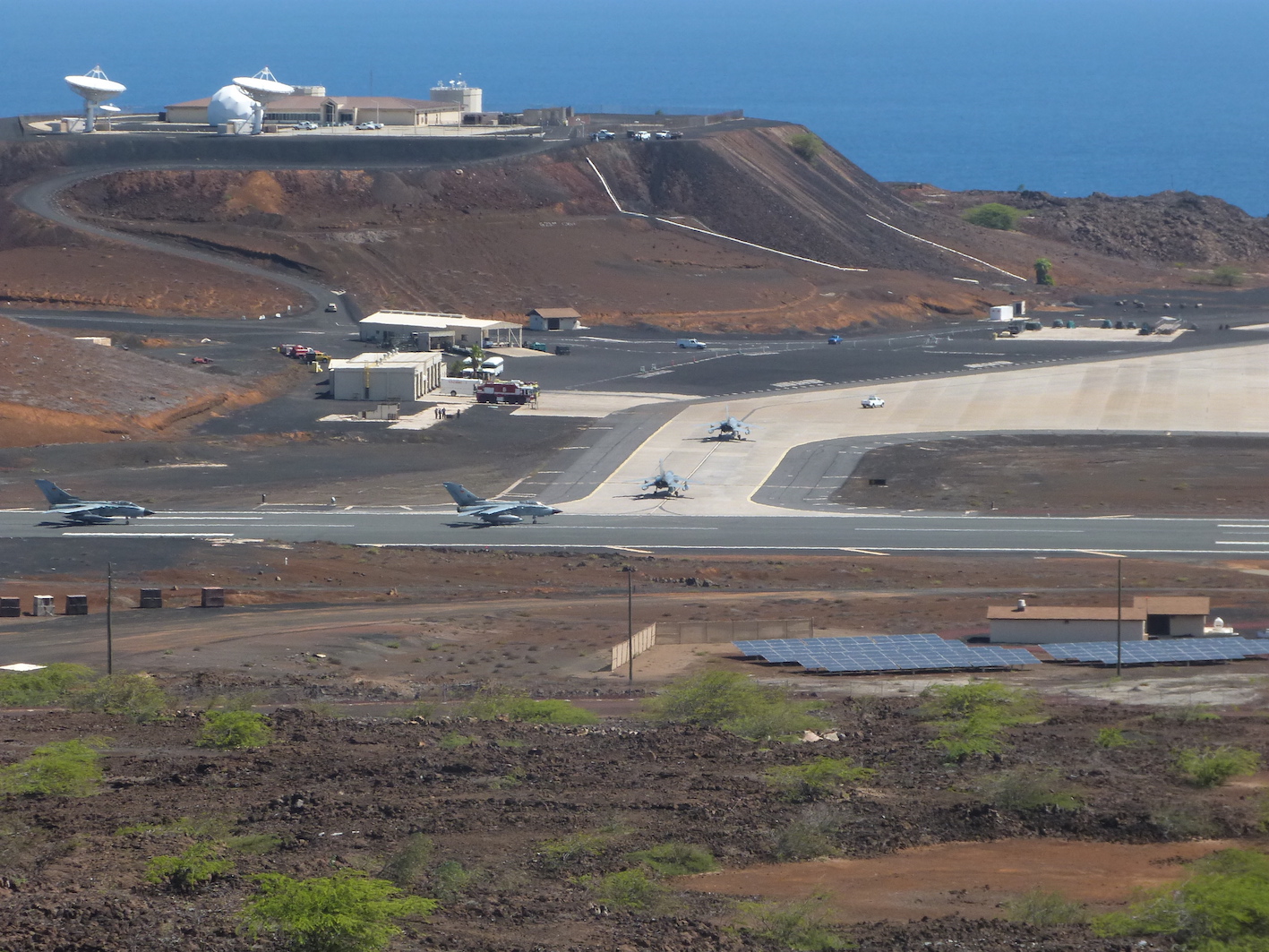 The Army has moved to accelerate the training of pilots for its £1.2bn Watchkeeper spy drones by sending them to the tropical Ascension Island for the winter after problems were found flying the aircraft in British weather.

Military chiefs say they are under pressure to prove the operational capability of Watchkeeper, a flagship UK drone programme considered “game-changing” for troop operations on the ground but which has been beset by years of delays and cost over-runs.

The Army and the Ministry of Defence have so far taken delivery of 36 of them – out of a deal for 54 signed with French aviation giant Thales in 2005 – but as of September this year had only six fully trained pilots, two of whom are civilians.

Army bosses are desperate for more pilots – and for pilots to rack up more flying time.

The shortage means the Army does not expect to deploy Watchkeeper on operations until the end of next year.

Although the UK as yet is ruling out sending ground forces to fight so-called Islamic State (Isis) it has decided to send peacekeeping troops to Somalia and South Sudan, where Watchkeeper could be used.

The supposedly “all weather” drones are currently being tested in Aberporth, west Wales, and at Boscombe Down on the Salisbury Plain.

But with the Army worried about rain, snow, wind and ice affecting flying time in the UK, a decision has been taken to send an undisclosed number to the Ascension Island for eight months, a British Overseas Territory just south of the equator.

A team big enough to ensure 16 pilots are trained will be dispatched. The drones will be shipped out on December 22 and arrive early January. Testing will begin shortly afterwards, with a full training programme running from April until August.

The decision was announced at a drone conference at Twickenham Stadium on December 1, the day before the Commons voted to extend RAF bombing missions against Isis in Syria.

The announcement was made by Major Tom Luker, second-in-command of the Royal Artillery’s 47 Regiment, the UK’s Watchkeeper regiment.

“I think you’ll be staggered by how few pilots we’ve got,” he said.

He added: “[The MoD] is really under pressure to have some form of operational output from Watchkeeper – essentially because, as taxpayers, we’ve been waiting for this capability for several years.”

He explained that while Watchkeeper operations were now “routine business” at Boscombe Down, “in 2016 we’ve got to increase both the tempo and momentum of training”.

He said: “As we enter the famous UK winter we are expecting to have a combination of relatively high winds, potentially excessively rainy or snowy conditions that will affect the runway, but also a low freezing layer. Now all of these affect the current build standard of Watchkeeper.

“So what we’ve needed is somewhere that is relatively warm and relatively benign particularly over the winter months, somewhere where we can have relatively easy access to airspace, ideally from a military airbase.

“There are some closer places than Ascension but for a variety of reasons, not least diplomatic, Ascension Island has been hit on as the location.”

He said he would take sufficient drones and ground equipment to train 16 new pilots and develop “the wider operational functions of a Watchkeeper battery” including the ground support operations to launch and recover the drones.

Cold weather can cause a layer of ice to build up on the wings, tail and fuselage of any aircraft, seriously affecting aerodynamics. But it is a particular problem for lightweight drones such as Watchkeeper.

Watchkeeper is an unarmed surveillance drone equipped with sophisticated cameras and radar to give troops on the ground vital intelligence and reconnaissance.

They beam a constant stream of video footage and radar pictures back to a ground station over a radio link where the intelligence is scrutinised by analysts, enhancing commanders’ battlefield awareness.

However because it is radio-controlled it has to fly within 150km of its ground station. Therefore it can only go where British ground troops operate, making it ideal for the war in Afghanistan but ill-suited to the air war against Isis.

Beset by delays and cost overruns, as revealed by the Bureau in October, Watchkeeper has seen action only once – a fleeting deployment to Afghanistan where it flew for 146 hours between September and October 2014, just before the end of the UK’s combat mission there.

It was supposed to enter service in 2010 and be fully operational three years later.

The delay was put down to several factors by the MoD including technical issues and a shortage of trained pilots and support personnel.

The lead contractor on the Watchkeeper project, Thales UK, told the Bureau in October that “significant improvements to aircraft safety regulations and certification in the UK” had added to the delays.

The MoD said today: “Watchkeeper has successfully deployed on operations and the programme’s current focus is on training more personnel and building the asset’s capacity. The consistent weather, uncluttered airspace and flexible access to the runway make Ascension Island a valuable training environment.”

The Ascension Island is one of Britain’s oldest and most remote possessions. A British Overseas Territory, like the Falklands, Ascension is an arid island where the temperature rarely dips below 20C.

It was first home to a British military garrison in 1815 when, with Napoleon imprisoned on nearby St Helena, a Royal Navy detachment occupied the hitherto uninhabited island.

Since the Second World War Ascension has been home to an RAF and US Air Force base. In 2013 the British government was accused of trying to force the Ascension residents off the island to make way for an expanded US and UK military presence.

The British military base is a key element in the South Atlantic Air Bridge – the supply line that links the UK with the Falkland Islands.

You can find Jack Serle on Twitter, sign up for monthly updates from the Bureau’s Covert War project, and see what our drones team is reading on through Drone Reads on Twitter.