December 7, 2015 by Victoria Parsons
Published in: Uncategorized
Tweet
Email this 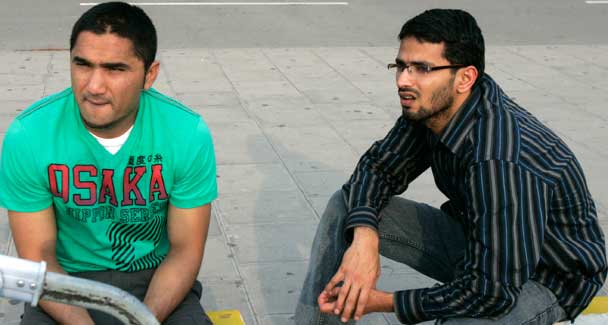 Judges at the Special Immigration Appeals Commission said that for security reasons they were unable to give any details about the misleading intelligence but announced they were quashing Home Office exclusion orders against the two Pakistani nationals.

The pair, Rizwan Sharif and Umar Farooq, were excluded from Britain in December 2009, eight months after they had been arrested as part of a suspected al Qaeda plot to blow up Manchester’s Arndale shopping centre.

The original decision had been taken in December 2009 after then Home Secretary Alan Johnson had “personally directed they be excluded from the UK on the ground that their presence would not be conducive to the public good”.

Sharif and Farooq, who had been in the country on student visas, had left Britain voluntarily two months earlier after being threatened with deportation. The terror allegations against them had been dropped due to lack of evidence.

But in 2011, two years after their return to Pakistan, according to the Siac ruling published today, the men asked Theresa May to reconsider the 2009 decision.

A year later in November 2012, she was sent a crucial “letter of recommendation” from the Security Service that formed the basis of her move to “maintain” Alan Johnson’s decision.

It was Theresa May’s decision which the two men appealed at a Siac hearing in October. The judges ruled today that the letter she was given contained faulty information.

In their ruling they said exclusion orders were “founded on” such letters of recommendation and that it was “axiomatic” that they be accurate.

They said in the case of Farooq, now 32, and Sharif, 35, the details were “materially incomplete and in one or more respects inaccurate and misleading”.

They added: “In consequence, the Secretary of State did not have all of the relevant information to enable her to answer the question correctly. For that reason and that reason only, her decision must be quashed.”

They said the matter would now be sent back to Mrs May for her to “reach a fresh decision”.

“In this open judgment, we can explain the nature of the reasons for that decision, but can say little about the underlying facts,” they said.

The case is being covered by the Bureau of Investigative Journalism as part of its long-running examination of the use of secret evidence in UK courts, including for counter-terrorism hearings. Such evidence is usually highly sensitive intelligence material.

Cricket loving Sharif and Farooq, who deny they pose any threat to national security, were among 12 mostly foreign students arrested in April 2009 as part of a high profile counter-terrorism operation.

They were suspected to have been part of a plot to detonate a bomb at the Arndale centre during Easter 2009. It was reported at the time that MI5 had been tracking their movements for weeks.

Memorably, the police raids in Liverpool, Manchester and Lancashire had to be rushed forward at the time after then Assistant Commissioner Bob Quick of the Met Police’s counter-terror squad accidentally allowed details of the operation to be photographed as he arrived for a Downing Street briefing.

No bomb was ever found and the UK case against the 12 collapsed within a fortnight. No charges were ever brought in Britain and of the 12 only Abid Naseer, the alleged ringleader, was ever convicted – in a US court earlier this year. He was prosecuted using a growing body of law that allows the United States to prosecute foreign citizens for some actions.

Of the remaining men, one was British while the rest were either deported or left voluntarily for Pakistan and Afghanistan.

The judges will now set a date by which Mrs May must make a fresh decision on whether the two can return to Britain.

The Home Office was unable to comment at the time of publication.

A version of this story was published with the Independent