November 18, 2015 by Musab Shawabkeh
Published in: Uncategorized
Tweet
Email this 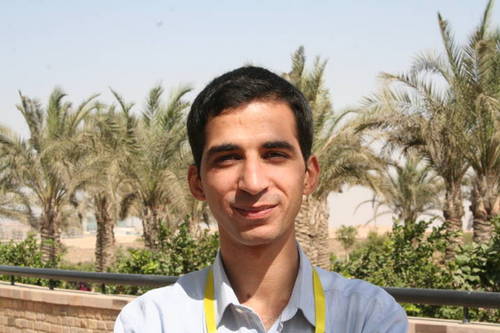 I live in Jordan and work as an investigative journalist. I have uncovered profiteering doctors who exploit autistic children, newspapers that print misleading employment adverts that drag females into prostitution, teachers who facilitate cheating in high school exams and the plight of Syrian refugees in Jordan.

We are currently trying to find out how many Syrian refugees have been deported from Jordan as this practice could potentially be in breach of an anti-torture treaty our country has signed up to.

So we went to the Freedom of Information (FoI) court. We told them that the Interior Ministry did not respond. More than 30 days went by, and the FoI court didn’t make a decision.

In Jordan, if they don’t respond within 30 days, that means your request has been refused. So we went to the High Court.

Next week (November 24 ) there will be a hearing to decide whether the government has to disclose under Freedom on Information this vital data.

In Jordan we have Freedom of Information (FoI) laws. The only reason they exist is because foreign donors – the United States and the European Union – forced our government to pass one. But to be honest, our FoI law is weak. The implementation is even worse.

Since 2011, we have made more than 100 requests. More than 80% of our requests are refused. When we receive information, it’s never precisely what we require.

So we have appealed the FoI department more than 17 times and we have gone to court on four occasions.

FoI in Jordan is a disaster. I have sued three serving ministers in the past two years for refusing to divulge information in line with our country’s 2007 law guaranteeing the right to access public information.

When politicians and officials are offered government jobs, there should be transparency. We should know about their assets and the jobs they may have. Good governance requires this. It helps ensure no corruption has taken place.

But when we asked for these statements to be disclosed, our government doesn’t release it.

My main goal is to improve this law, to have it implemented and to improve the situation, generally, in Jordan so we can uncover important stories.

The most difficult thing that I face in my job is that I can’t get information because the government is completely opaque. And therefore our stories are not complete.

As there is no transparency between citizens and the government, it means the people cannot be part of the decision-making process.

Now the UK government is considering tightening-up its FoI laws. This would have an incredibly damaging effect for journalists in countries like mine. It will mean the international pressure for the Jordanian government to be more transparent will lessen. This will allow our government to constrain journalists even more. They are going to silence people even more.

When there is a good example outside in the world – someone to look up to – of course it means that we can fight for change to be more like them.

But if the democratic countries are taking a retrograde step, it’s only going to give Arab governments an excuse to keep the status quo.

It will encourage undemocratic dictatorship regimes to oppress its people even more. They will continue to be corrupt and undemocratic. The possibility of restrictions to British Freedom of Information laws would undoubtedly have a chilling effect on other countries.

What does the Government want to change about the FoI Act?

Like all other journalistic organisations, the Bureau believes the Freedom of Information Act is a vital tool for producing stories and investigations that shine light in the corridors of power.

The UK government consultation paper ​has ​is​sued options for sweeping changes to restrict the Act. These include:

*Musab Shawabkeh (@shawabka_musab) is an award-winning investigative journalist from Jordan who has been heading the investigations department at Radio Al-Balad since 2013. He has produced cutting-edge investigations in print, radio and video form. Shawabkeh has sued three serving ministers over the past two for refusing to divulge information in line with the 2007 law guaranteeing the right to access public information.

*If you are a journalist in a country like Jordan where there are fledgling FoI laws, please write to us to detail your views on how the UK’s proposed reforms might affect your work. Please email via here.