November 2, 2015 by Jack Serle
Published in: Uncategorized
Tweet
Email this 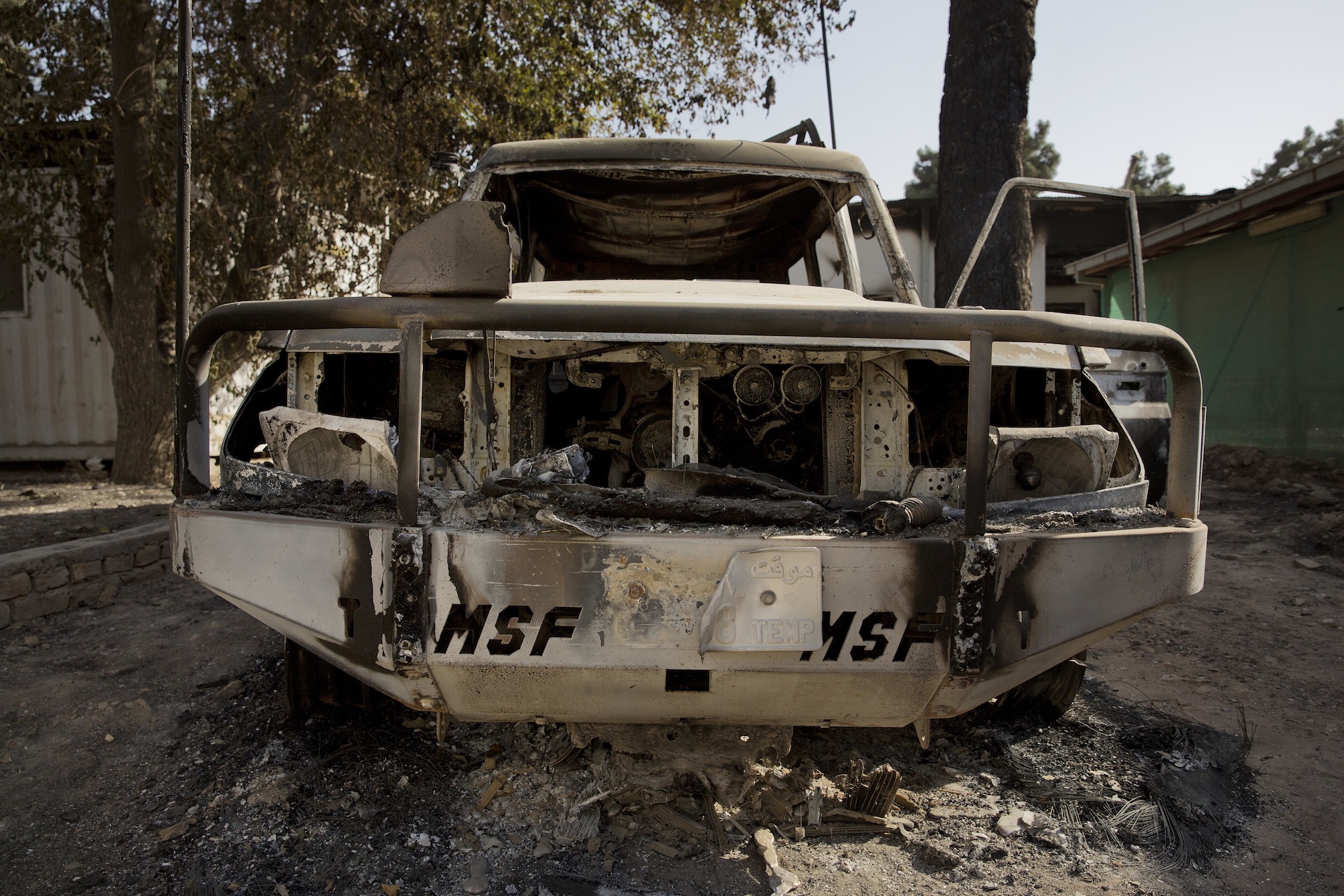 All the strikes in the table above were carried out by the CIA using Predator or Reaper drones. The Pakistan Air Force has also carried out air strikes in the same region as the CIA, using jets and its own armed drone – the Burraq.

There were no reported US drone strikes in Pakistan in October, the third calendar month to pass without a strike there this year.

The Pakistan Air Force continued to target alleged militants in the mountains of Pakistan’s tribal region. Pakistan’s armed drone, the Burraq, carried out its first night strike, according to the Pakistan military’s public relations wing – the ISPR.

You can download the Bureau’s complete datasheet of CIA drone strikes in Pakistan here.

The US Air Force has a variety of aircraft carrying out missions over Afghanistan, including jets, drones and AC-130 gunships. The UN reported in August 2015 that most US strikes were by unmanned aerial vehicles. This matches the Bureau’s records which show most US air attacks since January have been by drones. Due to a lack of official US information, it remains unclear which type of aircraft carried out the attacks.

The Bureau’s data on strikes in Afghanistan is not exhaustive. The ongoing war creates barriers to reporting and the Bureau’s data is an accumulation of what publicly available information exists on specific strikes and casualties. The US government publishes monthly aggregates of air operations in Afghanistan, but not casualty figures.

A US AC-130 gunship destroyed a hospital in the northern city of Kunduz on October 3, run by the international charity Médecins Sans Frontières (MSF), killing at least 30 staff and patients. The attack hit while Afghan troops and US special forces were battling to retake the city from Afghan Taliban fighters who stormed it on September 28.

There were 79 more US strikes reported in October. Eleven were concentrated on Kunduz city. However most of the strikes last month – at least 63 – reportedly hit in the course of a week in the southern province of Kandahar. The strikes were in support of a large ground assault by US and Afghan to clear “probably the largest” al Qaeda base found during the 14-year Afghan war, according to the leading US army general in Afghanistan. 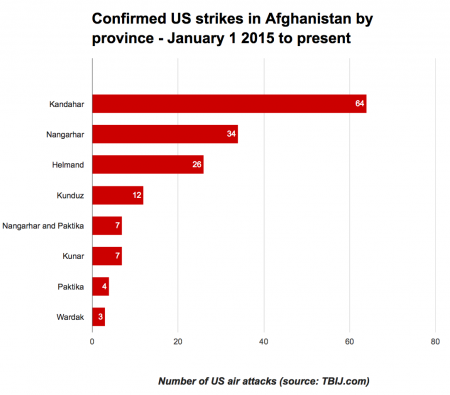 The Bureau’s complete timeline of reported events in Afghanistan can be found here.

There were no reported US strikes in Yemen in October – the first calendar month without reported action there since July 2014. Though there were no reported drone strikes, a drone did reportedly crash in the central province of Mareb. It was unarmed and there were conflicting accounts of whether it was a US or Saudi Arabian aircraft.

Visited @MSF hospital in Haidan, northern Yemen after it was hit by multiple Saudi airstrikes. Destruction is total pic.twitter.com/FesfilxnEo

The Royal Saudi Air Force continued to bomb Yemen in its ongoing battle with the Shiite Houthi militia. In October, Saudi jets also bombed a hospital run by MSF. The facility was in Saada, the Houthi stronghold. No one died in the attack though the hospital was destroyed.

You can download the Bureau’s complete datasheet of US drone and air strikes in Yemen here.

A small faction of al Shabaab swore allegiance to the Islamic State in Iraq and Syria. The splinter group amounted to one senior commander and about 20 fighters, according to Reuters.

Fighting between al Shabaab and African Union peacekeepers continued in October. One skirmish, on October 25, saw Kenyan troops reportedly kill 15 al Shabaab fighters in a raid on a terrorist base on the Jubba river in southern Somalia.

You can download the Bureau’s complete datasheet of US drone and air strikes in Somalia here.