October 12, 2015 by Jack Serle
Published in: Uncategorized
Tweet
Email this 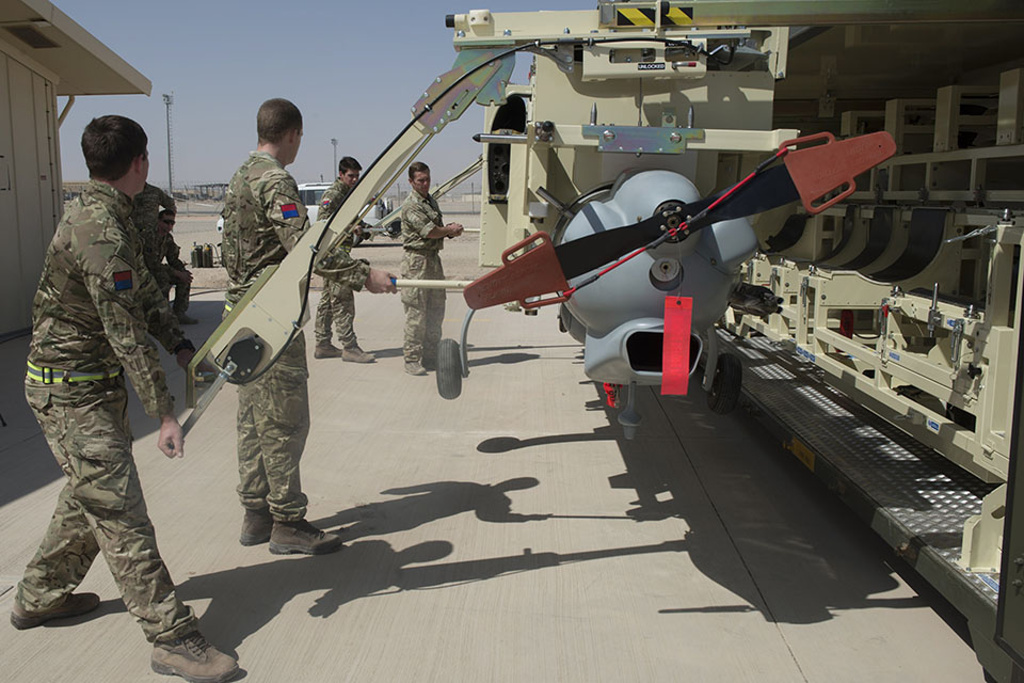 In this week’s Drone News, Jack Serle and the Guardian’s Alice Ross discuss the Bureau’s investigation into Watchkeeper, the British Army’s “affordable” £1.2bn drone, which was published with the Guardian earlier this month.

The podcast also discusses David Cameron’s announcement this month that the Ministry of Defence plans to double the size of the RAF’s drone fleet by buying 20 ‘Protectors’. These are intended to replace the force’s current fleet of  of 10 armed Reaper drones. In fact, Protector is actually a re-named, more advanced version of the Reaper. It is the result of a five year MoD programme called Scavenger that has been trying to decide how to replace Reaper when it is retired in 2018.

Meanwhile, Watchkeeper is an unarmed surveillance drone whose life began in 2005 when ministers announced a cost of around £800m. The Bureau discovered it is now expected to cost £1.2bn by 2017 when it is earmarked to be fully operational – four years later than initially planned. It has flown just 146 hours in service – in Afghanistan at the end of 2014.

The MoD has taken delivery of 33 Watchkeeper drones but most are in storage.

“At the moment it’s not looking like amazing value for money,” said Ross. “Obviously that could all change but at the moment they’ve spent quite a lot of money developing a drone that is now sitting in boxes.”

Listen to the full podcast, hosted by Owen Bennett-Jones, here.