July 7, 2015 by The Bureau
Published in: Uncategorized
Tweet
Email this 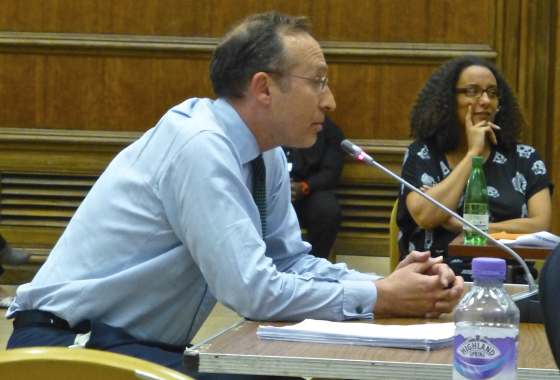 Join us at the House of Commons for an important debate that will focus on one of the most contentious issues in housing today.

For nearly two years, the Bureau has been investigating the secretive system that determines the number of affordable homes built by private developers. This will be discussed at an event open to the public in the House of Commons on Tuesday July 14 at 6.30pm.

Through financial viability assessments – calculations on how much profit a scheme can make – housebuilders can reduce the number of affordable homes in their developments. These calculations, presented by developers and checked by council officials, are done away from public scrutiny.

Housebuilders sometimes argue that meeting affordable housing targets and other community benefits such as roads and schools can be too costly. They maintain that keeping viability assessments confidential is crucial otherwise competitors and suppliers would have an unfair advantage.

Campaigners argue that the viability process allows developers to make larger profits. Without more transparency, they say, developers and council officials cannot be held to account.

Who is right? Is it time to reform the system that governs the supply of affordable homes?

A Bureau debate hosted by Labour’s Hammersmith MP Andy Slaughter (above), currently Shadow Justice Minister, will bring together leading housebuilders, politicians, academics and campaigners to examine whether it is possible to improve this controversial process.

The debate takes place in Parliament’s Committee Room 12 on Tuesday July 14 at 6.30pm.

If you are interested in attending this event, please RSVP to [email protected]

To find out more about the Bureau’s work on viability and the housing crisis, please follow this link.