June 19, 2015 by Jack Serle
Published in: Uncategorized
Tweet
Email this 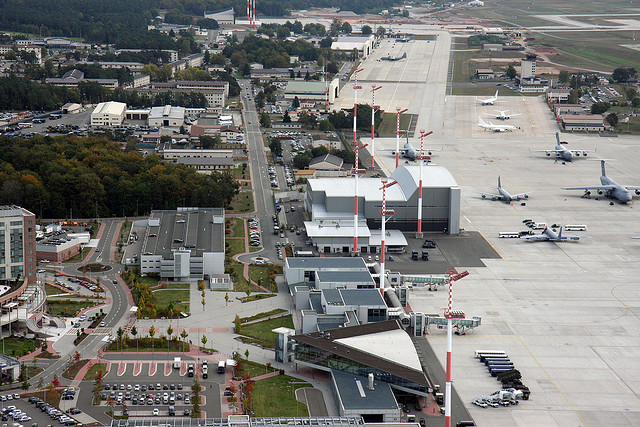 Rammstein in Germany is a key hub for US drone operations, including those that killed German citizens (Flickr/US Army Corps of Engineers)

US drones have killed at least 38 Westerners since 2002 – most from some of America’s closest allies, raising serious questions for those governments about how much they knew and how much they helped with the assassination of their citizens, the Bureau’s latest podcast debates.

Of the 38 dead Westerners, 10 were US citizens, eight were Britons, seven were Germans and four were Australians. They were identified during an analysis of the Bureau’s data. It was part of a broader investigation done in collaboration with investigative journalist Chris Woods, author of Sudden Justice: America’s Secret Drone War.

At least 34 of the Westerners killed were high profile terror suspects like Spaniard Amer Aziz who was connected to the 2004 Madrid bombing or Briton Abdul Jabbar who was linked to various plots in the UK. One, Buenyamin Erdogan, was under surveillance by German intelligence in the period immediately before his death, raising question about complicity in his death.

Woods told Owen Bennett-Jones in the Bureau’s latest Done News podcast: “There are major question marks over whether German intelligence was sharing potentially lethal intelligence with the CIA for example, which of course under German law, according to German MPs, is unlawful.

“I don’t believe for a moment by the way that Australia [or] the United Kingdom were not consulted before the killing of their citizens, even if it was just to tell them that these killings were going to take place. The risk of a diplomatic incident between the US and the UK – why would the Brits not be informed given the closeness of intelligence sharing?”

Woods was interviewed for the podcast on May 21. On June 13, The Times of London reported the UK’s surveillance agency GCHQ “used its powers to gather bulk data from the internet” to locate Rashid Rauf after “other intelligence sources had gone cold”. Rauf was one of six UK citizens killed by US drones in Pakistan. Two more were killed in Somalia.

He managed to make his way back to Germany where he is serving a seven year prison sentence for terrorist related offensives.

The successful prosecution of Emrah shows criminal proceedings can work. “To suggest the only option we have is to target and kill – I don’t think that’s actually right,” Woods said. Not least because “there is this assumption of guilt but actually sometimes when these folk get put on trial they’re not guilty,” Woods continued, pointing to the example of the very first drone strike outside Afghanistan.

In November 2002 US drones killed six men in a car in Yemen. But there was a survivor. “One man crawled away from the wreckage of that vehicle,” Woods said. “He was put on trial in a Yemen military court, which owed him no favours. He was actually found not guilty.”

The most recent Westerners killed by drones were three Americans and an Italian. They died in January 2015. Warren Weinstein and Giovanni Lo Porto, one of the Americans and the Italian, were aid workers who had been taken hostage by al Qaeda and were killed by accident.