May 27, 2015 by Shane Brownie
Published in: Uncategorized
Tweet
Email this 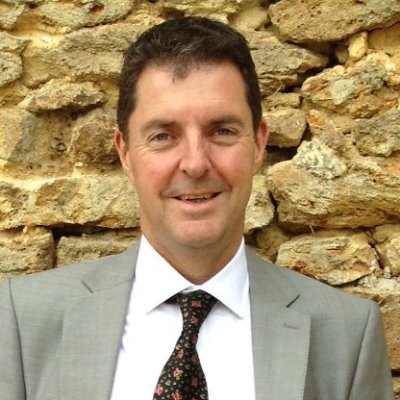 Yesterday, the Bureau published an investigation into how over 500 affordable homes were scrapped from the iconic Greenwich peninsula in London. Today, resident Shane Brownie explains why he and his neighbours waged a successful 18 month Freedom of Information campaign to understand how those affordable homes were axed.

Greenwich Peninsula is the site of an entirely new community in the centre of London with plans for around 25,000 new homes. At enormous government cost the site has been decontaminated from its industrial Victorian past and stands ready to deliver a 21st century community. Surrounded on three sides by the Thames, within a stone’s skim from the shining skyscrapers of Canary Wharf and being served by the state-of-the-art Jubilee Line tube station, a river taxi service and with the iconic O2 arena on our doorstep this was always going to be a site of enormous potential and opportunity.

As a resident living on Greenwich Peninsula in 2012, I was as keen as anyone to see development brought forward after seeing years of stagnation and lack of progress from developers. Yes, we had the financial crash in 2008, but by 2012 house prices were rising fast again in London and confidence and international investment was flooding back into the London property market. We had an excellent Masterplan in place which had a vision for a mixed and sustainable community of around 15,000 households about which there had been extensive consultation when adopted back in 2008.

In addition, it became apparent during the planning committee that the developers had also managed to secure £50m of government affordable housing grant to fund the affordable housing and a reduction in the cost of the land owned by the Mayor of London. All this despite the government investing around £225m in the peninsula to decontaminate the site and make it “oven ready” for the developers to build out in line with the agreed Masterplan and accompanying section 106 agreement.

The explanation given to residents by Greenwich council officers at the planning committee was that it was now not “financially viable” for the developers to deliver what they had already agreed (and were legally obliged to deliver). Our concerns were dismissed at the planning committee as were our requests that these changes that clearly resulted in a substantial change to the section 106 agreement and the number and distribution of affordable housing be subject to some form of public consultation. This was at a time when house prices in London were well on the increase and developers were seeing rising and later record profits.

That’s why we brought this Freedom of Information request. We simply did not believe that, in particular given the current and emerging market conditions, that it was now not financially viable for the developers to deliver what they were already legally bound to deliver. We wanted to see a community developed in line with the original agreed Masterplan – a mixed sustainable community with a reasonable proportion of homes set aside for those in greatest housing need and built out in a way that ensured they were integrated in the community – not boxed into a particular area.

It was disappointing to see the council fight our request every step of the way, right up to appealing to the tribunal at great cost to the local council tax payer. But the tribunal found fully in our favour to rule on the full disclosure of the original developer viability report that was used by the developers to claim their lack of viability and the council’s own assessment of it.

Yesterday, the Bureau of Investigative Journalism published an important article about this issue. Its analysis explained fully why these financial viability assessments need to be in the public domain before major decisions are taken. If that had been so in our case, our questions at the planning committee stage could have carried more weight.

Bringing this Freedom of Information request was important to us because this decision made by the council has real and substantial impacts on the shape and sustainability of our future community. Although the decisions have been made on the East Greenwich Peninsula Masterplan the west Greenwich Peninsula Masterplan with around 15,000 homes is currently before the council. We hope that the council has learned lessons from this case and won’t allow the same mistakes to be made again.   That we deliver a mixed sustainable community with a fair and even distribution of affordable housing in line with the original peninsula Masterplan and that this is delivered with value for money for the taxpayer.