May 1, 2015 by Jack Serle
Published in: Uncategorized
Tweet
Email this 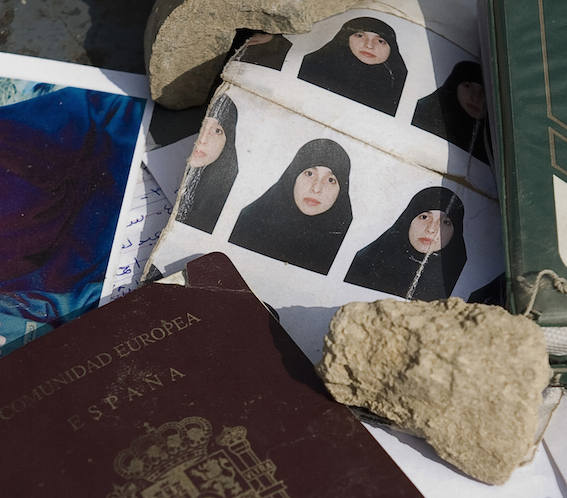 Recorded US drone strikes to date

Recorded US air and cruise missile strikes to date

* The Bureau’s estimates are based predominantly on open sources of  information like media reports. Sometimes it is not possible to reconcile details in different reports. This is why use ranges for our record of casualties and, in the cases of Yemen and Somalia, our strike tallies.

** The US has only carried out drone strikes in Pakistan.

Despite the world’s attention been focused on the CIA’s drone programme in Pakistan, after President Obama officially apologised for killing two al Qaeda hostages including an American and an Italian in a drone strike in January, there has been very little activity in the covert war in Pakistan this month. Just one strike hit the country in April, the first for 25 days.

Strikes continue in Afghanistan. However there remains a considerable deficit between the number of strikes taking place according to aggregated figures produced by the US and the number of attacks reported in the media. US air and ground forces have had to come to the aid of the Afghan army and police as the Taliban has ramped up its attacks in the summer fighting season.

In Yemen Saudi jets and ships continued to pound cities and towns, as the country collapsed into chaos. More than 1,200 people have been killed already, according to the UN. Among this carnage, the US has carried out four drone strikes – this is more than any month since November 2014.

Once again there were no US strikes reported in Somalia. However, a massacre committed by al Shabaab in eastern Kenya spurred the Kenyan air force to strike southern Somalia. Al Shabaab murdered 147 students in Garissa university – Nairobi swiftly struck back and claimed to have killed hundreds of al Shabaab fighters.

The Bureau’s complete Pakistan data set is available to download as a spreadsheet.

An Italian and three US citizens were killed in two drone strikes in January, it emerged this month.

As the Bureau revealed this month, the four deaths mean 38 Westerners have been reported killed in the US covert drone war since 2002 – 30 of them in Pakistan.

Giovanni Lo Porto and Warren Weinstein were both aid workers taken hostage by al Qaeda in 2012 and 2011 respectively. They were killed along with Ahmed Farouq, an American member of al Qaeda, in a January 15 strike according to Bureau analysis. Adam Gadahn, an American al Qaeda propagandist, was killed in a subsequent strike on January 19 or 28.

President Barack Obama acknowledged Lo Porto and Weinstein had been killed in a US drone strike. Apologising for the mistake, he promised an investigation into the attack that killed them.

The death of the hostages reignited two debates: whether the CIA should be carrying out the strikes and whether the current system of oversight was sufficient to ensure the campaign was prosecuted properly.

Eleven days before the announcement the CIA reportedly killed four people in the first drone strike in 25 days. There were limited details about who was killed though they reportedly belonged to a faction of the Pakistan Taliban.

The attack hit in the Shawl area, a region of steep valleys and thick woods that straddles the borders between Pakistan and Afghanistan as well as South and north Waziristan. It has long been a stronghold for various armed groups in Pakistan’s tribal areas. Five of the seven strikes in Pakistan this year have hit in the Shawal.

Also this month, the former Islamabad station chief has been appointed as a deputy chief of counter-intelligence at the CIA’s Counter-Terrorism Center – the entity that runs the CIA’s drone programme. Jonathan Bank, 47, had to flee Pakistan in 2010 after being named in a court case brought by the relatives of drone strike victims.

That same case has continued in Pakistan and this month the police in Islamabad transferred responsibility for the criminal investigation to the jurisdiction of the Fata Secretariat – the bureaucratic body that runs Pakistan’s Federally Administered Tribal Areas.

The Bureau has yet to publish its Afghanistan data in a downloadable form. The full timeline of strikes is available here.

One of the three strikes, on April 17, was reported by a single media source that the Bureau has shown in the past to be unreliable. It is included in the timeline of strikes but awaits further investigation before being included in the casualty estimates or struck out altogether.

It continues to be a struggle to obtain information on individual strikes in Afghanistan. The three attacks recorded by the Bureau are a fraction of the air sorties believed to be hitting Taliban targets. The New York Times reported the US “is regularly conducting airstrikes against low-level insurgent forces and sending Special Operations troops directly into harms way”.

The winter snows have receded and Afghanistan’s so-called “fighting season” has started. Violence peaked last year in Afghanistan as the Nato coalition withdrew from the front line, leaving the Afghan army and police to tackle a resurgent Taliban.

The fighting in 2014 was particularly fierce in part because, without western air support, the insurgents were able to collect in greater numbers and carry out prolonged attacks on army and police positions. The ensuing firefights, involving allegedly indiscriminate use of explosive weapons like mortars, took their toll especially on the civilian population caught in the middle.

The Taliban has hit the northern province of Kunduz especially hard this year. Protracted attacks in and around the provincial capital have left the Afghan army scrambling. A counter-offensive reportedly involved considerable air support with jets from “the US-led coalition,” according to the Wall Street Journal.

The Bureau’s complete Yemen data set is available to download as a spreadsheet.

Four US drone strikes hit alleged al Qaeda targets in eastern Yemen in April while the Saudi air force hammered towns and cities in the western half of the country.

At least three of the strikes appear to have been carried out by the Pentagon’s Joint Special Operations Command, according to the Washington Post.

The attacks were focused in the eastern provinces of Hadramout and Shabwah. Two of the strikes hit in Mukalla, Hadramout’s capital. The first killed Ibrahim al Rubaish, a leading propagandist and preacher within al Qaeda in the Arabian Peninsula (AQAP).

The other killed Muhannad Ghallab, AQAP’s 35 year old Egyptian spokesman. He was killed when drones targeted a group of men sat on the Corniche by the waterfront in Mukalla at about 1am on April 22. He had become a widely quoted, anonymous AQAP source in several Western media outlets – including the Bureau.

The other two strikes targeted vehicles in Shabwa, killing 5-8 people as they drove through the area at night.

The US has continued its strikes against al Qaeda while Yemen is caught in the midst of a humanitarian catastrophe. Various militias battle it out on the ground while Saudi air strikes and naval bombardments continue. The strikes have hammered the second city of Aden where Houthi snipers and tanks have reportedly targeted civilians as well as combatants.

Al-Qatee’, a 500 years old neighborhood. What once was a historical icon of the city of #Aden is now no more. @UNESCO pic.twitter.com/7JOI3GWvSF

The World Health Organisation estimates between March 19 and April 27 the violence had “claimed 1,244 lives and left 5,044 others injured, according to health facility-based reports”.

According to the UN’s Office for Coordination of Humanitarian Affairs (Ocha), all but two Yemeni governorates are “conflict affected”, as of April 25. Violence has disrupted health services at two major hospitals. Food, drinking water,essential medical supplies and fuel are scarce. An ongoing air and sea blockade by the Saudi-led coalition, ostensibly an effort to prevent weapons and fighters entering the country, are being blamed for the shortages. The International Committee of the Red Cross says Yemen’s health system is struggling to cope and that “import restrictions have made the situation worse”.

The situation in Aden appears to be especially dire. Swathes of the city have been destroyed by fire and explosive ordinance. The European Council on Foreign Relations’ Adam Baron tweeted on April 28: “As fighting continues, whole neighborhoods in Aden… have effectively run out of food and water. Unfathomably horrific.”

The Bureau’s complete Somalia data set is available to download as a spreadsheet.

There were no reported US drone strikes in Somalia this month. However al Shabaab brutally demonstrated it remains a potent threat to Somalia and its neighbour Kenya.

At 5.30am on April 2, al Shabaab gunmen stormed university dormitories in the eastern Kenyan city of Garissa. As many as 500 people were reportedly trapped in the building while the masked terrorists went room to room murdering the terrified students. In all 147 people died in the atrocity.

The attack raised questions of the Kenyan security services. Nairobi was accused of ignoring warnings from foreign governments of evidence of an impending attack and had told their citizens to avoid Garissa in the preceding week.

The Kenyan police and paramilitary forces appeared ill prepared to respond to the attack. Elite counter-terrorism units were first stuck in traffic on their way to an airport to fly to the scene. Then some of the team had to travel to Garissa by road as there was not enough space on the fixed-wing planes to carry the troops and their equipment. The siege eventually took 12 hours to resolve.

Nairobi responded to the university attack by swiftly bombing several al Shabaab camps in southern Somalia. The Kenyan Defence Forces claimed they destroyed each base, killing hundreds of fighters – an unlikely outcome, according to the Jamestown Foundation, considering only 10 jets were employed and conditions were cloudy.

Al Shabaab remains a threat within Somalia as well, assassinating “two city council officials, a former parliamentarian and a senior prison officer in Mogadishu” this month.