February 13, 2015 by Melanie Newman
Published in: All Stories, Surveillance state
Tweet
Email this 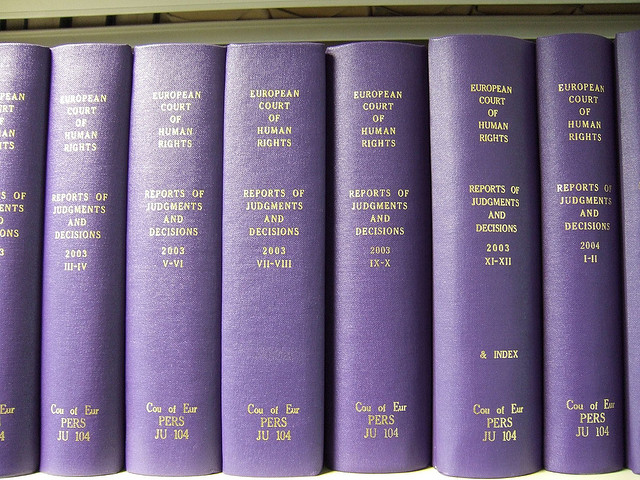 Last autumn, the Bureau launched a legal challenge in the European Court of Human Rights (ECHR) to the UK government’s surveillance practices. The case argues that bulk collection of communications data using methods such as internet cable tapping, which were exposed by the US National Security Agency whistleblower Edward Snowden, breaches human rights law.

Storage of meta-data (which details who is contacting whom and when, but not the content of the message) by the government makes it harder for journalists to guarantee their sources’ confidentiality.

Listed below are some of the other challenges to government surveillance brought by organisations and individuals currently going through the British and European courts.

Basis of challenge: The UK’s practice of sucking communications data out of internet cables in bulk through a programme known as Tempora, breaches the “Wilson doctrine” that guarantees MPs’ communications are not spied upon. The claimants also allege that the practice breaches Article 8 and 10 of the European Convention on Human Rights (ECHR).

This case and that of George Galloway (below) were put on hold until the Liberty case (see case no. 5 below) which challenged the legality of the Prism and Tempora programmes had completed. Lawyers in the Jones, Lucas and Galloway cases are now working on a response to the Liberty judgment.

Basis of challenge: The UK’s practice of sucking communications data out of internet cables in bulk, a programme known as Tempora, breaches the “Wilson doctrine” that guarantees MPs’ communications are not spied upon. The claimant also alleges that the practice breaches Article 8 and 10 of the ECHR.

Galloway’s lawyer is currently putting together a response to Liberty judgment.

Basis of challenge: Seizure of a Sun journalist’s phone records by the Metropolitan Police breached Article 10 of the ECHR.

The Metropolitan Police ordered Vodafone to hand over Newton Dunn’s phone records as part of an investigation into the “Plebgate saga”, which centred on former Tory chief whip Andrew Mitchell’s spat with police.

4. Abdel-Habden Belhaj and seven others

Basis of challenge: Alleged breaches of Articles 6, 8 and 14 of the ECHR arising from interception of the claimants’ legally privileged communications.

Assisted by NGO Reprieve, the claimants are suing in the civil courts for damages arising from the UK government’s involvement in their kidnapping and rendition to Libya, and believe that the security services may have intercepted their conversations with lawyers about the case.

At an IPT hearing in November 2014 the government released summary policy documents showing that the intelligence agencies treat legally privileged materials like any other form of intelligence. The documents also showed that there is nothing to stop the involvement in civil litigation of security service lawyers who have previously viewed relevant privileged material.

The next hearing is expected in spring 2015.

A month before the hearing, in October 2014, the Court of Appeal had ruled that the civil case could go ahead. The government, which is appealing the decision, had argued that the lawsuit should be thrown out on the basis of technicalities of international law. The government’s appeal case is expected to be heard in the Supreme Court in summer 2015.

The claimants also lodged a criminal complaint back in November 2011; this case is now being considered by the Crown Prosecution Service.

Read more about the cases here.

Basis of challenge: The Tempora and Prism mass surveillance programmes breach Articles 8 and 10 of the ECHR.

Current position: The tribunal ruled on December 5 2014 that the legal framework around the government’s surveillance programmes does not breach human rights law. It will now go to consider whether the NGOs’ communications were intercepted.

The claimants now plan to take the case to the European Court of Human Rights.

They have also filed a separate IPT application following the December 5 ruling. The IPT judgment stated that as the UK government had released some information on its surveillance policies it had complied with human rights obligations on transparency. The court left the question of whether the government had been compliant prior to this disclosure undecided.

The claimants then asked the IPT to confirm that by failing to release these documents sooner, the government breached the law. The IPT did so in February.

Basis of challenge: Government hacking of internet service providers’ infrastructure and surveillance of their users is unlawful.

1) By interfering with network assets and computers belonging to the network providers, GCHQ has contravened the UK Computer Misuse Act and Article 1 of the First Additional Protocol (A1AP) of the ECHR, which guarantees the individual’s peaceful enjoyment of their possessions.

2) Conducting surveillance of the network providers’ employees is in contravention of Article 8 and 10 of the ECHR.

3) Surveillance of the network providers’ users that is made possible by exploitation of their internet infrastructure, is in contravention of Arts. 8 and 10 ECHR.

4) By diluting the network providers’ goodwill and relationship with their users, GCHQ has contravened A1AP of the ECHR.

Basis of challenge: GCHQ hacking techniques, including development of programs that remotely hijack computers’ cameras and microphones without the user’s consent, are illegal.

1) Any GCHQ hacking that impairs the operation of a computer – for instance, by leaving it vulnerable to future exploitation — is unlawful under the Computer Misuse Act;

2) Hacking breaches Articles 8 and 10 of the ECHR.

The MPs were given permission in December 2014 to launch a judicial review of the Data Retention and Investigatory Powers Act (Dripa).

Basis of challenge: Dripa is not compatible with Article 8 of the ECHR.

Basis of challenge: The applicants allege that they are likely to have been the subject of generic surveillance by GCHQ. GCHQ may also have been in receipt of foreign intercept material relating to the claimants’ electronic communications. Big Brother Watch and the other claimants argue this breaches their rights under Article 8 of the ECHR.

Specifically, they are arguing that:

1) There is no domestic law governing receipt of information from foreign intelligence agencies and the process for handling, storing and disposing of this data once it has been received;

2) The UK law that is meant to stop the government abusing its powers to directly intercept communications and monitor them when one party is outside the UK, is inadequate;

3) Mass interception of external communications transmitted by transatlantic fibre-optic cables is a disproportionate breach of privacy.

The case was prioritised by the court, then stayed pending completion of the Amnesty/Liberty case in the IPT (case no. 5).

Basis of challenge: The blanket exemption given to the security agencies by the Freedom of Information Act request breaches Article 10 of the ECHR in that it interferes with citizens’ right to access information.

Privacy’s FOI request for information including menus and price lists of the GCHQ canteen as well as a copy of the intelligence-sharing agreement between the UK and its “Five Eyes” partners was refused.

Basis of challenge: UK law is incompatible with Articles 8 and 10 of the ECHR, which give journalists the right to keep sources confidential from police and others.

The Bureau and journalist Alice Ross argue that:

1) UK law in relation to the government’s gathering and handling of directly intercepted data where one party is outside the UK does not safeguard journalists’ right to protect their sources.

2) UK law in relation to the government’s gathering and handling of meta data (details of the parties communicating, but not what they said) similarly fails to protect journalists’ privileged communications.

The case has been prioritised by the European Court.

12. Jules Mattsson and five others v Commissioner of the Metropolitan Police and the Home Secretary

Basis of challenge: The journalists say that police surveillance of their activities and retention of data on a database of “domestic extremists” was unlawful.

The case has been stayed until the outcome of the Catt case (case no. 13 below).

Basis of challenge: Brighton pensioner Catt argues that the police’s surveillance of his attendance at peace protests and retention of this data on a database of “domestic extremists” was unlawful. In 2013 the Court of Appeal ruled that surveillance of the 89-year old, who has no criminal record, had breached his right to privacy, a decision that was appealed by the police.

A decision by the Supreme Court is expected imminently following a hearing in December 2014.