February 6, 2015 by Jack Serle
Published in: Uncategorized
Tweet
Email this 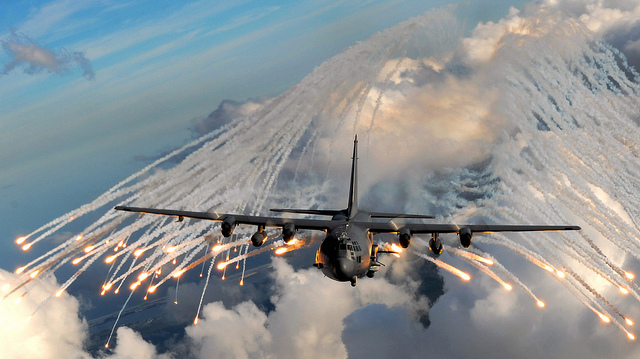 A US drone strike which killed a senior al Shabaab leader in Somalia last Saturday appears to have been part of a change of tactics by the Americans since it started targeting the militant group in 2007.

It was the fifth consecutive such strike against al Shabaab’s leadership, with drones now appearing to have superseded other, manned aircraft and cruise-missiles in the seven years since attacks began in Somalia.

The unmanned systems are now widely seen as the US’s weapon of choice in its war on terror, as they can “strike their targets with astonishing precision,” according to CIA director John Brennan.

But despite their vaunted precision, there are reports the latest strike in Somalia, on January 31, killed or injured civilians.

The attack killed at least five people, all reportedly members of al Shabaab and one of them identified as Yusef Dheeq, a senior figure in the group.

“If he no longer breathes, then this is a significant, another significant blow to al Shabaab” – Rear Admiral John Kirby

The attack reportedly hit an al Shabaab convoy at about 9am local time (6am GMT). The US carried out the attack, Pentagon press secretary Rear Admiral John Kirby told reporters.

“This was done with Hellfire missiles fired from UAVs [unmanned aerial vehicles],” he said at a press briefing on Tuesday. “There were no US boots on the ground” in this mission, he added.

Al Shabaab commander Yusef Dheeq was killed in the attack, according to the Somali government and an unnamed US official.

The US would not officially confirm Dheeq was dead, with Kirby telling reporters: “He has not been officially declared dead. I’m not in a position now to confirm the results of the strike but if successful, if he no longer breathes, then this is a significant, another significant blow to al Shabaab.”

“It goes to show how long our reach can be when it comes to counter-terrorism,” he added. The Bureau understands the US will confirm Dheeq’s death in the coming days.

It is not clear exactly what role Dheeq had within al Shabaab. Kirby said he was the group’s “intelligence and security chief, and director of external planning”. The Somali intelligence services said Dheeq – also known as Abdi Nur Mahdi – was a bomb making expert.

At least four other people were reportedly killed with him – all described as al Shabaab fighters. A local resident told AFP there were four civilian casualties in the strike, but it was not clear if they were injured or killed in the attack.

Related story: US and others have ‘licence to ignore international law’ in Somalia

An official told the Bureau the US was aware of civilian casualty reports and was “looking into it”. However the official reiterated what Kirby said at the briefing, that “we don’t assess there to be any civilian or bystander casualties as a result of the strike”.

This is the third consecutive drone strike in Somalia that has been publicly acknowledged by a US spokesman from a podium in the Pentagon press room. Such public acknowledgement is considerably rare.

The military is also responsible for some of the minimum 89 drone strikes in Yemen but the US has never gone on the record about specific drone strikes there.

The Pentagon would not be drawn on why there appears to be greater transparency about strikes in Somalia but not Yemen, telling the Bureau: “We are as transparent as we can be on all strikes, regardless of location.”

More drones: A change in US tactics?

The recent glut of drone strikes in Somalia is a departure from how the US covert war began in the country in 2007. The first confirmed US drone strike hit Shabaab in June 2011 and since then, there have been eight such strikes in all, killing at least 23 people.

There have been eight other confirmed US attacks recorded by the Bureau that killed at least 40.

Two of these included cruise-missiles launched from ships off the Somali coast. There was also one naval bombardment, when a US warship the Chafee, used its deck gun on June 1 2007 to fire shells onto the shoreline, supporting US commandos who were taking fire from al Shabaab fighters.

Most of the other US attacks were by AC-130s – formidable gunships resembling Hercules transport aircraft that bristle with weapons.

Five of the first six confirmed US attacks in Somalia reportedly involved AC-130s. They killed at least 30 people. There has not been a reported AC-130 attack since the end of 2008.

The first AC-130 strikes, on January 7 and January 9, hit as Ethiopian ground forces invaded Somalia, reportedly with secret US backing. The targets of these strikes were reportedly suspects in the 1998 east African embassy bombings who appeared to have been churned out of their bases in Somalia by the advancing Ethiopian troops.

The US’s recent reliance on drones to kill leading al Shabaab fighters could be because the US fleet of armed drones has grown considerably. The US Air Force had funding in the 2007 budget to run 37 Reaper drones from 2005 to 2011. By 2012, this had risen to 401 aircraft, according to a Pentagon inspector general report released this year.

“Frankly, I don’t think we know who we killed” – unnamed US official

This increase was in response to the US recognising how useful drones were in the counter-terrorism and counter insurgency battles it was fighting around the world.

The first strike in Somalia demonstrates how arming drones has helped the US fight its global war on terror. While the January 7 2007 strike was an AC-130 strike, the gunship was guided to its target by an unarmed Predator drone that had been following the al Shabaab convoy. The Predator is an older, smaller, less powerful and well armed version of the Reaper.

The Predator’s ability to stay aloft above the battlefield for hours on end helped it stay on the target. However the strike had to wait until the gunship could arrive.

The US would have been able to fire at will at its target in this strike, if the drone were armed. However the strike would have been reportedly hamstrung by shaky intelligence, even if carried out using the Predator’s apparently surgical accuracy.

A Pentagon spokesman said the US based the strike on intelligence “that led us to believe we had principal al Qaeda leaders in an area where we could identify them and take action against them.” But another US official said: “Frankly, I don’t think we know who we killed.”