January 19, 2015 by Melanie Newman
Published in: Uncategorized
Tweet
Email this 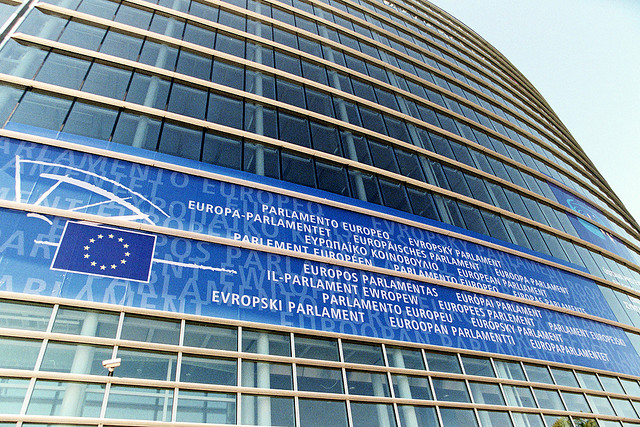 The UK’s use of secret evidence in courts has been singled out for severe criticism in a new report commissioned by an influential European committee in Brussels.

The 150-page study, which examined the use of secret evidence in seven leading EU countries, says government requests for evidence to be considered in secret on the grounds of national security are “significantly hindering” the judiciary from ensuring fair trials.

The report, commissioned by the European Parliament’s Committee on Civil Liberties, Justice and Home Affairs (LIBE), says the use of secret evidence undermines human rights and poses a “threat to the rule of law” in Europe.

It reserved the UK for particular criticism. One of the report’s authors told a seminar in London last week that Britain was a “worrying example of what can go wrong”.

The study, written by senior academics including a King’s College London professor, calls for the UK and other EU countries to reform national laws so that the human rights of defendants are guaranteed.

It will be discussed by MEPs on the committee in Brussels next week.

However, the UK’s Ministry of Justice today told the European Parliament it was “not the business of MEPs” to interfere with national security issues because these are the responsibility of member states alone.

The report, National security and secret evidence in legislation and before the courts, also found:

* the term “national security” is “nebulously defined” across EU countries

* countries should bring their domestic legislation in line with the standards of EU law.

The study examined the issue in Britain, France, Spain, Sweden, Germany, the Netherlands and Italy is due to be discussed by MEPs on January 27.

The authors said the European Commission should “not shy away” from dealing with potential “systemic threats to the rule of law” posed by the practices.

They also recommended establishing a monitoring centre to track cases in which “national security” is invoked to justify evidence being kept secret.

And they concluded that legal regimes and practices on secret evidence in all seven countries “sit uneasily” with standards developed by European courts.

However, they noted the UK was exceptional in this area.

“None of them have gone as far as the UK in the systematic use of secret evidence in trials,” the report said.

In the UK secret evidence is considered as evidence in mainstream civil cases, including employment tribunals, immigration and deportation hearings, and hearings to decide if individuals should be subject to restrictions on their movements on the grounds of national security.

The Investigatory Powers Tribunal, which hears complaints against the intelligence and security services, also hears evidence in secret.

In such cases the government asks the judge to present evidence to the court without the defendant being granted access to that information.

Secret evidence may include material which has been gained by interception of the defendant’s communications.

Other deficiencies of the UK system highlighted by the study include a lack of formal rules on the quality of admissible evidence. This means “second or third-hand hearsay or even more remote evidence [may] be admitted, frequently with the primary source unattributed and unidentifiable”, the study found.

One of the report’s four authors, Dr  Sergio Carrera, head of the justice and home affairs section at the Centre for European Policy Studies, presented the report’s findings at an academic seminar at King’s College, London, last week.

He said: “The UK is a worrying example of what can go wrong.”

He said there was an “artificial distinction” between criminal and civil proceedings in the UK.

Presenting a list of factors which EU case law has found need to be present for a trial to be fair, such as a requirement that a party be told the essence of the allegations against them and that decisions must be subject to “effective judicial review”, he said the UK system failed to meet them.

“These are basic requirements,” he added.

An MoJ spokesperson said: “The EU Treaties are quite clear that matters concerned with national security are the concern of Member States, not the EU. It’s not the business of the European Parliament to interfere in matters which are more properly for Member States and their independent judiciaries to work together on.”

She added: “The UK is recognised around the world for the fairness and integrity of our justice systems.”

Conflict with Chilcot review on use of intercept material as evidence

Part of the report’s findings on the UK stance are at odds with a review chaired by Sir John Chilcot and published last December, which said that failing to disclose the existence of intercept material to defendants in civil cases had been confirmed as human rights compliant by EU case law.

This has been questioned by one of the LIBE report’s authors, Dr Sergio Carrera.

The Chilcot review had been commissioned by the UK government to consider whether intercept evidence should be used in criminal proceedings. The review concluded that it should not, as to be legally compliant the intercepted material would need to be disclosed to the defendants, leading to operational problems and disproportionate costs.

Related story: Man excluded from UK nine years ago finally gets to hear evidence against him