December 12, 2014 by Victoria Parsons
Published in: All Stories, Counter-terrorism
Tweet
Email this 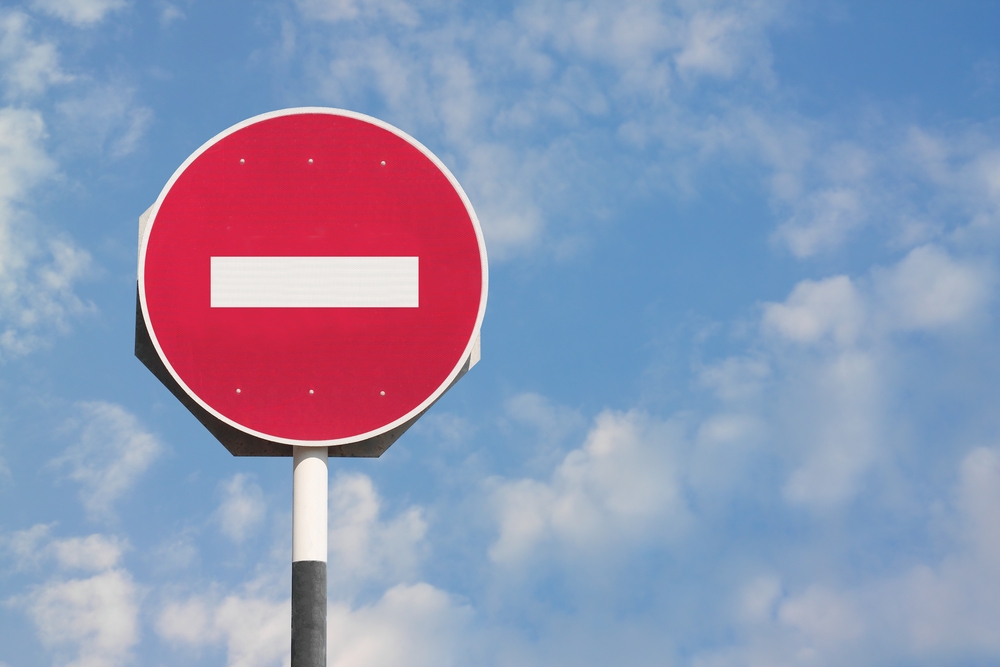 No entry via Shutterstock

A complex case in the Special Immigration Appeals Commission (Siac) raises concerns about a key new counter terrorism tool that the government is trying to get through parliament.

The counter-terrorism bill includes proposals to bring in temporary exclusion orders to keep those suspected of extremist activity abroad out of the UK.

The defendant in the Siac case, known as ZZ for legal reasons, was excluded from the UK in 2005 and has for the first time this week had the opportunity to give live evidence in his case.

ZZ told Siac that being separated from his wife and children for ten years was “like dying slowly”.  The decision of the home secretary to exclude ZZ was taken while he was on a short trip abroad and he originally had no way of appealing the decision.

This was despite the fact that his wife and children are British born and had been resident in the UK their whole lives. ZZ holds dual French and Algerian nationality, and had lived in the UK since the early 90’s, as was his right as an EU citizen.

Under current law somebody who is excluded from the UK cannot appeal that decision. It was 15 months after his exclusion that ZZ found a way of getting his case heard in court. He attempted to enter the UK and was refused entry – a decision that can be appealed. But even then the process through which he had to go through to hear and answer the allegations against him took a further nine years.

Temporary exclusion measures for British citizens are one of the key things the government is trying to introduce through its counter terrorism bill. Currently only EU or foreign nationals can be excluded from the country.

The new measures will be used alongside confiscation of passports and citizenship stripping, a process that has been investigated by the Bureau over the past two years.

The home secretary then tried to argue that the CJEU decision did not mean the government had to disclose their reasons for excluding ZZ, an argument she tried to bring to the Supreme Court. The Supreme Court, Britain’s uppermost court, refused her attempt to bring an appeal.

This was an important decision for other cases heard at Siac, where the appellant and their defence can be kept in the dark as to the government’s allegations, via the use of special advocates and closed proceedings. The ZZ decision at the CJEU means that in EU cases at least, the government must meet a minimum level of disclosure, even in cases relating to national security.

During the four day hearing this week the government disclosed their reasons for excluding ZZ from the country in 2005. These include allegations of associating with those holding extremist views in the 1990’s and being in a position to obtain weapons.

“Did you know some of the people you were speaking to held extremist views?” Mr Justice Irwin asked ZZ. “No, I did not know,” he replied.

Hugh Southey QC, acting for the appellant, argued that the situation in Algeria during the 1990’s meant that many were fleeing the government there and seeking asylum in the UK. It was considered a “humanitarian mission” for Algerians already established in the UK to help those arriving, he said, and ZZ maintains it was in this context that he knew members of the Algerian community who were later found to hold extremist views.

The government called a witness, referred to as NG, to give evidence on the national security allegations. During cross examination, Southey asked whether there were understandable humanitarian reasons for offering support to the significant number of Algerian refugees arriving in the 1990’s. NG replied “That could be the case, yes.”

A weapons manual in Arabic was found, amongst hundreds of other books, in the garage of ZZ’s house in the UK. The government’s barrister, David Craig, argued that this meant ZZ was a threat to public security as he was in a position to obtain weapons.

Southey first pointed out that the weapons manual had been found after ZZ’s exclusion, and then that there was no evidence that ZZ ever had obtained weapons.

“I am a good Muslim. I am a family man, a respectful man,” ZZ told the commission. ZZ denied that he had ever held extremist views.

The government has never brought criminal proceedings against ZZ, on terrorism charges or otherwise.

Since the alleged association with those holding extremist views, Southey said the appellant has shown nothing to indicate he does or ever did also hold these views. Now part of the allegations have been revealed, the government does not even allege he has held such views since at least 1996.

However the night before the last day of the hearing this week the government produced an entirely new argument, saying that only the situation at the time of the original expulsion decision should be considered and nothing that has come to light since can be brought as evidence. This would mean that ZZ’s behaviour for the past ten years could not be used by the defence to show a lack of extremist views or behaviour.

“If someone in 2005 says ‘I am not an extremist and I won’t act that way’, and then for ten years behaves consistently in support of this, then their behaviour is indeed relevant”, Southey told Siac.

The defence previously raised an argument concerning interception of material protected by legal professional privilege (LPP), following the recent litigation in the Investigatory Powers Tribunal (IPT) brought by Abdul Hakim Belhaj and Amnesty International, and the revelations about snooping on lawyers which that produced. Mr Justice Irwin said that home office policy on this was “never to seek to rely on LPP in proceedings” in “any way which could be thought to have led to an abuse of process”. Siac, Irwin said, is “convinced there is no abuse in these proceedings.”

This leaves us with the question of what would have constituted abuse in the eyes of the commission. That may be an argument for another day.