October 26, 2014 by Victoria Parsons
Published in: Uncategorized
Tweet
Email this

Data from the Bureau project Naming the Dead, which aims to identify those killed in CIA drone strikes on Pakistan, has been mapped in a visualisation.

The interactive application produced by Basile Simon visually shows how little we know about who has been killed in these strikes.

Journalists from the Bureau of Investigative Journalism have been tracking drone strikes in the region since 2011. To date, the project has only named 704 of an estimated 2,379 killed by US drone strike in Pakistan.

Of the 704 named dead, 322 are reportedly civilians of which 99 are children, and 295 are alleged militants. Eight-seven are classified as unknown.

There are only two women included among the names. One, Bibi Mamana, was a Pakistani grandmother in her 60s and is listed as a civilian. The other, Raquel Burgos Garcia, 31, was a Spanish citizen killed in 2005. Though initially listed as a civilian, she is now in the unknown category as there is some evidence Garcia was part of al Qaeda with her husband.

The database of names is built on over two years of research in and outside Pakistan, using a multitude of sources. These include both Pakistani government records leaked to the Bureau, and hundreds of open source reports in English, Pashtun and Urdu.

Names have also been drawn from field investigations conducted by the Bureau’s researchers in Pakistan and other organisations like Amnesty International, Reprieve and the Centre for Civilians in Conflict.

The latest investigation from Naming the Dead found that only 4% of drone victims in Pakistan have been named as al Qaeda members. 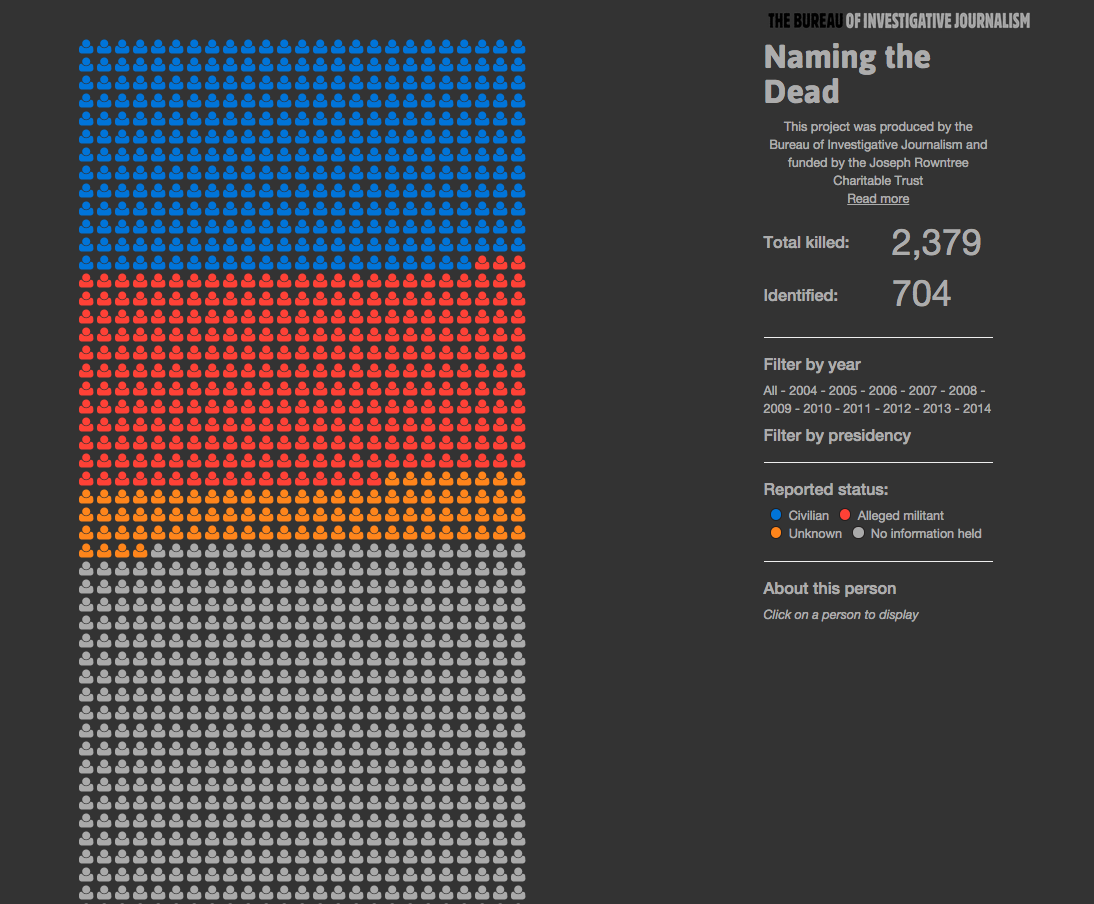