August 27, 2014 by Melanie Newman
Published in: Uncategorized
Tweet
Email this 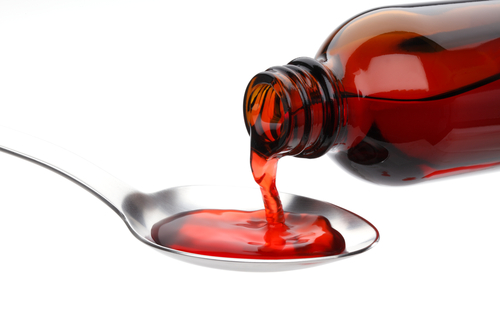 Further improvements are needed at an NHS contractor branded “unsafe” for failing to deliver medication to thousands of critically ill patients on time, the latest inspection by the pharmacy watchdog has found.

In June the Bureau revealed that Healthcare at Home was failing to deliver drugs on time to patients suffering from chronic serious illnesses such as cancer and multiple sclerosis.

The firm’s chief executive Mike Gordon stepped down from the role shortly afterwards and an interim CEO was appointed.

At the time of the Bureau’s report the firm was under orders to improve from the industry watchdog, the General Pharmaceutical Council, following an inspection in April.

The watchdog conducted a repeat inspection on July 28 and found that while “some progress had been made”, with numbers of complaints stabilised and more staff in place, additional improvements were required.

“There is still a considerable amount of work to do to eliminate the backlog of complaints and to show that the causes of complaint are identified so that services can be improved,” the Council said in a statement to the Bureau.

“In addition, more needs to be done to ensure the risks to patients caused by late delivery of medicines are recorded, monitored and acted on.

Healthcare at Home also need to ensure that any proposed changes to their organisational structure, changes to arrangements for delivering medicines to patients and their capacity to take on more patients or additional services are assessed much more robustly.”

The Council will carry out a further follow-up inspection in two months to assess progress, it added.

In the meantime, the NHS Choices website continues to receive a steady flow of negative reviews from patients.

Sarah Ashdown, whose mother relies on Healthcare at Home to deliver Enbrel, a drug she needs for her severe arthritis, contacted the Bureau after five scheduled deliveries had failed to turn up.

“My mother no longer has any medication left. She contacted them by phone and email so many times but is ignored. The hospital can’t help and she has no other way of getting her medication,” Ashdown said. “She is in tears with frustration.”

The Enbrel eventually arrived on the afternoon of 1st August, having originally been scheduled for delivery on 21st July.

Natalie Douglas, Healthcare at Home’s chief executive, who joined the business in June said: “Due to patient confidentiality we cannot comment on individual cases, however I apologise for any inconvenience caused to patients due to missed deliveries.”

A new “business recovery task force team” set up to address the General Pharmaceutical Council’s initial recommendations had made “significant improvements”, she added.

“The team is hard at work moving the critical service levels in the right direction with further progress already being recorded following the [Council] inspection that took place four weeks ago.”

One of the criticisms made by the General Pharmaceutical Council after its original inspection related to Healthcare at Home’s ability to cope with an increased number of patients arising from another company’s withdrawal from the homecare market.

The watchdog reported that the firm’s capacity to take on more work was not fully considered and that customer service teams were “overwhelmed” by calls from people whose deliveries had not arrived on schedule.

The Bureau can now reveal that Healthcare at Home has unsuccessfully sued a Scottish authority for taking firms’ ability to recruit staff to meet increased workloads into account when making a procurement decision.

In 2010 Scotland’s Common Services Agency re-tendered a cancer drug delivery and nursing contract that had been held by Healthcare at Home.

After the firm lost out to BUPA – partly due to a lack of detail about its ability to recruit staff to meet additional workloads – it sued, losing at every stage including, finally, the Supreme Court.

The Scottish Court of Sessions judgment in the case shows that BUPA had “edged ahead” of Healthcare at Home by providing greater detail on how it would cope with an increase in workload as well as being clearer on its exit strategy.

“BUPA included detail of predicted nursing staff numbers required to support varying degrees of activity. Information provided included trigger points for recruitment, how the staff numbers had been calculated alongside an implementation timeline and how it will be met.

[Healthcare at Home] indicated that an increase in business volumes could be met within company resources but gave no evidence on how this would be structured and managed,” the judgment says.

Healthcare at Home argued in court that consideration of staffing levels was “irrelevant” and should not be a criterion for contract award.

But the judges disagreed with the firm on this and other points, finding in favour of the Agency.

On 30 July 2014 Healthcare at Home lost its appeal against this decision in the Supreme Court.

Douglas said: “We accept the decision that the Court has made.”