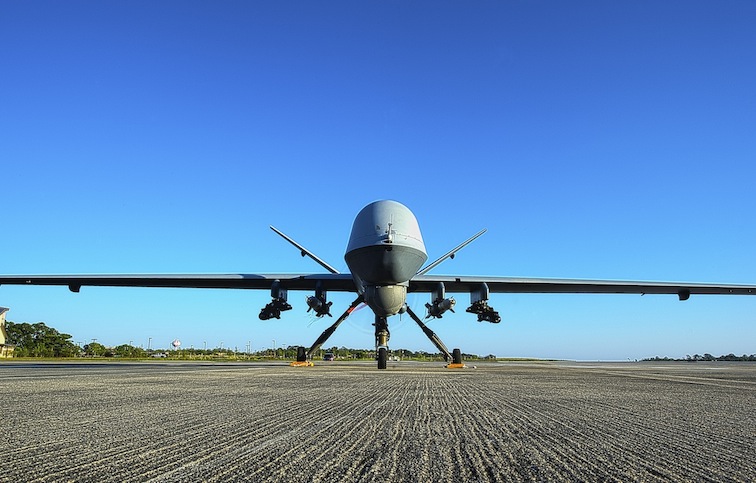 The revival of US drone strikes in Pakistan has come with a “tacit agreement” between the two countries in which each helps eliminate the other’s enemies, Dr Wali Aslam tells the Bureau’s newest podcast.

Listen to the episode here

Currently strikes are taking place in coordination with the Pakistan military’s offensive in North Waziristan – although this is not purely “for the welfare of Pakistan itself”, the University of Bath academic says. Instead, it is part of a relationship in which Pakistan provides “key” information on al Qaeda activities.

The Bureau has noted that the four most recent drone strikes to hit Pakistan have all taken place in an area controlled by Hafiz Gul Bahadur, a warlord who signed a peace deal with the Pakistani government. A tribal elder suggested to Reuters in July that this peace deal was the reason US drones were conducting attacks rather than Pakistani troops.

For the latest episode, recorded in July, Owen Bennett-Jones and Alice Ross went to Birmingham University to meet members of the Institute for Conflict, Cooperation and Security, where they also met other academics interested in security matters, such as Dr Aslam.

Professor Stefan Wolff explains that that drone strikes in Yemen have had some success in tackling the Yemeni armed group al Qaeda in the Arabian Peninsula (AQAP), and have had a knock-on effect on the country’s two internal insurgencies. But when people describe the US intervention in the country as a “model” for Iraq, he said, this is “not so much a policy of choice, but of necessity” as there are no longer troops on the ground for more active engagement.