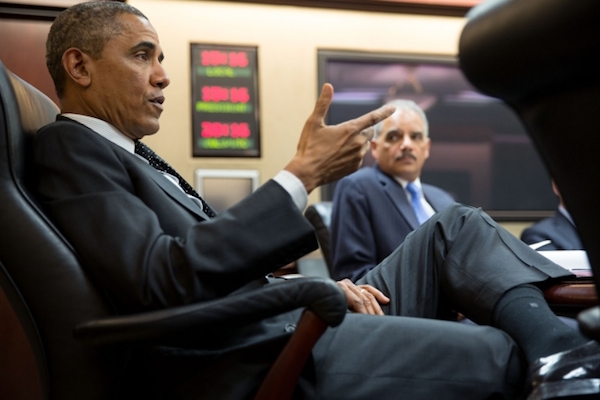 On Monday, a US court ordered the publication of a secret memo outlining the government’s legal justification for killing an American citizen, Anwar al Awlaki.

Al Awlaki (which is spelled in the document as al Aulaqi) was born and raised in the US. In the book and film Dirty Wars, Jeremy Scahill charts his passage from moderate imam to radical preacher, and by 2009 he was considered a major terrorist threat. He was eventually killed in a CIA drone strike in Yemen, in September 2011.

Legal analysts have been quick to dissect the document’s contents, and we have assembled some of the key commentary and analysis below.

But first, some background on the memo and its key arguments.

The document was released, with extensive sections redacted, on the orders of an appeals court, as part of a long-running case filed by the legal campaign group the American Civil Liberties Union (ACLU) and the New York Times.

The memo was produced by the Office of Legal Counsel (OLC) for the attorney general, Eric Holder. It was written in July 2010, more than six months after the first US attempt to kill Awlaki, in December 2009, as the blogger Marcy Wheeler has pointed out.

The memo argues that a US citizen could kill another American overseas – a federal crime – if they are acting under a public authority justification. These are the powers that allow the government and its representatives to perform actions in emergencies that are banned for ordinary citizens, such as speeding, taking property or killing.

The memo claims that military personnel could justifiably target Awlaki, a US citizen, as he was a suspected member of al Qaeda in the Arabian Peninsula. The US argues it is at war with al Qaeda and a range of other non-state armed groups under the Authorization for the Use of Military Force (AUMF), signed soon after the September 11 2001 attacks.

CIA agents could claim the public authority justification to kill a US citizen overseas, the memo adds – even though, as ‘unprivileged belligerents’, they wouldn’t enjoy the same immunity from prosecution overseas as a soldier participating in a legally recognised war.

And despite his status as a US citizen, Awlaki’s Constitutional rights to due process would not prevent his targeting with lethal force, in the context of a war where he posed a ‘continued and imminent threat of violence or death’ to US citizens, the memo states.

It adds that the CIA and Department of Defense (DoD) both claimed ‘they intend to capture rather than target al-Aulaqi if feasible’ but it would be ‘infeasible at this time’.

Mixed reaction
A New York Times editorial was scathing, calling the memo a ‘slapdash pastiche of legal theories … that was clearly tailored to the desired result’. It said the public authority justification was designed to allow, for example, ‘fire trucks to break the speed limit’ – and expanding it in the way proposed by the memo could ‘justify all kinds of government misdeeds’.

International law expert Professor Kevin Jon Heller wrote on the Opinio Juris blog that while the justifications for action by the military hold water, the OLC is on shakier ground when arguing that the CIA is entitled to act. ‘Both the text of the AUMF and the memo’s own citations strongly suggest that the PAJ [public authority justification] is limited to killings committed by the US’s regular armed forces,’ he wrote.

Heller told the Bureau: ‘In the end it was the CIA who killed Awlaki, and the memo spends most of its time discussing the DoD’s role. I’m assuming the authorities thought it would be the DoD that did the shooting. Because of the emphasis on the DoD, the legal analysis relating to the CIA is probably the most inadequate part of the memo – it’s not very convincing.’

On the Just Security blog, law professor Ryan Goodman welcomed the OLC memo’s ‘hidden value’, pointing to its insistence on complying with international law even when looking at domestic law issues such as the criminal liability of US citizens killing other US citizens overseas. He added that the document ‘places principled legal constraints on warfighting and covert action’ – a detail he said was being ignored by many analysts.

But Constitutional law expert Steve Vladeck wrote that the memo fails to ‘resolve anything significant with regard to the constitutionality of targeted killings’.

He told the Bureau: ‘What I found most striking was the narrowness of the analysis. Rather than providing deep insights into the scope of the government’s authority to use lethal force against its own citizens as a general matter, the memo really is focused on the case-specific facts posed by Anwar al-Aulaqi. As a result, the analysis is really only useful for that particular case – and raises as many questions as it answers with respect to the government’s authority in other cases.’

Even for Awlaki’s case, he adds, the memo could not adequately address whether lethal action would be legal.

‘The key here is the observation that the underlying legality of the operation depends entirely on facts that the memo – written 14 months beforehand – could never have properly analysed. Whether Aulaqi really posed an imminent threat, whether no other means of incapacitating him were feasible, and whether the force we used was proportional under the circumstances are questions that can only be answered – by courts – after the fact,’ he told the Bureau.

Brett Max Kaufman of the ACLU – whose post highlighting five key points raised by the memo is here – told the Bureau: ‘The memo offers no right to due process before the fact, and no right to an evaluation of the evidence after the fact before the law. That reserves an extraordinary amount of power for the executive branch.’

He added that the memo fails to specify the standard of evidence used by the ‘high-ranking officials’ who are described as being certain of the risk posed by Awlaki. ‘At times, it appears that if the high-ranking official is convinced, that suffices,’ he says. ‘There’s a big difference between a government official satisfying themselves and the criminal standard of proof, which is beyond reasonable doubt.’

Also on Just Security, former US government national security counsel Jennifer Daskal highlighted some omissions: the memo offers no detail on what defines whether a group is close enough to al Qaeda to be considered an enemy by the US under AUMF. And the memo does not clarify what is meant by an ‘imminent’ threat when using this term to justify Awlaki’s killing, she noted.

On the Lawfare blog, Benjamin Wittes also pondered the lack of definition of what constitutes an ‘imminent’ threat, speculating that the insistence limiting lethal force to situations of imminent threat could stem from secret rules laid down directly by the president – called presidential covert action findings.

Examining the same question on Empty Wheel, security analyst Marcy Wheeler suggested that detail on imminence might be in a previous legal memo that is referred to several times in the OLC document – or that, at the time when the document was written, the term might not yet have real significance attached to it.

The concept of ‘imminent’ threat being used for lethal action has been in the spotlight since the leak last year of a white paper dated November 2011 – after Awlaki’s death – again dealing with targeting a US citizen. This specified that the target must present an imminent threat to US interests – but added this ‘does not require the United States to have clear evidence that a specific attack on US persons and interests will take place in the immediate future’.

Daphne Eviatar, legal counsel for campaign group Human Rights First, questioned whether al Qaeda is still powerful enough to be considered a legitimate enemy of the US – citing Obama’s own repeated statements that the organisation has been ‘decimated’.

Brett Max Kaufman told the Bureau the memo may be the first in a series of such disclosures – the courts have a list of related documents, and may order the release of further legal memos.

A CIA drone strike killed Anwar al Awlaki, along with three others, on September 30 2011. His 16-year-old son, Abdulrahman, died in a separate drone strike two weeks later. The US government has said Abdulrahman was not the target of the strike that killed him – so no such document exists for him.