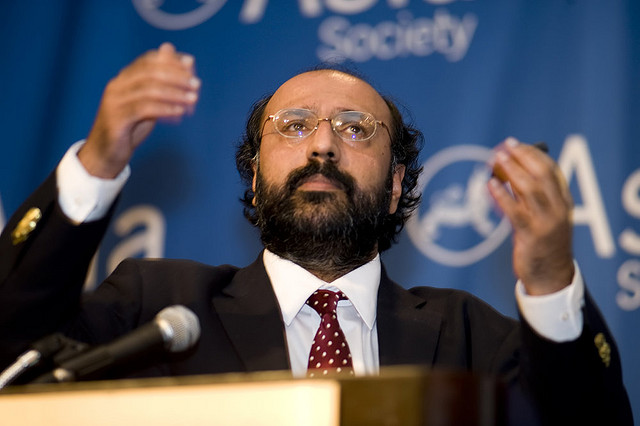 The five-month pause in drone strikes has not stopped Taliban attacks in Pakistan’s tribal regions, academic Hassan Abbas tells the Bureau’s podcast. This is despite the often-repeated claim that terrorist attacks are in response to drone strikes.

Abbas is a professor at the National Defense University in Washington who specialises in national security and militancy. He is the author of The Taliban Revival.

Listen to the podcast here

There has not been a drone strike reported in Pakistan since Christmas Day 2013. The Bureau reported earlier this year that this hiatus, now in its sixth month, followed a request from the Pakistani government to suspend the attacks to allow peace talks to take place with the Pakistani Taliban.

But, says Abbas, there has been ‘no corresponding decrease in the number of suicide attacks’ taking place in the tribal belt. Without the drone strikes, the Taliban will ‘find another narrative’.

Abbas is based in Washington DC, where he says the current rumour is that drone strikes will be suspended for a year, maybe 18 months, to give the Pakistani government space to tackle the threat posed by the Taliban in its own way – whether through talks or military action. Peace talks with the Taliban have recently collapsed and the army has conducted a series of air strikes and other attacks on the tribal frontier bordering Afghanistan. These have reportedly killed scores of alleged militants but there have also been reports of civilian casualties and extensive damage to property.

‘The problem was that in the west, this tactic [of drone strikes] was converted into a strategy, which was bad policy,’ he says.

Also in the podcast, Alice Ross and Owen Bennett-Jones discusses Obama’s major speech on foreign policy, the rising tide of anger in Australia over the death in a drone strike of one of their citizens, and reports of Marilyn Monroe’s secret past in drone manufacture.