May 16, 2014 by Maeve McClenaghan and Melanie Newman
Published in: All Stories, Investigating Rape
Tweet
Email this 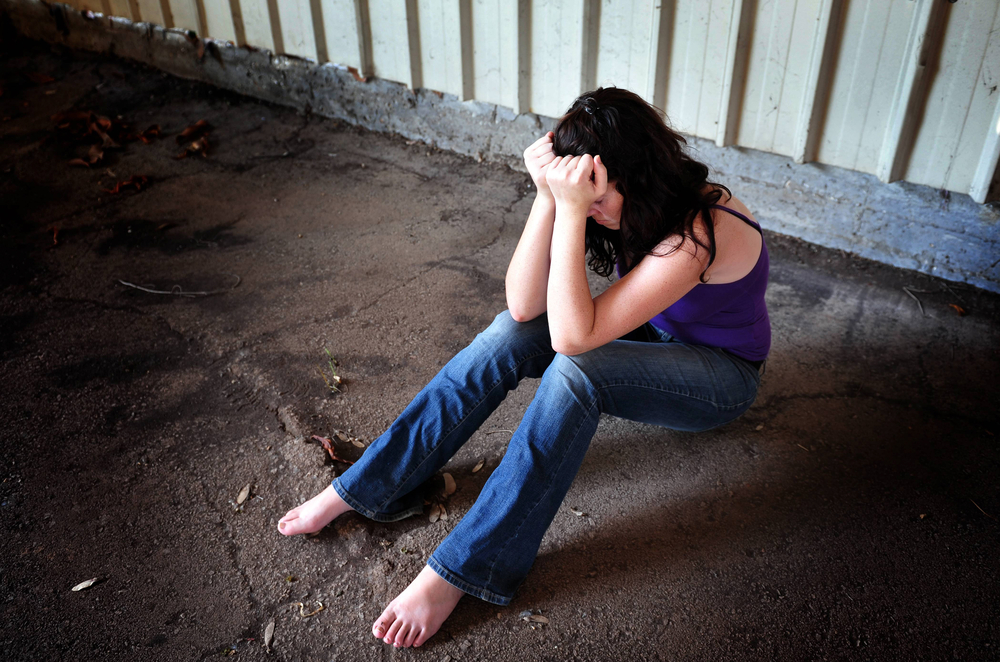 Campaigners have expressed alarm over new statistics produced by the Ministry of Justice which show a dramatic drop in the conviction rate for sexual offences in the past year, from 61% in 2012 to just 55% in 2013.

These latest figures follow the Bureau’s revelation earlier this month that the actual number of successful convictions of rape dropped last year. The Bureau’s investigation into the prosecution of rape found that despite an increase in offences the number of rape cases taken to court has also dropped dramatically.

Keir Starmer, who was in charge of the CPS until November 2013 told the Bureau: ‘We initially thought that the numbers might be plateauing and would continue the upward trend.’

‘But then they started to go down.

‘And it is not due to rape offences dropping, I am certain about that.’

The new figures from the MOJ are for sexual offences as a whole – not just rape. The huge drop in the conviction rate adds further to the sense that something is going wrong.

In response to the figures Yvette Cooper, the shadow home secretary, said: ‘It is alarming that convictions for sex offences are falling at a time when the number of recorded offences is rising sharply.

‘We have warned David Cameron and Theresa May for some time that there is a growing justice gap and more serious criminals are getting away with the their crimes without facing prosecution or the courts – let alone conviction.

‘It’s time the Home Secretary took action to make sure victims get the justice they deserve.’ 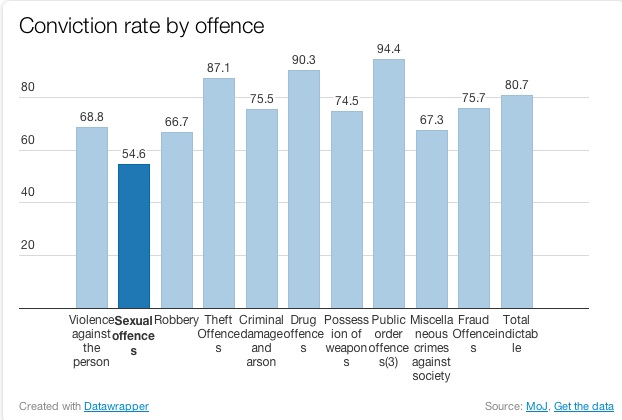 Other work by the Bureau has revealed dramatic cuts to CPS staff numbers after the organisation’s budget was cut by 27%. FOIs to the CPS showed that its legal team had been reduced by 31% since 2010. Higher court advocate numbers were slashed by 44%, and the number of barristers reduced by 27% since 2010.

Related story: CPS under fire from judges as its ranks are cut by a third since 2010

The Bureau’s work on rape prosecutions has shown that the attrition rate – the number of cases that drop out before conviction – is so high that a former senior adviser to the Metropolitan Police Service, Professor Betsy Stanko told the Bureau that for many rape victims the crime has effectively been decriminalised.

Analysis of figures produced through Freedom of Information requests revealed that up to a third of all rape allegations made to police in some parts of London were never recorded as crimes at all in 2013.

Related story: Met dismisses up to a third of rape allegations

In one shocking case reported to the Bureau a woman was told her rape allegation would not be taken up by the CPS in part because she had been wearing Spanx underwear at the time.

A CPS spokesperson said: ‘The effective prosecution of rape continues to be a key priority for the CPS. The CPS and ACPO have been working together for many months to investigate the reasons behind the drop in the number of rape cases referred by police to CPS, as identified in the last CPS report on Violence Against in Women and Girls published July 2013.

‘As part of this longstanding piece of work, a meeting was held between police and prosecutors in September and a joint national rape scrutiny panel was convened in April to analyse the drop in referrals.

‘A joint CPS/police action plan resulting from this ongoing work on referral rates, but looking at all aspects of prosecuting rape cases from investigations to prosecutions and trials, will be published shortly. It will set out a number of actions for police and prosecutors to improve the way these cases are handled. The specific actions will be announced in due course.’

Read all our work on rape prosecutions here.

Rape Crisis says findings are cause for “grave concern”

Only after a woman complains is allegation recorded as a ‘crime of sexual assault’.