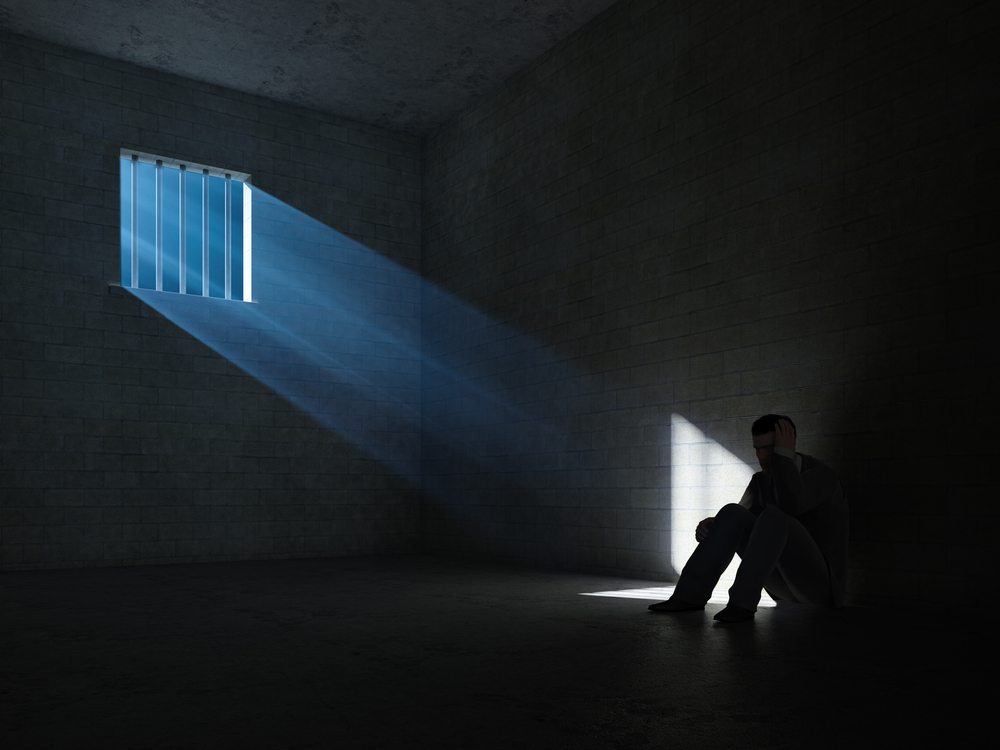 Gordon McPherson was convicted of a joint enterprise murder along with eight other defendants, in 2004.

The case involved a drive-by shooting in Sheffield. McPherson, who was then 24, claimed he was not in the car at the time of the shooting. The prosecution relied on evidence of a mobile telephone being used near the shooting, and at the burning of the getaway vehicle. McPherson denies the mobile belonged to him.

He received a 22 year sentence, and was convicted along with Dean Pinnock.

In 2006, another of those convicted, Leon Bryan admitted that he was responsible for shooting the gun. The case went to appeal but the judges found that Bryan’s confession was ‘not credible’ and all of the convictions against the defendants were upheld.

Ten years on and McPherson is serving his sentence in HMP Full Sutton and he claims that by maintaining his innocence he is facing extra hurdles to release.

‘I will not and could not admit to the offence I’m in for, I’m fully innocent,’ McPherson told the Bureau, writing to us from his prison cell.

‘When I say this to prison staff or probation they tell me “we go by the court’s verdict” and my denial will end up holding me back.’

He also claims that one probation official warned him continued denial may mean he is never released.

‘I was told that I can’t move as I have not lowered my risk… numerous times I’ve been told that it is hard to get a lower category prison to except me because I am denying my offence and therefore there are no courses available for me in those prisons,’ he added.

Prisoners are ranked in categories of risk from Basic to Enhanced based on their perceived risk to the public. Those assessed as being Enhanced and with a lower risk can be offered the opportunity to partake in day-release trips.

“We have anecdotal evidence from client discussions of how maintaining innocence can make it very difficult for them”– Mark Gettleson, Howard League for Penal Reform

People convicted of the most serious crimes will enter the prison system as a highly-ranked category, but can reduce that categorisation through good behaviour and addressing their crimes.

The Parole Board and Prison Service maintain that there is no policy to prevent a lifer from progressing through the system, and a new Ministry of Justice policy document released in November 2013 stated that ‘the fact that someone is in denial of their offence should not automatically prevent them from progressing through the privilege levels, including to Enhanced level. It is a prisoner’s commitment to rehabilitation, good behaviour and willingness to use their time in custody constructively which should determine whether they meet required standards.’

However, the Prisoner Advice Service call this a ‘highly mendacious line of argument’.

‘Clearly denial of guilt does affect the timing of release and despite the ongoing debate around prisoners maintaining innocence in the last few years neither the Prison Service or the Parole Board have made any real progress to resolve the issue,’ writes Matthew Evans, former managing solicitor of the Prisoner Advice Service.

Mark Gettleson is Campaigns and Communications Manager at the Howard League for Penal Reform. He told the Bureau, ‘We have anecdotal evidence from client discussions of how maintaining innocence can make it very difficult for them. There is case law that says that maintaining innocence should not prevent progression. But of course it does, as a number of courses require you to accept your offending behaviour to engage fully. This is a particular problem with joint enterprise because just being present at the scene can amount to joint enterprise, even if you did not have any active part.’

In June 2013 a study by Dr Dennis Eady, a consultant to Cardiff University’s Law School Innocence Project, drew together responses from 101 people who were convicted using the joint enterprise doctrine, including 81 people facing life sentences.

Of those on life sentences 36 reported perceived categorisation problems, including trouble with courses and finding it hard to progress through the system.

James Wood QC, who has acted for clients in numerous joint enterprise cases, sums up the collective feeling of many convicted under the doctrine. ‘Many prisoners have a real sense of injustice because they haven’t actually committed the crime but are convicted because they were there – it’s not a miscarriage of justice because the law has properly convicted them because of their presence, even though they have done nothing. Something’s got to change.’

Dr Andrew Green is one of the founders of INNOCENT, a campaign group that explores potential miscarriages of justice. He explained ‘Secondary participants in joint criminal enterprises often seem confused about their guilt, probably because no one has explained their legal position to them properly. They think, quite reasonably, that because they did not physically commit the crime for which they have been convicted, and did not anticipate it would be committed, and were even opposed to it being committed or ignorant that it had been committed at the time, they cannot be guilty of it.

‘However the current application of the law permits juries to draw conclusions that they were associated with the enterprise and knew what the actual perpetrator might do, from such evidence as presence at the scene, or communication with others alleged to be part of the same enterprise. So, technically, they are not wrongly convicted, and probably their only hope of getting out of prison is to agree they are guilty because they mixed with the wrong kind of people,’ added Green.