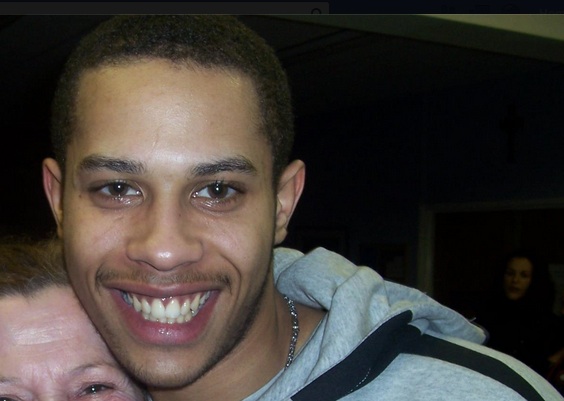 It was the summer of 2011 and Wayne Collins, a barber from Luton, went to Birmingham to spend the weekend with some friends. They went to a party, got drunk, went clubbing and Collins ended up staying the night at the flat of a friend of a friend.

The next day a friend took Collins to retrieve his car, which he had parked elsewhere at the start of the weekend. A stranger to the city, Collins had no idea where he had left it. On the way there his friend made a detour to the Barton Arms in Aston. There was a group of 15 or so men milling around. Collins got out and joined his friend. After a time the group set about smashing up the pub and setting fire to it. Collins, who didn’t know the area, stayed where he was. During the rioting the police arrived and a helicopter circled above. When the crowd started running, so did Collins, looking over his shoulder as someone fired at the police. CCTV footage shows Collins did nothing other than stay with the group.

Under the law of joint enterprise, his presence at the scene of the crime and association with two co-defendants – one of whom was found guilty of firing a gun – was enough to get him convicted. His phone was traced to the same location as one of the gunmen earlier in the day, so it was inferred that he would have known the man had a gun and planned to use it.

The prosecution also argued that Collins could have left the scene but chose to stay with those rioting, and that in doing so his presence encouraged their actions.

This made Collins complicit in a joint enterprise – his presence an encouragement, his association meaning that he shared a common purpose to commit the subsequent crimes.

He was there…does that make him guilty, does that justify 18 years?
Collins’ aunt

The judge at trial said Collins ‘played no active role’ in the rioting, but sentenced him to six years in prison for this offence. When it came to arson and being reckless as to endanger life, the judge said: ‘Although you played no part in the events at the Barton Arms, your presence there encouraged others.’ He gave him six years for this as well. He was also convicted of the joint enterprise of possession of a weapon. Added together his count was a sentence of 18 years.

His aunt, Deborah Taylor, insists on his innocence. ‘He was there,’ she says, ‘but does that make him guilty, does that justify 18 years? He had no firearm, he’s never had one. How could he be convicted?’

Collins’ solicitor, Nigel Leskin, was also shocked by the sentence: ‘I thought at worst he might get up to four years for violent disorder because he was there with the group during the damage to the pub and stayed with them. But he wasn’t alongside the gunman when the gun was fired and did nothing to encourage him. He did not do anything. When the judge said 18 years I was incredibly shocked. Even if he knew the man had a gun, and he said he didn’t, and even though he went out with him and others, he didn’t actually do anything.’

Collins’ case went to appeal in December 2013. In January the court ruled that his sentence and conviction would be upheld.

He wasn’t alongside the gunman when the gun was fired and did nothing to encourage him.
Nigel Leskin, lawyer

His legal team told the Bureau: ‘We find that decision remarkable, but there is no further appeal that can be had in this country. We are now looking at ways of challenging the sentence before the European Court of Human Rights.’