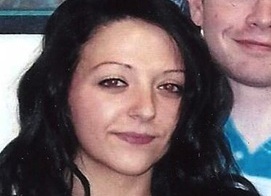 Laura Mitchell: ‘I did not want a fight’

Laura Mitchell, her boyfriend Michael Hall, and two other men were convicted of murdering Andrew Ayres during a fight that flared up over a taxi outside a Bradford pub in January 2007. After the trial, the police described the group as ‘absolute animals’ who, fuelled by heavy drinking, had turned into a wild gang. Press reports labelled Mitchell and her co-defendants drunken yobs who had mindlessly battered someone to death.

Mitchell was 22 at the time, a single mother with a five- year-old son. Gloria Morrison, a campaigner who helps support those convicted under joint enterprise, has visited Mitchell in prison. ‘She’s tiny and softly spoken. She told me her story, and I saw how biased the newspaper reports were. I think she feels very lost.’

When I was in the car park looking for my shoe[s] I was not there encouraging anyone. I did not want a fight
Laura Mitchell

During the trial, the court heard that in the early hours of a January morning, a fight broke out over a taxi outside a pub. Mitchell had no previous history of violence, but on that night, she was undoubtedly in the thick of the fight. When things died down, Mitchell began to look for her shoes – backless stilettos, according to her younger sister Casey – which had come off during the fight. Unbeknownst to her, she claims, two of her co-defendants then went to a nearby house and returned to the car park with a mace, CS gas and knuckledusters. A more vicious fight began, during which Ayres was murdered. ‘When I was in the car park looking for my shoe[s] I was not there encouraging anyone. I did not want a fight,’ Laura Mitchell told the court.

Solicitor Simon Natas is concerned that there has been a miscarriage of justice, pointing out that she was elsewhere in the car park when Ayres was killed. The story the jury was left to consider, Natas explains, was that ‘the spontaneous violence that occurred during the argument over the taxi and the second fatal assault were part of a single joint enterprise.’ This meant Mitchell was deemed as guilty as the man who stamped on Ayres’ face and killed him.

The Court of Appeal upheld her conviction on the basis that her continued presence in the car park amounted to assistance or encouragement even if she didn’t actually take part in the assault. ‘That,’ says Natas, ‘is a very problematic basis on which to convict someone of murder and sentence them to life imprisonment.’ Mitchell was so broken by the appeal ruling, says her sister Casey, that if she had the chance to appeal again, she may not even try a second time.

Mitchell’s son lives with his father and visits Casey and his grandmother once a month. They take him to visit Mitchell in prison. ‘It’s horrible to see her there and leave her there,’ says her sister. Laura didn’t do well at school and was pregnant at 16. But according to her sister, she had got her life back on track, was a good mother, and had been accepted for a trainee midwifery course at the time of murder. She is serving a life sentence with a minimum term of 13.5 years. When she gets out in 2021 her child will be grown up.

When Derek Buxton, a Manchester solicitor with 30 years experience, read about Mitchell’s case, he said it was one that jumped out at him. Now acting pro bono for Mitchell, he has contacted the Criminal Cases Review Commission (CCRC) with information, which he thinks could be the first steps to a second appeal.

In January 2014, Buxton contacted the Bradford Telegraph and Argus. They ran two articles. In one, unusually, the paper named three prosecution witnesses asking them to come forward. It was after receiving one interesting but anonymous call regarding a key witness statement that he wrote to the CCRC. He hopes they will follow up the anonymous call, and contact the relevant witness whose details will be in their files. He also visited Carl Holmes at HMO Gartree. Holmes, who pleaded guilty to the murder, gave Buxton a statement in which he said Mitchell had nothing to do with the murder. He had planned to give this in court but his legal team advised him not to.