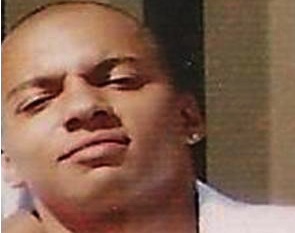 Leah Pinnock, an accountant from Nottingham, is convinced her brother Dean is serving a life sentence for a murder he didn’t commit.

In December 2002, Dean, aged 18 at the time, travelled with a friend from his home town of Nottingham to Sheffield to do some Christmas shopping and hang out. At around 7pm, he was at a fried chicken shop with some other home friends. A scuffle broke out inside the shop between some local lads and his Nottingham friends. Dean and another friend had their mobile phones stolen.

Later that night, in another part of Sheffield, a nightclub bouncer was shot and killed in what appeared to be a drive-by shooting. CCTV footage of the scene showed what police believed to be a convoy of cars travelling around the car from which the shots were fired. The next day, a car matching the make and model of that used in the shooting was found burned out near Nottingham.

The police could not identify the gunman, nor any of those present. But relying largely on evidence of where certain mobile phones were at certain times, they linked the incident at the chicken joint to the shooting and the burning of the car.

How is this possible? How are people allowed to send an innocent boy to prison?
Leah Pinnock

Pinnock and eight others were charged with murder under joint enterprise. The prosecution case was that having been ‘disrespected’ in Sheffield, the Nottingham lads called friends back home and began ‘marshalling troops’ for a revenge attack. A car was borrowed in Nottingham and a convoy of vehicles assembled. The convoy travelled to Sheffield and the gunman randomly chose his victim as a display of power and control.

Pinnock didn’t deny witnessing the incident at the fried chicken joint, but insists he was not involved in either that fight nor the murder. No evidence puts Pinnock at the scene of the shooting, but he was present when the car was burned. He says he was just there with friends, and no evidence links him to the actual burning of the car. The prosecution, however, convinced the jury that he must have been part of the plan to commit the murder, having been present at the two incidents.

I am puzzled by your involvement.
Judge to Pinnock

Sentencing Pinnock, the trial judge said, ‘I am puzzled by your involvement.’ He was sentenced to a minimum term of 20 years. The man who actually admitted to burning the car was not charged at all and became a prosecution witness at trial.

Leah says she will never stop fighting to prove her brother’s innocence. ‘How is this possible? How are people allowed to send an innocent boy to prison?’

The gunman subsequently confessed to pulling the trigger, saying it was an accident. He also said Pinnock wasn’t present. But when the case went to appeal, the judges said his confession was ‘not credible’ and all of the convictions against the defendants were upheld.