March 12, 2014 by Nick Mathiason
Published in: All Stories, Corporate Watch, Finance: Out of Control?
Tweet
Email this 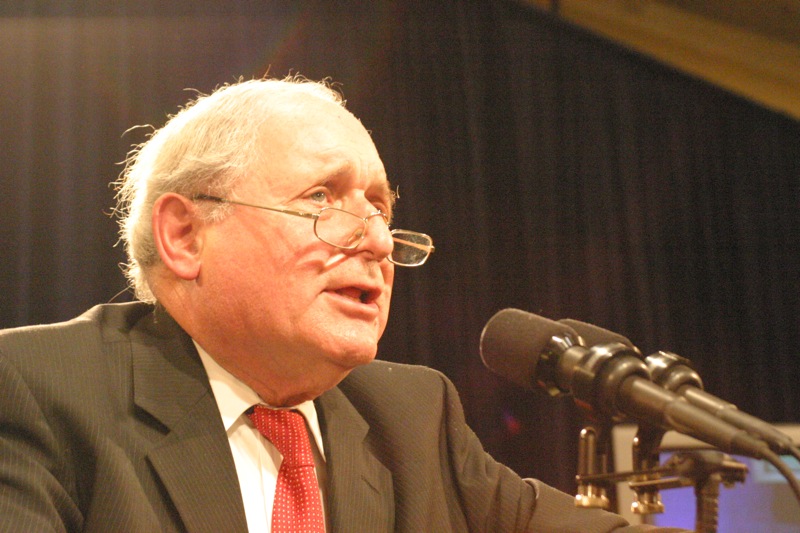 The US government makes vast interest payments to technology giants including Apple and Microsoft on the billions of dollars they shelter from tax offshore.

This means American taxpayers in effect pay interest to tech giants on their offshore cash which is held there for tax reduction purposes.

There is no suggestion that any of the companies’ activities are in any way unlawful.

Estimated $124bn in US Treasuries

The Bureau estimates the cash-rich digital companies hold $124bn in US Treasury securities – the remaining $39bn is held in US government agency debt. The amount invested by Apple, Microsoft, Google and Cisco is so large they would collectively be the 14th biggest overseas purchaser of Treasury securities, above Singapore and Norway.

‘If a US multinational puts its offshore cash into a US bank and uses the money to buy US treasuries, stocks and bonds, those funds ought to be treated as having been repatriated and subject to US tax’
– Senator Carl Levin

In total, the four leading US digital firms have accumulated cash, cash equivalents and marketable securities worth $255bn in their foreign subsidiaries, which they state in SEC filings could be liable for corporation tax if repatriated to the United States.

If this cash was brought onshore and taxed at the current US corporation tax rate of 35%, it would produce a $89bn windfall for the US Treasury – equivalent to 17% of America’s projected $514bn budget deficit this year.

Senator Carl Levin, chairman of the Senate’s permanent subcommittee on investigations, when made aware of the Bureau’s findings, said: ‘If a US multinational puts its offshore cash into a US bank and uses the money to buy US treasuries, stocks and bonds, those funds ought to be treated as having been repatriated and subject to US tax.’

The revelation that American taxpayers effectively pay tech firms interest as they shelter hundreds of billions from tax comes as a coalition of US digital companies resist international attempts co-ordinated by the OECD to close loopholes that allow companies to shift profits to low tax jurisdictions.

SEC disclosures by these four companies shows that of this cashpile, $255bn is held in foreign subsidiaries that would be subject to tax if repatriated to the US.

Analysis of the filings shows America’s technology giants invested $163 billion in US Treasury and US government agency debt.

The overwhelming majority of this cash, which the Bureau estimates to be $124bn, is held directly in US Treasury debt. The remaining £39bn is invested in US government agency bonds.

‘This is a ridiculous situation,’ said University of Michigan professor of law, Reuven Avi-Yonah. ‘The result is US taxpayers pay interest on this money as opposed to the government receiving taxes. Bringing this cash onshore and taxing it at 35% would significantly help reduce the annual deficit of the US government,’ said Avi-Yonah.

We asked the digital companies if they could justify a situation in which US taxpayers hand over interest payments to companies that are avoiding the immediate payment of US tax by keeping cash offshore rather than repatriating it. Only Cisco Systems, which holds $40.4bn of cash in foreign subsidiaries and has $27.8bn in Treasury bonds, directly addressed the issue on the record.

The company said: ‘Cisco pays all taxes that are due. The cash held in Cisco’s non-US subsidiaries is generated from Cisco’s international operations. Cisco has approximately 50% of its employees outside the US and Cisco’s sales are approximately 50% from non-US customers.

Apple declined to comment other than to issue a series of bullet points that said: ‘We pay all the taxes we owe – every single dollar. We not only comply with the laws, but we comply with the spirit of the laws. We don’t depend on tax gimmicks. Apple carefully manages its foreign cash holdings to support its overseas operations in the best interests of its shareholders. Apple pays an extraordinary amount in US taxes.’

The company added that it believes it is the largest corporate income tax payer in the US, having paid nearly $6 billion in taxes to the US Treasury in the 2012 financial year.

Privately, some of the digital giants state what stops them repatriating their growing cash hordes are what they consider to be a punitive 35% US corporate tax rate. Only if the US government reduces the rate will they return the cash onshore, they argue.

The United States’ federal corporate tax rate is the highest among the OECD’s 34 member countries. Though a report two years ago from the Congressional Budget Office found that the total amount of corporate federal taxes paid by US firms fell to 12.1% of profits – the lowest level since 1972.

And in a number of European countries where corporate tax rates are far lower, there is growing clamour from politicians and campaigners for multinationals such as Apple and Google to stop shifting profits to jurisdictions such as Luxembourg. The perfectly legal strategy has the effect of substantially reducing taxes on profits made in lucrative consumer markets.

Microsoft is by a long way the biggest technology sector investor in US securities with $64.9bn tied up in US sovereign and US government agency debt. It is the only company of the four that does not separate its holdings between the two investments.

A Microsoft spokesman said the company ‘complies with the tax rules in each jurisdiction in which it operates and pays billions of dollars each year in total taxes, including U.S. federal, state, and local taxes and foreign taxes. The tax rules that we follow in the U.S. generally provide for the deferral of U.S. tax on the earnings of foreign subsidiaries until those earnings are repatriated in the form of dividends.’

A senior international tax policymaker agreed that US taxpayers paying interest to digital giants investing in US bonds was “a bizarre situation”. The policymaker took issue with the tech giants argument that they defer tax payments rather than seeking to ultimately avoid them.

There is growing concern that the huge cash mountains held by the world’s biggest companies represent a threat to global financial stability. Over a thousand of the biggest US non-financial firms hold $1.48 trillion in cash, reported Moody’s, the credit rating agency last September. Over one fifth of the US corporate cashpile is held by Apple, Microsoft, Google and Cisco.

Yesterday, Bloomberg reported that the 317 largest US-based companies have accumulated $1.95 trillion outside the US – up 11.8% on last year.

‘We have got a new savings glut – a corporate savings glut – and what’s driving it is tax,’ said Cormac Hollingsworth, research associate at the influential UK-based Social Market Foundation thinktank and a former senior bond trader at a leading European bank.

Binary options trading is sold as an investment opportunity but in reality it’s a very risky gamble or a straight-up scam. Police say it’s become the biggest fraud in the UK.

A London solicitor has begun a legal battle with an online investment company that is accused of scamming people from all over the world. If successful the case could open the floodgates to thousands of claimants who say they have been ripped off by what is known as binary options – a scheme sold as an investment opportunity that in reality is a gamble or straight-up scam.

The Bureau spoke to dozens of people targeted by an international scheme that is sold as an investment opportunity but in reality is a gamble or straight-up scam.