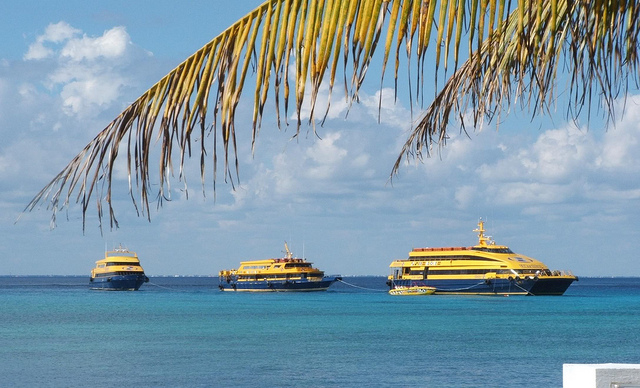 Members of the House of Lords are set to be banned from lobbying ministers for money in a shake-up of Parliamentary rules following an expose by the Bureau of Investigative Journalism.

Proposed changes to the Lords Code of Conduct will ban peers from lobbying members of either the Commons or Lords, ministers or government officials ‘in return for payment or other reward’.

Staff who work for them and who hold a Parliamentary pass will also be required to register ‘all third-party employment’ regardless of whether or not that employer is engaged in Parliamentary lobbying.

In addition peers will also have to register any gift or hospitality worth more than £140 compared to the previous limit of £500. This brings it into line with the threshold for Government ministers.

In its report, setting out the new rules, the House of Lords Privileges and Conduct Committee, specifically mentions the case of Lord Blencathra as a reason why the changes are necessary.

In a report for the Independent in 2012, the Bureau of Investigative Journalism revealed that the former MP and Tory chief whip was being paid by the Cayman Islands government to represent the interests of its financial services industry.

As part of his job he had written to the Chancellor George Osborne asking him to reduce the burden of air passenger transport taxes on the Caymans. He had also facilitated an all-expenses-paid trip to the islands for three senior MPs, including the chairman of the influential Conservative backbench 1922 Committee.

But a complaint against him was rejected by the Lords authorities on the grounds that there was ‘no evidence that Lord Blencathra exercised parliamentary influence on behalf of the Cayman Islands Government Office in the United Kingdom’ and that he had therefore not breached the rules at the time.

Lord Blencathra’s letter to the Chancellor was acknowledged by the Lords for Commissioner for Standards as ‘clearly an attempt at lobbying’.

But the investigation found no breach because the peer had made clear that he was not acting in his capacity as a member of the Lords but as director of the Cayman Islands office.

In its report yesterday the committee noted: ‘As currently drafted it (the code) does not explicitly prohibit Members themselves lobbying ministers or officials in return for payment or other incentive or reward.’

It adds: ‘We do not believe this loophole was intended when the prohibition on providing parliamentary services in return for payment was introduced in the 2010 Code.

In addition, recent cases on which we have reported indicate that some Members seemed to believe that providing parliamentary services in return for payment is within the rules so long as it is registered and, where appropriate, declared.

‘That is evidently not the case.’

A footnote to the report references the Lord Blencathra case.

Paul Flynn, the Labour MP who referred Lord Blencathra to the Commissioner for Lords Standards said he welcomed the new rules.

‘This is a welcome development,’  he said.

‘The previous rules had a dangerous loophole that was not compatible to the principles of transparency that should be fundamental to public life.

‘The idea that a peer could divide themselves in two with one half being a lobbyist and the other being a Parliamentarian was always absurd and I am delighted that the Lords Authorities have finally recognised this.’

The new rules should also restrict the number of peers who give Parliamentary passes to individuals who have other full time employment for commercial organisations.

At present Members’ staff are not required to register the name of any other person or organisation employing them unless that employer is engaged in Parliamentary lobbying.

But the report concluded: ‘There can however be a reasonable perception that anyone employing a person who is also working for a Member of the House could gain some advantage not available to others. Such employment should in our opinion be publicly known.’

The new rules will come into effect after being ratified by a vote of the whole House of Lords. No-one from the Privileges and Conduct Committee was available to comment on the report.

Lord Blencathra remains the director of the Cayman Islands Government Office in the UK. In January this year he assisted in an event in London at which Cayman Enterprise City (CEC), a special economic area in which no income tax, corporation tax or capital gains tax is payable, tried to persuade UK technology firms to set up shop in the new zone.

‘Those who attended were genuinely interested and saw the benefits of both Cayman as a pro-business jurisdiction and the CEC zone as a mechanism to easily establish a presence there,” said Lord Blencathra in a press release about the event. ‘We look forward to working with CEC on promoting the benefits of this jurisdiction to the UK market.’