February 6, 2014 by Patrick Galey
Published in: Uncategorized
Tweet
Email this 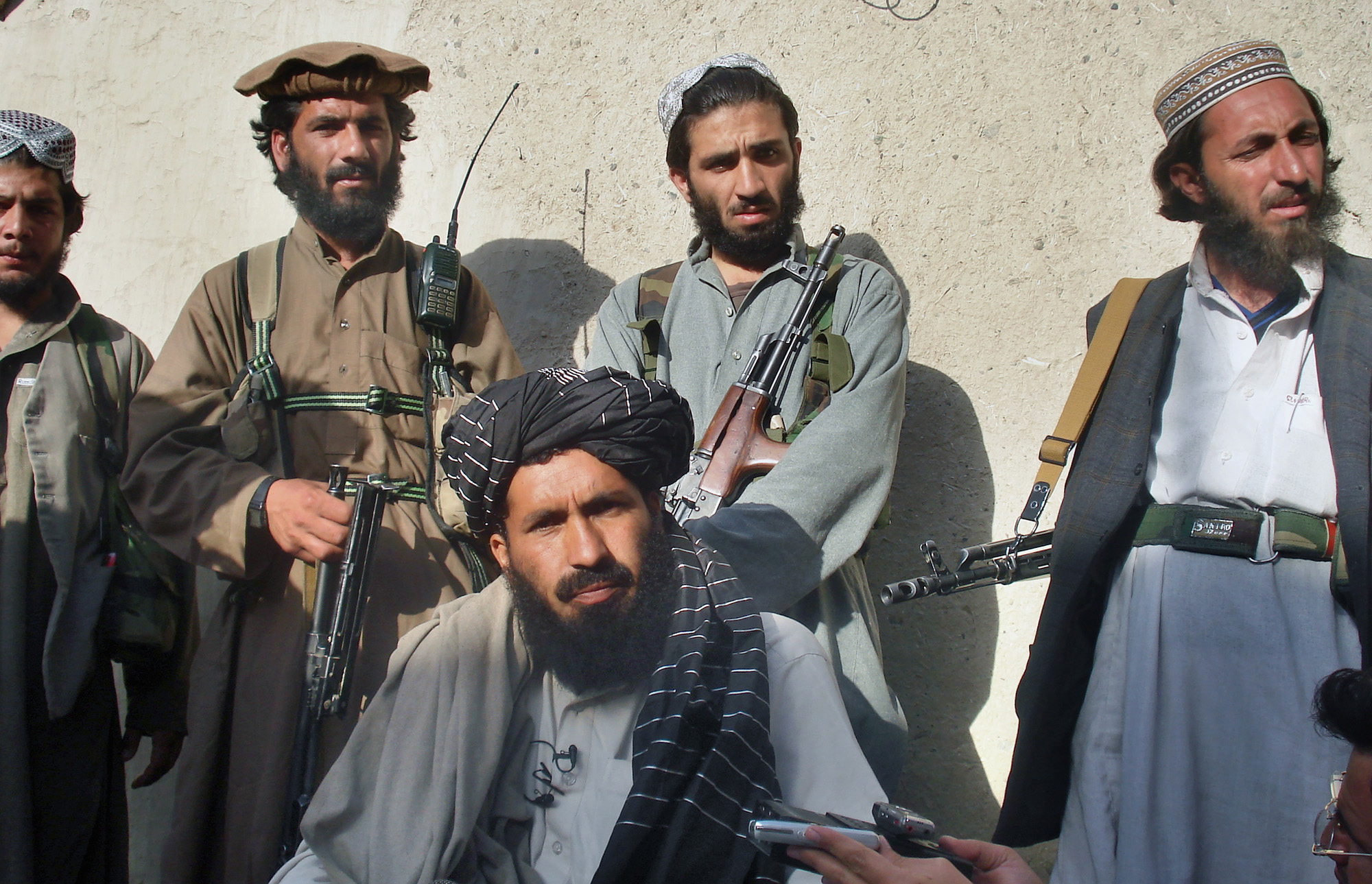 The commander of tribal militia Maulvi Nazir, center, was among four high-ranking militants killed by US drone strikes during Pakistani peace talks in 2013 (AP Photo/Ishtiaq Mahsud)

Peace talks between Pakistani authorities and the Taliban (TTP) have been delayed or derailed at least four times since January 2013 because of US drone strikes on high-ranking militants, the Bureau has found.

It is now 43 days since the last reported US drone strike in Pakistan – the longest hiatus in over two years. Rahimullah Yusufzai, a Peshawar-based reporter who is part of the team negotiating with the TTP on behalf of the Pakistani government, confirmed to the Bureau that Islamabad had asked the US for a cessation of drone strikes during the latest round of peace talks, which started today.

‘Pakistani officials have discussed this with the US ambassador [to Pakistan] and said that serious talks would be derailed by a drone strike,’ Yusufzai said. ‘Today was the first round of talks and if there were no drone strikes it would create a very good atmosphere for the talks to go ahead.’

US officials told the Washington Post on Wednesday that drone strikes had been curtailed at the request of the Pakistani government, adding however that the US would continue to target high-ranking militants.

A White House official, speaking to NBC on Thursday, denied that any informal agreement between the US and Pakistan to curtail drone strikes during peace talks had been reached.

‘The issue whether to negotiate with the Pakistani Taliban is entirely an internal matter for Pakistan,’ the official said.

President Obama, in a speech last year, envisaged a winding down in Pakistan drone activity as NATO forces withdraw from neighbouring Afghanistan by the end of 2014.

‘We will continue to take strikes against high value al Qaeda targets, but also against forces that are massing to support attacks on coalition forces.  But by the end of 2014… the progress we’ve made against core al Qaeda will reduce the need for unmanned strikes,’ Obama said.

It is these high-value strikes which have disrupted or delayed nascent Pakistan-TTP negotiations on at least four occasions in the past 13 months.

On New Year’s Day 2013, the Pakistani authorities released eight ‘senior’ Taliban members, including Afghanistan’s former justice minister, as peace talks between the TTP and Islamabad gathered pace. The Financial Times reported that the freed militants had their release approved by US and Afghan governments. The move was viewed at the time as a significant step towards a prolonged cessation of hostilities.

A day later, a US drone strike in Wana, South Waziristan, killed senior Taliban commander Maulvi Nazir. Nazir was leader of a faction of the ‘good’ Taliban, so called because it had reached a peace deal with the Pakistani government and focused instead on attacking US and Nato troops over the border in Afghanistan.

One Pakistani security official told AFP that Nazir’s death – described by local media as ‘perhaps the most prized feather in the cap’ of the CIA’s drone program – was a significant impediment to peace talks.

‘There will be a setback in a way. He was one of those who were keeping his area under effective control and preventing the [TTP] from operating there. So it will make a difference,’ the official was quoted as saying.

In April and May, there was a 42-day lull in strikes that coincided with Pakistan’s general election. The new prime minister, Nawaz Sharif, had pledged to open negotiations with the TTP. But the TTP’s offer of peace talks was rescinded after a drone killed deputy commander Wali Ur Rehman in North Waziristan on May 29 2013.

‘We had made the offer for peace talks with the government with good intention but we think that these drone attacks are carried out with the approval of the government so we announce the end of the talks process,’ TTP spokesman Ahsanullah Ahsan told AP.

The group also vowed to renew attacks against Pakistani security forces in retaliation for the strike.

Abdullah Khan, of the Conflict Monitoring Centre, an Islamabad-based think tank that monitors militant movement, told the Bureau the death of Rehman – widely viewed as a unifying figure within the TTP – had significantly impaired future talks.

‘Rehman actually visited Pakistani representatives but he was eliminated,’ he said.

Three months after taking office, Pakistani prime minister Nawaf Sharif won the backing of the country’s 12 major political parties in September 2013 to reignite peace talks with the TTP. On November 1, the Pakistani high commission in London announced high level negotiations with the TTP had begun. That very night, a missile fired from a US drone hit a vehicle on the outskirts of Miranshah, North Waziristan, killing TTP commander Hakimullah Mehsud.

The TTP swiftly called off the talks and vowed revenge for Mehsud’s death. Pakistani politicians were apoplectic. Interior minister Chaudry Nisar Ali Khan claimed the US strike was a deliberate attempt to ‘murder’ peace negotiations. Pakistan filed a formal request to the US ambassador and complained about the strike at the UN Security Council.

‘Our efforts have been ambushed and it was not an ambush from the front,’ Khan said.

‘The Taliban held only one condition for the peace talks and that was that drone attacks must end,’ Khan said after Mehsud’s death. ‘But just before the talks began we saw this sabotage.’

Three weeks later, as the fallout from Mehsud’s death continued, Sharif’s veteran national security adviser, Sartaj Aziz, announced he had received assurances from the US that it would refrain from drone strikes in Pakistan’s tribal areas while talks with the TTP remained on the table.

In the early hours of November 21 2013 – the day after Aziz’s announcement – a senior member of the Haqqani Network and key liaison with the TTP Ahmad Jan was killed in a US drone strike on a madrassa in Hangu, KPK.

A TTP spokesman said afterwards it was suspending peace talks with the Pakistani government.

Abdullah Khan said that while the current six-week break in drone activity showed US ‘flexibility and good will towards these talks,’ he believed there was still the possibility of a high-value target strike derailing negotiations.

‘They [the US] do scale down drones on Pakistan’s request and this is something we have seen for the last two or three years. Perhaps this current lull is at Pakistan’s request,’ he said. ‘But if the Americans find a high value target they will target them.’