January 29, 2014 by Bureau Reporter
Published in: Uncategorized
Tweet
Email this 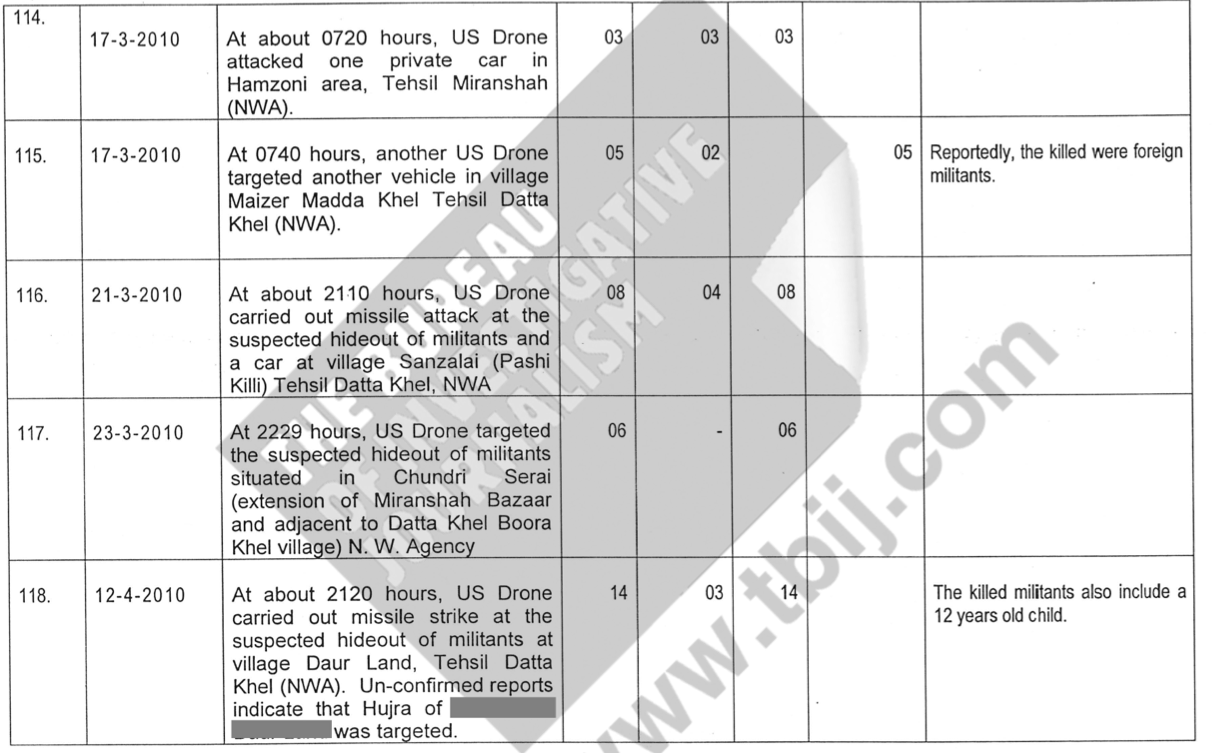 The Bureau has obtained a secret Pakistani document showing the assessment by local officials of over 330 CIA drone strikes dating back as far as 2006.

Officials in the FATA Secretariat, which oversees the tribal areas, compile the document using information obtained from local sources by field agents. Each day the local Political Agent, the ranking officer in the field, submits a Daily Situation Report to the FATA Secretariat, listing any violent incidents in the area that day. The document published here is compiled from those reports.

Get the data here

The Bureau previously obtained and published a section of the same document showing strikes from 2006 to late 2009. The new version includes strikes dating up to the end of September 2013.

Although in some respects the document is detailed – showing the exact times and locations of strikes, for example – it also has striking omissions: none of 2007’s five strikes are shown, and the report almost never notes the names or alleged militant affiliations of the dead. Most strikingly, almost all civilian casualties after the start of 2009 are missing, even in incidents where the Pakistani government has acknowledged civilian deaths.

After consulting with journalists and field researchers who have extensive experience of reporting on Pakistan’s tribal areas, the Bureau has redacted the names of homeowners where they have not been previously identified by other reports, to protect their identity. This is particularly important for more recent incidents but we have decided to redact older names as well for consistency.