January 20, 2014 by Melanie Newman
Published in: Uncategorized
Tweet
Email this 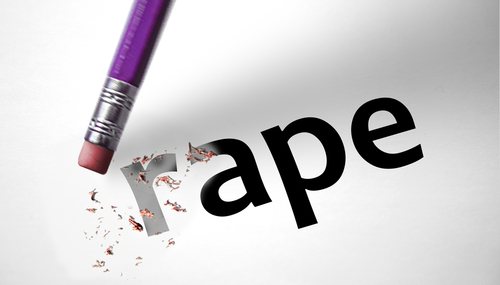 Some rape allegations are dropped before they are recorded as a crime. (Image: Rape via Shutterstock.com)

A rule giving police 72 hours to record crimes is under fire from police chiefs who say allegations of sexual attacks should be taken at face value and recorded immediately as offences.

Under Home Office counting rules police officers are required to record crimes as soon as they are satisfied that it is likely ‘on the balance of probability’  that an offence occurred, and within a maximum of 72 hours from first logging the incident.

Now police leaders have raised concerns over how some forces are applying this rule to rape cases.

The Bureau’s research has found several forces that record sex crimes only after investigation, with the victim’s initial allegation – however credible – viewed as insufficient to justify a crime report. This follows previous revelations by the Bureau that some London boroughs drop huge number of rape allegations.

Kevin Hurley, the Police and Crime Commissioner for Surrey and a former detective chief superintendent with the Metropolitan Police, said in a statement to the Bureau that he opposed the use of the 72 hour rule in rape cases.

‘I disagree with the “72 hour rule”. Rape is a heinous, devastating crime which must always be investigated vigorously,’ he said. ‘ That investigation should be victim-centred, accepting at the first principle what the victim says.’

Jeff Farrar, the national policing lead on crime recording and data, and chief constable of Gwent Police, said the rule was useful for some categories of crime, but should not apply to rape cases reported by the victim.

Mr Farrar said: ‘If someone says “I have been raped”, my view is that should be taken as prima facie evidence of a rape, and the crime should be recorded straight away. If later on evidence shows there was no rape, the report can be classified as a no-crime.

‘I’m aware that view is not shared by all chief constables.’

He explained that those forces who used the 72 hour rule to investigate could then drop some rape cases before they were recorded as a crime, whereas those forces who recorded allegation immediately as a crime would end up with more unsolved cases on their books. ‘You can see that there is an incentive to read the rules in a different way,’ he said.

Although use of the rule has implications for recording of all crime types it may have a particular impact on rape cases, as there is a long history of under-recording of sexual offences.

In 2012 an HMIC report into crime recording found eighteen per cent of forces did not record some serious sexual offences ‘in a timely way’ but delayed classification of these crimes until the initial investigation was complete.

A separate HMIC report on rape investigations published the same year revealed some forces were waiting for clear evidence that a rape had occurred before recording it as a crime.

‘Establishing “clear evidence‟ is contrary  to the requirement of “balance of probability‟ and suggests that some forces may have a higher threshold for converting incidents to crimes than others.’

Both Mr Farrar and Dorset PCC Martyn Underhill, a former detective chief inspector of Sussex police, have raised concerns about the rule to an on-going inquiry by MPs into police manipulation of crime statistics.

‘One thing that does need sorting is the “72 hour rule” that most Forces adopt to serious sexual offence allegations,’ Mr Underhill said in a statement to the public administration select committee.

‘Research shows that what is reported at 3am on a Saturday night as a rape is often downgraded in the cold light of day, hence forces adopting the 72 hour rule. I think this should be stopped, but it will lead to a massive increase in rape allegations that, when scrutinised later, are actually indecent assaults.’

Mr Underhill told the Bureau: ‘My judgement is that any changes of recording crime need to ensure that victim needs are met. With that in mind, I believe the 72 hour rule should be reviewed.

‘A crime should be recorded as soon as the reporting officer is satisfied that a crime has been committed and recording should not be delayed to the end of that 72 hour period, as the time-span is too long for crimes such as rape.’

A spokesman for Devon and Cornwall PCC said using the 72 hour rule to investigate a crime went against the spirit and intention of national recording standards.

‘Devon and Cornwall Police policy in relation to sexual offences, as it is for all reported incidents, is to ‘crime’ at the point of allegation where possible, or as soon as possible thereafter,’ he said.

‘The force does not have a policy of using the 72-hour rule to begin investigating.’

The PCC for Durham, Ron Hogg, agreed that rape should be recorded promptly. ‘When we look historically at Durham’s figures, we have not always been sufficiently prompt in recording rape allegations,’ he said.

Forces that do not immediately record rape allegations as a crime

Bedfordshire Police said it did not record rapes immediately as a crime, or even at the first meeting between police and victim. ‘The incident is not crimed [recorded as an offence] on first attendance, with the priority being victim care and initial forensic and immediate investigative progression,’ a force spokeswoman said. Instead, crime is recorded after a revisit by specialist investigators.

‘In the event that a victim cannot be contacted or revisited, the initial details that have already been logged are used to crime the incident within the 72hrs,’ she added.

Kent Police said it ‘sends an officer to speak with the victim of reported rape incidents to make immediate enquiries. The officer will record the incident as a crime whilst at the scene.’

West Midlands Police said it records all crimes unless there is clear evidence that one did not occur. ‘As a general rule we will see a victim before recording a sexual offence as a crime,’ a spokeswoman said. She added:

‘Securing evidence of a crime can sometimes take a number of hours or even longer – particularly in sexual offences – where victims are very distressed, some of whom require medical treatment, forensic examination, rest and potentially time to recover from the effects of alcohol before they can then give us their clear account.

But this is the exception rather than the rule and we aim to have a specially trained officer with the victim within one hour of the report wherever possible.’

A spokesman for the PCC for Norfolk said: ‘ The recording of the incident as a crime is made on the basis of a probability assessment following initial investigation,’ adding that decisions were not based on the need to establish ‘clear evidence’.

Dyfed Powys Police‘s policy requires allegations of rape to be recorded within twenty four hours of being reported.  ‘We are confident that these procedures enable comprehensive investigations, whilst ensuring that the welfare of the victim remains our first consideration,’ a force spokesman said.

In June 2013 the PCC for Dyfed-Powys raised concerns about delays in sexual offence recording exceeding the 72-hour limit and was told this was ‘sometimes due to the fact that officers would not record a crime until they had conducted a formal interview with the victim. ‘

Merseyside Police formerly encouraged officers to ‘maximise’ their use of the 72-hour rule, but has since acknowledged the potential for misuse.  A policy document issued by the force last year reminded officers: ‘There is a misconception that there is a 72 hour window to record crimes. This is not the case. Investigators must record an offence as soon as it is apparent that an offence has been committed.’