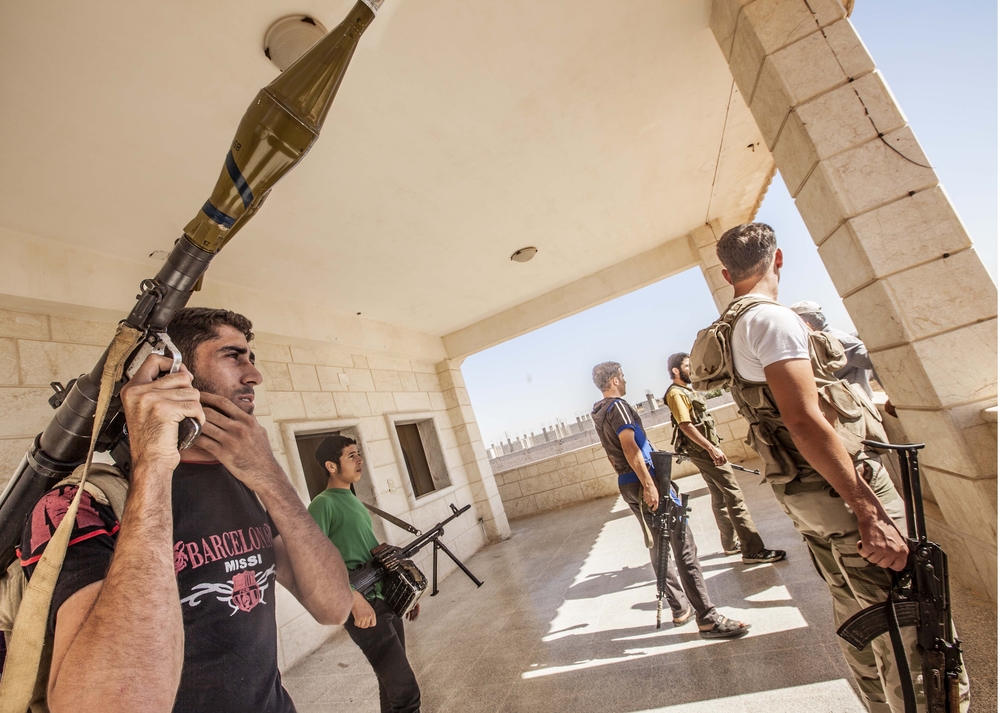 The British government has dramatically escalated its use of secretive citizenship-stripping powers. The rise in cases comes as the government attempts to prevent dual nationals who have gone to fight in Syria from returning to the UK.

During 2013 the Home Secretary, Theresa May, has removed the citizenship of 20 individuals – more than in every other year of the Coalition government put together.

In total, May has removed the citizenship of 37 people since entering office in mid-2010, according to figures assembled by the Bureau of Investigative Journalism.

A former senior Foreign Office official told the Bureau that the steep rise in cases is at least partly due to the large number of British nationals travelling to Syria to participate in the civil war there.

‘This [deprivation of citizenship] is happening. There are somewhere between 40 and 240 Brits in Syria and we are probably not quick as we should be to strip their citizenship,’ the former official said.

The former official described the practice of revoking the citizenship of British nationals fighting in Syria as ‘an open secret’ in Foreign Office circles.

Last week, May told MPs on the Home Affairs Select Committee: ‘There are people who will choose to go and fight in Syria from the UK, and not just from the UK [but] from other countries in Europe and around the rest of the world and who will then return to their country of origin, that is, where they have nationality. Obviously there are a number of options that can be taken in certain circumstances in relation to the deprivation of citizenship.’

The Home Office declined to comment on the reasons for the rise in deprivation of citizenship orders but said: ‘Citizenship is a privilege, not a right, and the Home Secretary will remove British citizenship from individuals where she feels it is conducive to the public good to do so.’

Using powers in the British Nationality Act, the Home Secretary can terminate the British citizenship of dual-nationality individuals if she believes their presence in the UK is ‘not conducive to the public good’, or if they have obtained their citizenship through fraud.

Related story – No place like home: Examining the UK’s increasing use of ‘medieval exile’

Deprivation of citizenship orders can be made with no judicial approval in advance, and take immediate effect – the only route for people to argue their case is through legal appeals.

In all but two known cases, the orders have been issued while the individual is overseas, leaving them stranded abroad during legal appeals that can take years.

The only restriction on the Home Secretary if she is acting on ‘conducive’ grounds is that she cannot make an individual stateless, so in effect the orders can only be used on dual-nationality individuals.

May told the Committee: ‘There are circumstances where it isn’t possible for the government of the United Kingdom to deprive somebody of their citizenship and therefore ensure that they are not able to return to the UK.’

The Home Office has recently been exploring ways to expand citizenship-stripping powers so that they can be used even when individuals have no dual nationality and so will be made stateless, which is currently illegal.

May has held at least one confidential meeting with Coalition MPs to discuss the plans, including inserting an amendment into the Immigration Bill allowing her to remove the nationality of those who have acquired British citizenship, even if it will make them stateless, if they have done something ‘seriously prejudicial to the vital interests’ of the UK.

Benjamin Ward, deputy director of Human Rights Watch Europe and Central Asia Division, said deprivation of citizenship orders could expose individuals to torture or mistreatment in their countries of origin.

‘If there is a national security dimension to the stripping of citizenship and if that is something that would be known to the other country of nationality then that would give rise to concern,’ Ward said.

‘It’s obviously very important that in looking at these issues the UK government complies with its human rights obligations.’

It is not known how many of the recent cases relate to Syria. The Bureau understands that at least one recent case relates to fraud: an individual who came to the UK in the late 1990s and claimed to be fleeing the war in Kosovo. The Home Secretary claims they are in fact from Albania. The Bureau is aware of two previous similar cases.

In February, the Bureau and the Independent revealed how the Coalition government stepped up its use of the orders, using them 16 times up to late 2012. The previous Labour government used the orders five times.

Two of those who lost their citizenship under the Coalition, childhood friends Bilal al-Berjawi and Mohamed Sakr, were later killed in separate drone strikes in Somalia.

A further man, Mahdi Hashi, lost his citizenship last year and was subjected to rendition from Djibouti to New York, where he was held in secret for weeks. When his parents approached the British government for help in finding him, they were told their son was ‘no longer a British national, and as such has no right to receive Consular assistance’. He is now facing terrorism charges.

At least five of those who have lost their nationality were born in the UK – four of whom were members of the same family.

Unlike other counter-terrorism powers such as TPims – the successors to control orders – or surveillance, there is no official scrutiny of deprivation of citizenship and no routine official publication of the orders.

And because it is a civil action rather than a criminal charge, the Home Secretary makes her case to a judge who must decide on the balance of probabilities, instead of needing to convince a jury of the individual’s guilt beyond all reasonable doubt.

Using court documents and news reports, the Bureau has identified the details of 19 cases, providing detail on why those individuals lost their citizenship. Almost every case has been on national security grounds. But many further cases remain unidentified, and the fates of those individuals remains unknown.

The new Home Office figures, released to the Bureau in a Freedom of Information request, show the government has revoked the citizenship of 20 people between January and November 2013. Previously, the highest number of cases in a single year was just six.

One of the new cases is known to be that of Hilal al Jedda, who as the Bureau reported earlier this month recently lost his UK nationality for a second time, weeks after the Supreme Court ruled that an earlier attempt was illegal. The other cases are unknown.

A version of this story appeared in the Independent