December 17, 2013 by Melanie Newman
Published in: Uncategorized
Tweet
Email this 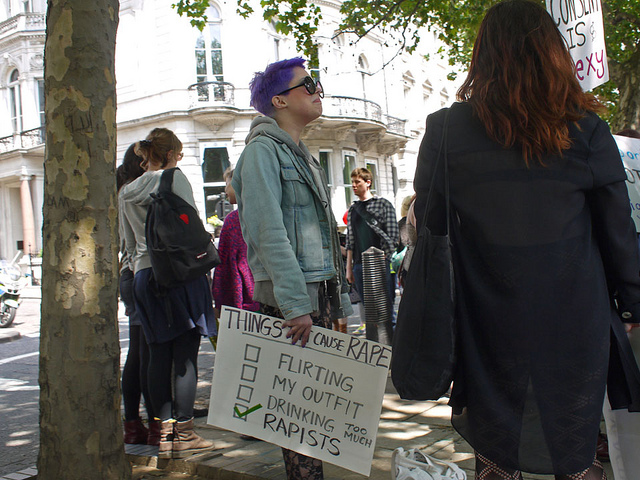 A third of rape allegations reported to the police in seven London boroughs last year were not recorded as crimes.

New data obtained by the Bureau of Investigative Journalism reveals that between 34% and 40% of rape reports in these London boroughs were dismissed by the Metropolitan Police Service as “no-crimes” or “crime related incidents” (CRIs) in 2012, meaning the allegations were dropped.

The data also reveals large variations across London in the percentage of rape reports classified in this way, adding to fears the use of the categories may be being abused by some boroughs. In Barking, just 19% of rape reports were classed as no-crimes or CRIs in 2012, compared with 40% of allegations made in Lambeth, 39% of those made in Bexley and 34% of reports made in Greenwich.

Other London boroughs with high combined rates of no criming and CRIs include Bromley, Sutton, Tower Hamlets and Westminster.

The CRI classification should only be used if the police cannot confirm at the time of recording that a crime has taken place – for example if a caller reports a rape without identifying the victim. No-criming is used where the police initially think a crime has occurred but additional evidence subsequently emerges to show that no criminal offence was committed.

Reports filed as CRIs and no-crimes are not included in official crime statistics. The Bureau has published data showing that in London, numbers of rape no-crimes have fallen in recent years, but numbers of CRIs have risen.

Related story: Hundreds of rapes are not being recorded as crimes by the Met police claims whistleblower

The Independent Police Complaints Commission has previously found that Met officers have over-used both categories in order to reduce numbers of hard-to-solve crimes on their books, making performance objectives easier to reach.

The detection rate (the percentage of recorded crimes which result in a suspect being charged or cautioned) is one performance measure that is vulnerable to manipulation if this type. In 2009 the Met’s specialist sexual offences unit – the Sapphire team – was restructured and detection rate targets were scrapped after it emerged that police were dropping difficult rape cases in order to meet the targets.

The high CRI and no-criming rates in Greenwich and Bexley are particularly concerning.

In 2009 Greenwich Sapphire officers were heavily criticised for failing to properly investigate complaints against black cab driver John Worboys, who was convicted of multiple sexual assaults. As a result of failings in this and other sex crime cases Sapphire was restructured under a central command.

The Greenwich team was combined with the Bexley team into a single unit. Both teams had high no-crime, CRI and detection rates.

A report to the Metropolitan Police Authority said that “remedial training” and “management action” was taken in 2010 to address the unit’s no-crime rate and that its high detection rate was regarded as an “anomaly”.

Although since then numbers of rapes classified as CRIs or no-crimes has fallen in both Bexley and Greenwich they remain very in high in comparison with other boroughs. The Met declined to comment on these figures.

Last month a serving Met police officer told a committee of MPs that the force was still significantly under-recording rapes.

PC James Patrick told the Public Administration Select Committee, which is looking into police manipulation of crime statistics, that he had analysed samples of rape CRIs and no-crime reports in 2013, and had found most were wrongly classified.

PC Patrick is currently facing disciplinary action over a whistle-blowing book about the Met.

‘The discrepancies in these figures are worrying especially after earlier scandals involving proven manipulation of sex crime figures.

‘This  will only fuel speculation that some police managers are resorting to discredited methods to improve their figures,’ he said.

A spokeswoman for the Metropolitan Police Service said:

‘The MPS actively encourages the victims of sexual offences to report those crimes to the police.

Every report of rape will be formally recorded as a crime and will be thoroughly investigated by specialist officers trained to deal sensitively with victims, and specialist rape detectives.”

The force has removed the detection rate – the percentage of recorded crimes that result in a person being charged or cautioned – as a performance measure, she explained.

All “no-crimes” are reviewed by a senior officer, she added. “We aspire to move to a position where we all but eradicate use of this classification.”