December 13, 2013 by Jack Serle
Published in: Uncategorized
Tweet
Email this 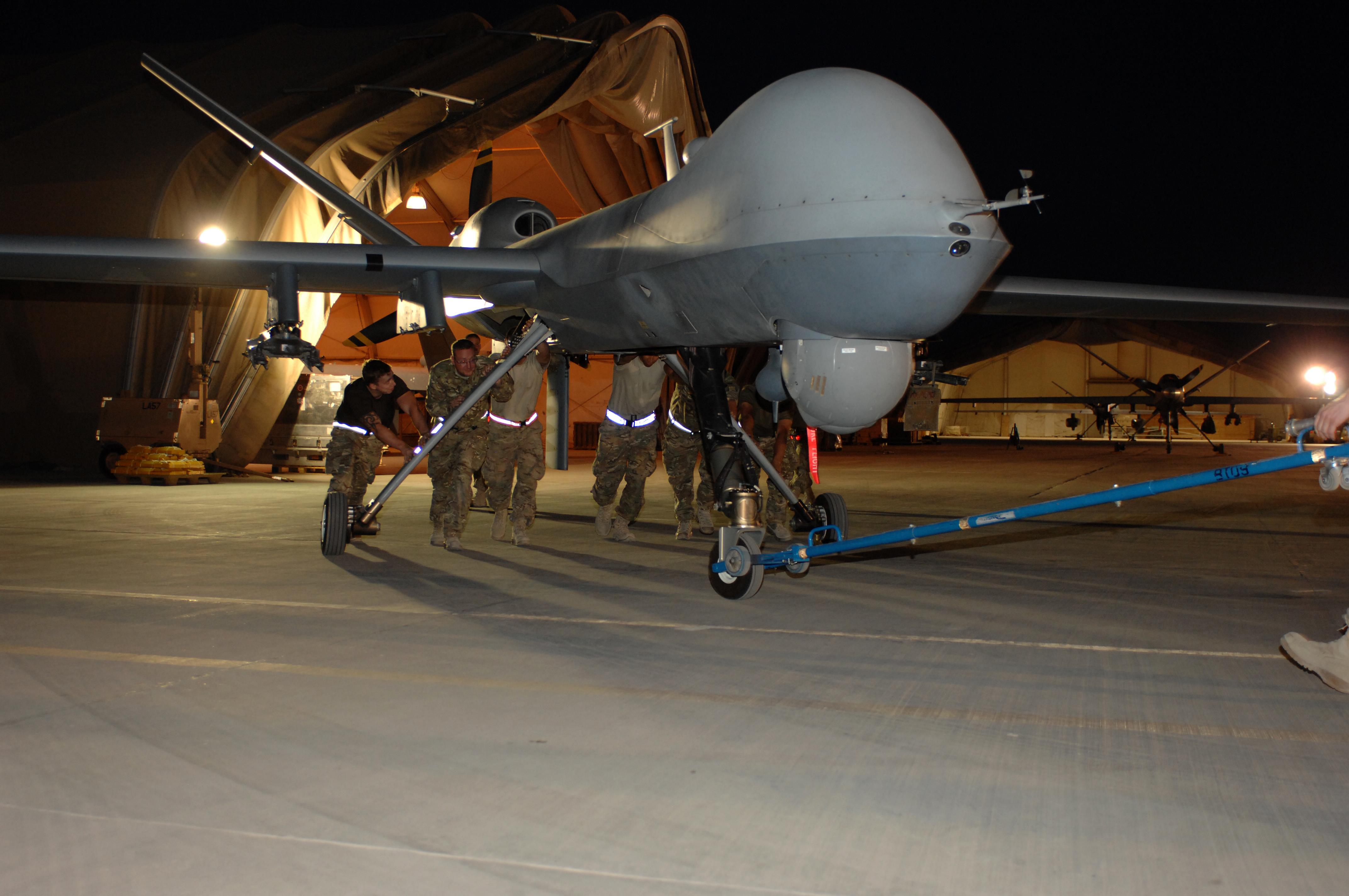 A reported US drone attack in Yemen yesterday is the bloodiest air strike reported in the country so far this year.

A convoy or procession travelling to a wedding in southern Yemen, was attacked by US drones local and international media reported. At least 10 and possibly up to 17 people were reportedly killed. Up to a further 30 people were injured.

Initial reports on the strike disagree over who was killed. Some media report the dead were civilians but others, including the New York Times, report that al Qaeda members were among the wedding party.

The strike reportedly hit four or five vehicles in a convoy of up to 11 in Radaa, capital of al Bayda province and more than 100 miles south of the capital Sanaa. It ‘left charred bodies and burnt out cars on the road’, the Associated Press reported.

The attack has not been confirmed as a drone strike. However if it proves to be a drone hit then it will be the first hit on a wedding party in a covert war setting – Yemen, Pakistan or Somalia, according to the Bureau’s data.

Local media reported the names of up to 19 people killed in the strike. However, some of these names could be duplicates or nom de guerre. Up to four of the dead were identified by local media as al Qaeda members. The rest are described as sheikhs and tribesmen of the al Amer and al Tays families.

UK-based Yemeni activist Omar Mashjari told the Bureau: ‘From what I understand, these two families are notable.’ Mashjari’s family live in the area around Radaa. He described it as a bustling city and important trade hub for the surrounding area. He added that its regional significance made it ‘understandable…that there are certain [al Qaeda] elements there or are involved there or have family there’.

If the initial reports of multiple civilian casualties are accurate, this would represent the highest number of non-combatants killed in an air strike in Yemen since September 2 2012, when 12 civilians were killed in another attack in Radaa. Women and children were among the dead. They were killed as they drove home from market – their mini-van was hit by an air strike, killing all but the driver.

The attack sparked angry demonstrations by the people of al Bayda. The families of the victims and ‘hundreds of armed gunmen‘ demanded an explanation from the government. They ‘closed main roads and vowed to retaliate’. It is unclear what if any local response will be to the latest strike. But the people of Radaa are reportedly outraged.

Civilian casualties have been credibly reported by multiple sources in four air strikes this year, including in three attacks since President Obama made a major policy speech in May outlining rules governing drone strikes. He said: ‘Before any strike is taken, there must be near-certainty that no civilians will be killed or injured – the highest standard we can set.’

Human Rights Watch researcher Letta Tayler said that if the reports of the recent strike are true and US drones have caused multiple civilian casualties then ‘at the very least the United States owes the Yemeni people and the world an explanation of what went wrong.’

Tayler authored a highly detailed investigation into US drone strikes in Yemen in October. This  report for Human Rights Watch called for greater transparency from the US government. She told the Bureau she found the lack of official comment from Washington on the latest strike ‘shocking in light of the fact that the US only a week or two ago apologised for a strike that killed one civilian in Afghanistan.’

In November, it emerged that the CIA had secretly briefed Congress about the death of a child in a strike in Yemen carried out weeks after Obama’s May speech.

There have been at least 29 air strikes reported in Yemen this year. Only one other attack has had casualties in double figures: 12 people were reported killed in a possible drone strike on November 26.

US drones and jets, as well as Yemeni aircraft frequently hit targets in southern Yemen. It is often difficult to ascertain whether a particular attack was from a drone or a manned aircraft. The Bureau has recorded 55 or more confirmed US drone strikes in Yemen since 2002. These attacks have killed at least 269 people. Bureau estimates show at least 12 confirmed strikes by US conventional aircraft as well as cruise missiles have killed at least 144 people in the same period.

The Yemen Air Force is ‘barely functional‘, cannot operate at night and lacks sufficient equipment and training to defend its own airspace. President Abd Rabbo Mansur al Hadi subsequently admitted as much in a speech in Washington in November 2012.

The US has not officially commented on the attack. However, an unnamed official told Reuters: ‘We have no information that corroborates these reports.’